Carolina Panthers owner Jerry Richardson is very excited at the possibility of his team winning its first Super Bowl in franchise history. So excited, in fact, that he's paying for every single Panthers staffer to fly to Santa Clara for the big game. That includes the lowest-level interns all the way up to executives.

The news was reported by FOX Sports 1 reporter Alex Marvis, who cited Panthers president Danny Morrison as informing him of Richardson's good gesture.

In 2004, there were more than 550 members of the Panthers organization. Let's say for the sake of argument there's roughly that same number, but with some new positions created in the last twelve years, we'll round up to an even 600 employees. 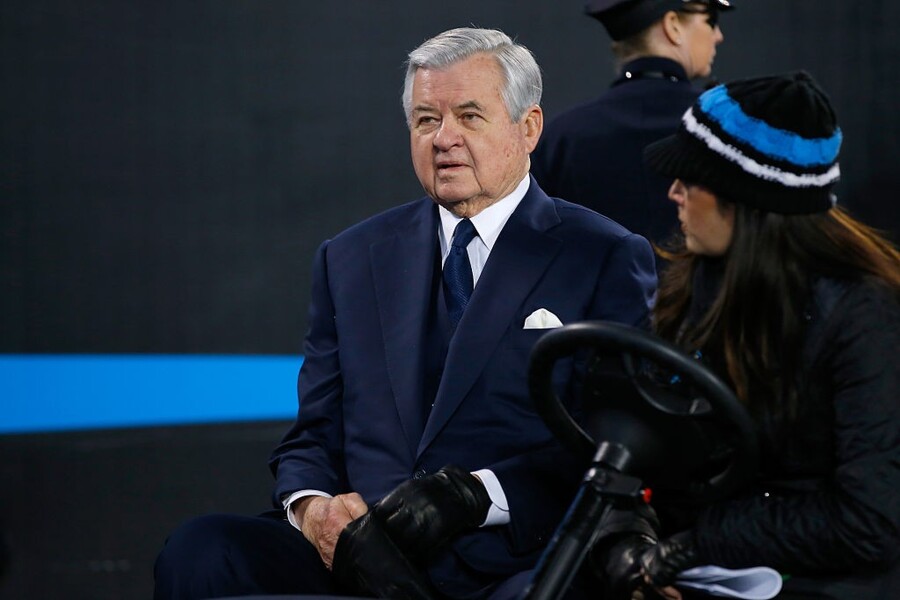 The cheapest nonstop flight currently from Charlotte to San Francisco is $487. Multiply that by 600 employees, and Richardson is paying $292,200 just on flights.

Then, of course, we'd have to assume each employee is also getting a hotel room. To avoid the hassle of checking in on Super Bowl Sunday, he's probably accommodating two nights for each employee. The least expensive hotel within three miles of Levi's Stadium is $290. Again, $290 multiplied by 600 employees is an additional $174,000. That's a total of $466,200.

Richardson likely gets as many Super Bowl tickets as he could possibly want, but what if he doesn't? What if has to purchase every single ticket for his employees? The current lowest price for a ticket is $3,484. Obviously, there aren't 600 tickets at that price, so let's take an average of the lowest and highest non-suite level tickets. The highest are $12,462, so the average ticket is $7,973. At 600 tickets, that's $4,783,800 tacked onto Richardson's bill. If all of these expenses are accurate, Richardson would have spent $5.25 million to get his employees to San Francisco to enjoy the game.

Obviously, it's very unlikely that Richardson has to buy Super Bowl tickets for everyone, and perhaps he brokered a deal with an airline or hotel. But it's a fun hypothetical to think about, and regardless of price, it's a terrific gesture. Now we'll just have to see if the good karma translates to a Super Bowl victory.