The Car LeBron James Drove In High School Is Being Auctioned For More Than $100,000

Since entering the NBA in 2003, LeBron James has made waves across the league. Even his off-court endeavors – a lifetime deal with Nike or a new media network for athletes, for example – draw major headlines. In fact, LeBron's influence on the NBA is so strong that even relics from his high school days are highly sought after.

The 2003 Hummer H2 LeBron drove as a high school senior is going up for auction on Monday. The car will officially be sold on December 8.

LeBron's mother Gloria took out a $50,000 loan to buy the car as a gift for her son. She gave it to him for his 18th birthday. Initially, the car prompted questions over LeBron's eligibility. However, Gloria James provided documentation on the vehicle and any potential controversy subsided. 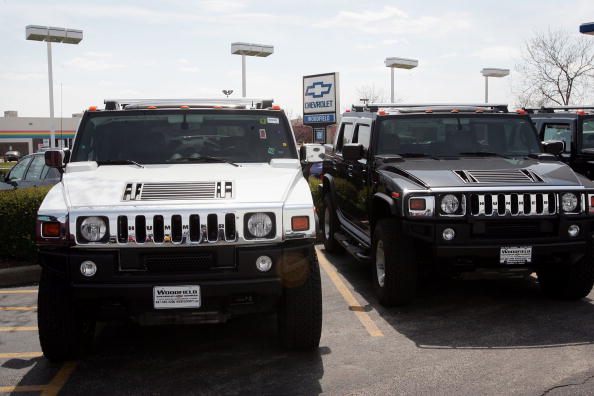 President Ken Goldin of Goldin Auctions – the company hosting the auction – believes the Hummer H2 will fetch at least $100,000. He called the ride "definitely a six-figure piece."

In 2013, the car was purchased for an undisclosed sum. It's been on display at the Greater Cleveland Auction for the past five years.

Whoever ends up buying the car is likely overpaying for it – Kelley Blue Book lists its value as just around $18,000. Of course, that doesn't include the custom sound system and televisions LeBron installed in the car.

Still, you wouldn't think those add-ons would total $82,000. But for the right buyer, it would be pretty cool to say you're driving the same ride in which King James once cruised around town.