Earlier this month, we looked at some NBA players who had refused to get a vaccine against COVID-19. About 95 percent of the league is vaccinated, though several players have opted out for their own reasons. In most cases, an unvaccinated player may lead to some tension within locker rooms, though they'll still be allowed to participate. However, there's one lingering case in Brooklyn that has become even more interesting.

The Brooklyn Nets just announced Kyrie Irving will not be a part of any of the team's games and practices until he's eligible under New York's COVID-19 vaccine mandate. Nets GM Sean Marks made the announcement, stating that Irving "has a choice to make, and he made his choice," and said no player on the team would have "part-time availability."

The vaccine mandate went into effect last month and says anyone entering an indoor gym must have had at least one COVID-19 shot. Those gyms include Brooklyn's Barclays Center and Manhattan's Madison Square Garden, homes of the Nets and Knicks.

Irving had previously been able to practice with the team, as the citywide mandate was adjusted to allow participation in private facilities, like where the Nets practice. But the Nets have decided Irving only being eligible for part of the season wasn't going to fly. 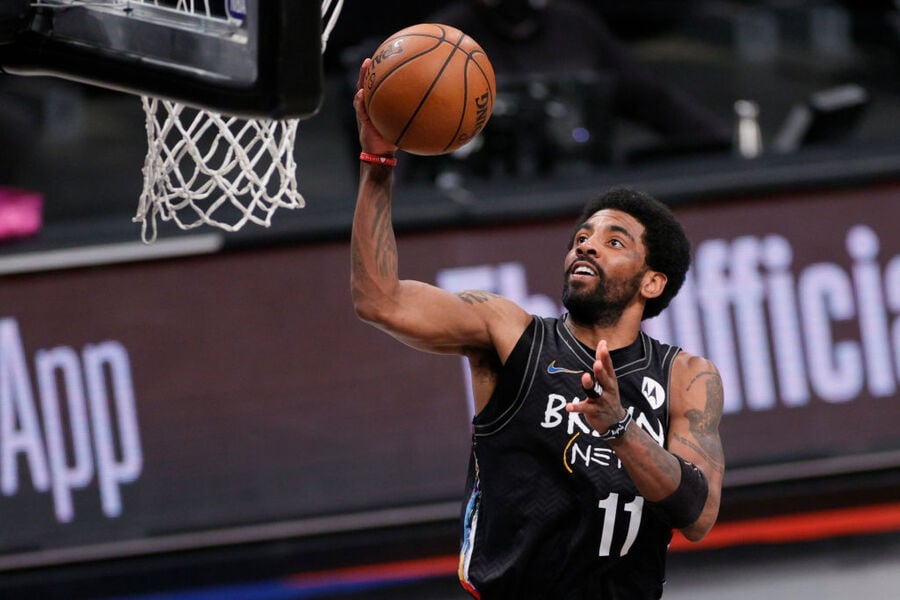 As a result, Irving will give up his paychecks for every Nets home game this season, including two remaining in the preseason, plus two road games at Madison Square Garden. That's $381,000 per game. If he sits out the whole season, he'll forfeit about $16.4 million.

Irving won't lose any money for missing road games, since the decision to sit him came from the Nets and not him personally. However, this move could also hurt Irving's various sponsorship deals, including relationships with Nike and Pepsi.

When directly asked during Tuesday's press conference if Irving has received a vaccine, Marks said, "Well, if he was vaccinated, we wouldn't be having this discussion. I think that's probably pretty clear."

Marks added that "everyone" in the organization was aware of the situation, but the decision was made by him and owner Joe Tsai.

The Nets were entering the season with championship aspirations. Even with Irving sitting, the duo of Kevin Durant and James Harden should be a formidable foe for most opponents. Yet Irving's absence could prove critical throughout the season and into the playoffs.

While it's unlikely, the Nets could also trade Irving instead of keeping him out all season. If he goes to a team outside of New York or San Francisco, he'll be eligible to play. That would be a last resort, though if the relationship between team and player sours enough during the season, it's possible we see Irving on a new team.

Where we won't see Irving is on the Nets bench. At least, not until the citywide mandate changes—or until he gets vaccinated.