Philadelphia holds a special place in Mikal Bridges' heart. He played high school ball just outside the city, he won two NCAA titles with Villanova, and his mom works for the Philadelphia 76ers, serving as the VP of Human Resources. And for a brief moment, it looked like Bridges would continue being a hometown hero: the Sixers selected him with the 10th pick of the NBA Draft.

While he was still doing media interviews about joining the Sixers, news broke that the team had trade him to the Phoenix Suns for Zhaire Smith, the 16th pick in the draft. The Sixers also received a 2021 first-round pick. 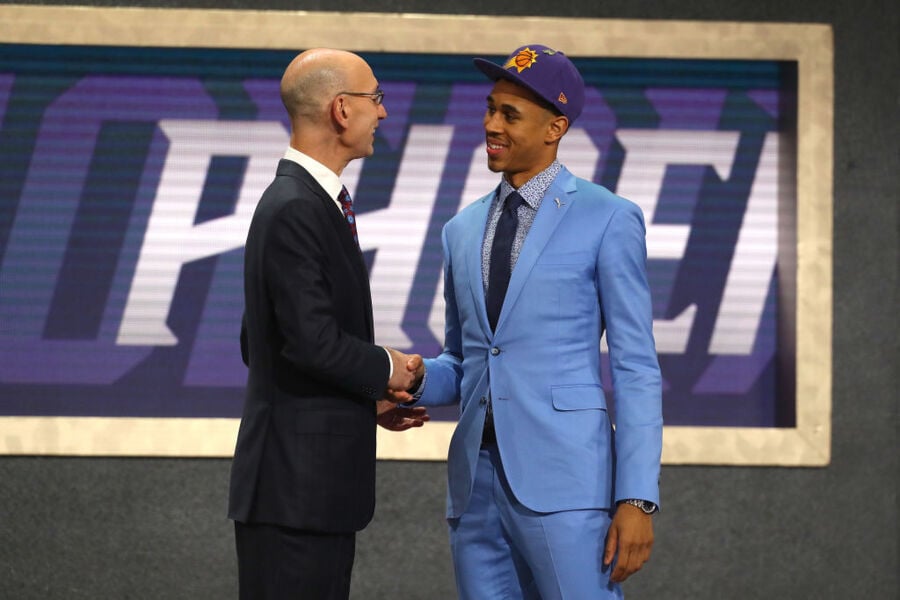 As Sixers head coach and interim GM Brett Brown explained, Bridges was the team's first choice. However, Smith was 1B. He's certainly more of a gamble than Bridges, but his potential ceiling is higher, and Smith will fit in nicely with the 76ers' offense.

When the Suns added in the unprotected 2021 pick, which initially belonged to Miami, the deal was too good to pass up. So, 2021 is looking like the year when high school players will once again be allowed to jump to the NBA, essentially doubling the league's draft class.

Of course, the Sixers may not hold onto the pick for long. They're looking to contend for a championship, and the Heat could be among the worst teams in the NBA three years from now, making the pick a huge bargaining chip.

The Sixers want to recruit another star to play alongside Ben Simmons and Joel Embiid. That pick may come in handy for landing, say, Kawhi Leonard or Paul George in a sign-and-trade.

For Bridges, he joins a rebuilding project with the Phoenix Suns. And while he won't get to play in front of his hometown fans every night, he should still see solid minutes on an exciting young roster.

And let's not forget–it's still pretty cool to make it to the NBA, regardless of where you end up.