The 10 Most Expensive Team Purchases In Sports History

There has never been a better time in history to sell a sports franchise. When looking at the most expensive sports team purchases of all time, most have occurred within just the last few years.

If the reports we're hearing on the day we published the article below are true, a new record was set. And it wasn't just set. It was SMASHED. Prior to this reported sale, the most expensive sports team purchase of all time was the $2.3 billion paid by David Tepper for the NFL's Carolina panthers in 2018.

On Friday April 29, 2022 it was reported that sanctioned Russian billionaire Roman Abramovich had reached a deal to sell Chelsea F.C. to British billionaire Jim Ratcliffe.

According to numerous sources, Jim Ratcliffe just agreed to buy Chelsea F.C. for…

If true, that would be a significant premium over the $250 million Roman is believed to have paid for the team in 2003. So you might assume that Mr. Abramovich is doing a pretty serious celebratory dance today. Unfortunately, that's not the case.

One of the primary stipulations in Roman's U.K. sanctions package was that he could not personally benefit from the sale of Chelsea. Therefore, Ratcliffe is reportedly paying around $3.2 billion of the sale price to a charitable trust Abramovich established upon his announcement the he was going to sell the team. At the time of the deal, Ratcliffe also announced his intention to invest $2.1 billion into the team over the coming years.

UPDATE: A few hours after we published this article with the news of Ratcliffe's reported purchase, conflicting reports began to emerge. Apparently the Ratcliffe deal is not official and a billionaire named Todd Boehly, who is part owner of the LA Dodgers, is apparently in pole-position to acquire the club for $3 billion.

Boehly earned his fortune in the private equity world, as the President of Guggenheim Partners.

Until we learn official numbers, let's assume Chelsea is selling for $3 billion. Either way the sale needs to be approved by British regulators.

Whoever ends up owning Chelsea, for whatever price, if it is a record it likely won't be a record that lasts a long time. In early March the siblings who inherited the Denver Broncos from Pat Bowlen upon his death in 2019, announced that they were putting the team that had been in family since the 1980s up for sale. The Broncos are expected to fetch $5 billion.

So in the meantime, let's take a look at the ten most expensive sports team purchases… 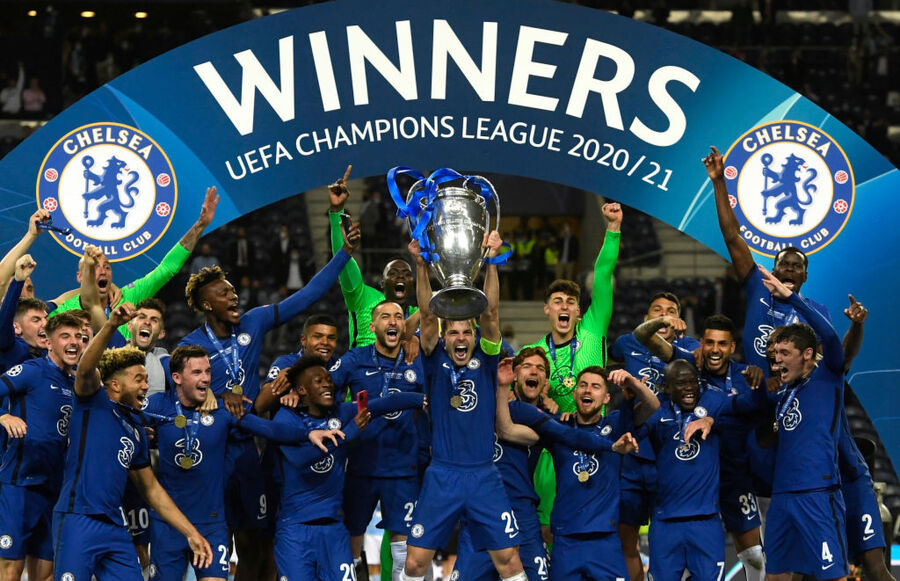 In September 2020, hedge fund billionaire (and alleged inspiration for the show "Billions) Steven A. Cohen agreed to buy 95% the New York Mets at a team valuation of $2.4 billion. Before that transaction Cohen already owned around 8% of the Mets.

The second most expensive sports franchise purchase ever occurred in 2018 when hedge fund billionaire David Tepper bought the Carolina Panthers for $2.3 billion from former owner Jerry Richardson. Richardson faced misconduct allegations due to inappropriate workplace comments and conduct and announced he was selling the team after the 2017 season. The Panthers are just a few years removed from a Super Bowl berth, but missed out on the playoffs this season, the first under Tepper's tenure. 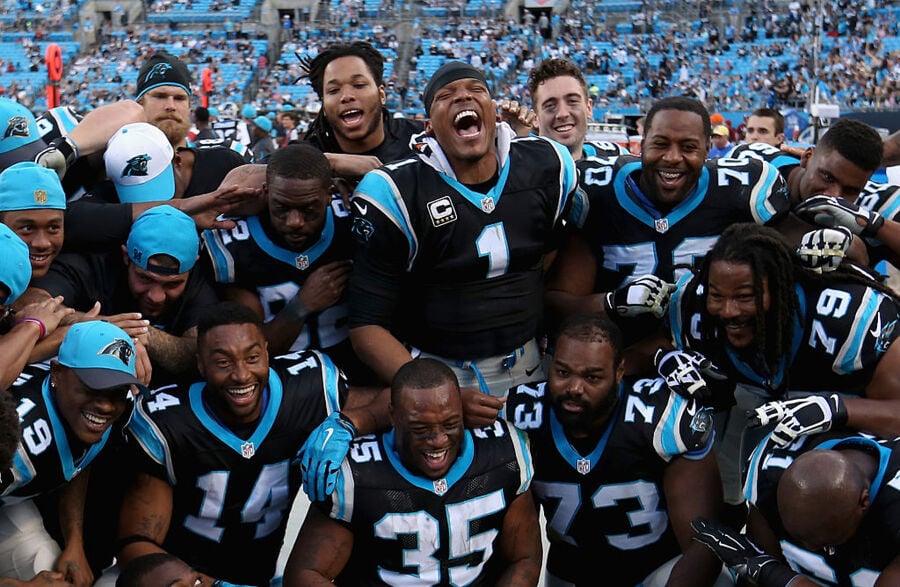 As a kid, you may have wanted to purchase a sports team. How cool would that be? You'd get to have input on personnel decisions, would get court side access to games, and would make a ton of money. Of course, most of us don't have the financial means to own a team, but for Tilman Fertitta, he made his dream come true in 2017. He failed to buy the team when it last sold in 1993; things went better for him the second time around. He had to shell out an NBA-record $2.2 billion to do it, but he's now a part of an exclusive club – just one of 30 owners of an NBA franchise.

Former Clippers owner Donald Sterling had a two-year legal battle with the NBA after a tape came out where Sterling made racist remarks about his team. Sterling was forced to sell the Clippers, and two years later, he settled his lawsuit with the NBA by selling to Microsoft co-founder Steve Ballmer. At the time, it was the most expensive purchase in NBA history. A very hands-on owner, Ballmer can be found on the sideline at Clippers games, cheering his team on. 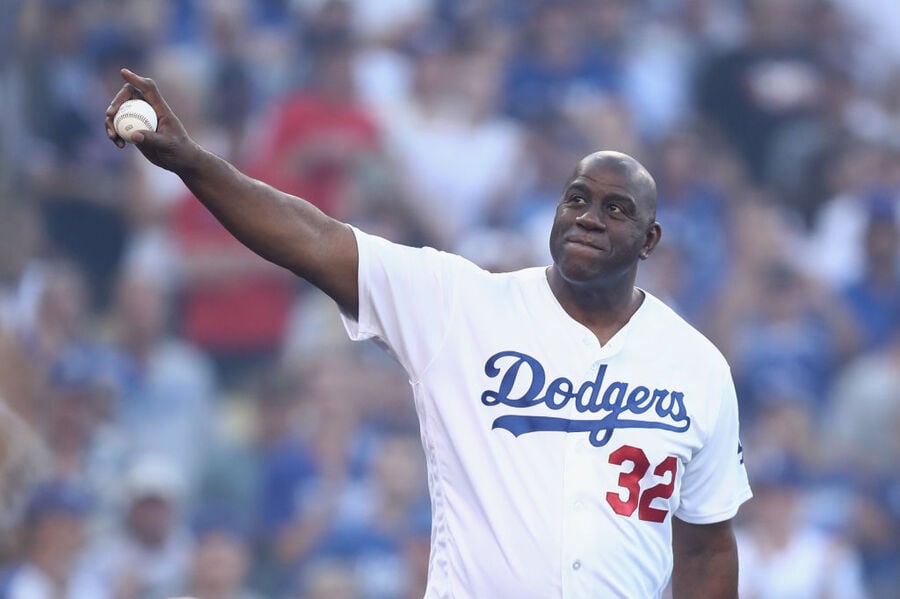 Guggenheim Baseball Management spent an even two billion dollars on the Dodgers in 2012. The group, which includes NBA Hall of Famer Magic Johnson, ended the tumultuous Frank McCourt era in L.A. The Dodgers are among the best teams in baseball right now, having reached the World Series two years in a row.

Malcolm Glazer purchased a majority stake in Manchester United in 2005, making this both the oldest entry on the list, in addition to the only soccer club purchase worth more than a billion dollars. The club had been under private ownership for nearly 100 years. Glazer initially started with just a 3.17 percent stake in the club, but by 2005 his family owned 98 percent. In order to purchase so much equity in the team, Glazer took on a ton of debt in the form of loans, which upset some fans. In an extremely passionate display, angry fans launched their own soccer club, F.C. United of Manchester. Glazer died in 2014, but his death hasn't affected the club's operations.

Terry and Kim Pegula purchased the Bills in 2014. At the time, there were rumors swirling around that the team would move out of Buffalo, but the Pegulas are resolute in keeping the team in western New York. Terry Pegula found success as a natural gas and real estate mogul, and while the Bills haven't quite reached great heights in the NFL, they did break a 17-year playoff drought with a postseason appearance in 2017.

When the Marlins were sold in 2017, the big headline was that Derek Jeter was among the ownership group. But Jeter got some help – billionaire Bruce S. Sherman helped finance the $1.2 billion deal. Sherman, who made his fortune in asset management before retiring in 2009, reportedly spent several hundred million dollars for the purchase, while Jeter put up $25 million of his own money. 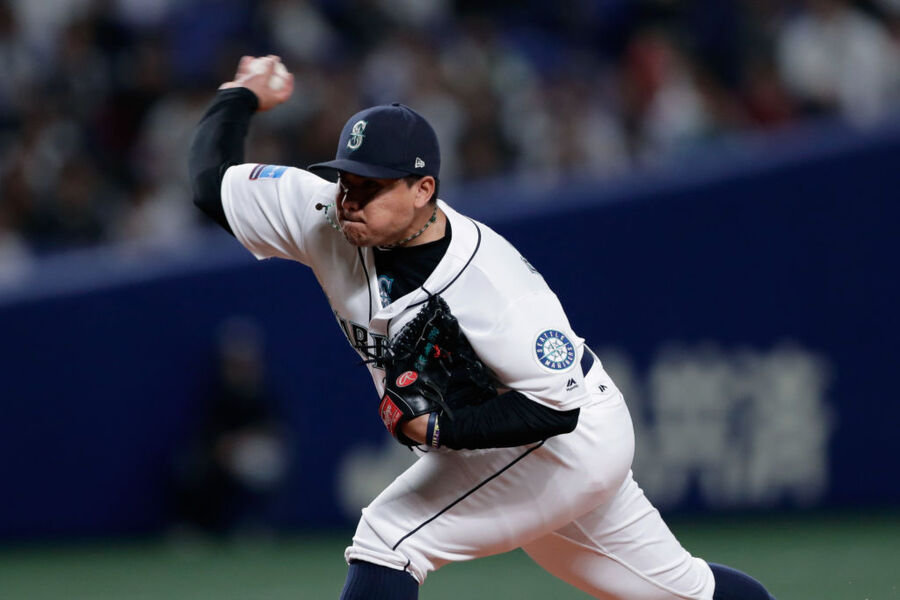 John Stanton led a 17-person local group that wrestled majority control of the Seattle Mariners from Nintendo of America. Stanton and his group bought into the team in 1992, but didn't gain majority control until 2016. The Mariners partnered with DirecTV in 2013 to form the regional Root Sports NW network, which was believed to add at least $200 million to the purchase price for the team.

Canada's largest telecommunication companies Rogers Communications and BCE Inc, purchased 75 percent of the Maple Leafs in 2012 for an even $1 billion, or five times the revenue of the team. Rogers and BCE previously worked together as broadcast partners during the 2010 Winter Olympics in Vancouver.

The 10 Most Expensive Sports Teams: