Thanks To His Back, Michael Porter Jr. Lost Millions Of Dollars

If the NBA Draft happened at the beginning of last season, Michael Porter Jr. would have arguably been the top pick. He was just entering his freshman year at Missouri as one of the most highly touted players, billed as a potential franchise-saving superstar. Coming out of high school, he looked every bit the part.

Unfortunately, this past year didn't go as planned – and it ended up costing him millions of dollars.

The forward injured his back in his very first college game, and essentially missed the entire season. He did return to play in Missouri's SEC Tournament and NCAA Tournament games, but looked like a shell of himself. His usual speed and explosiveness just weren't there, and his conditioning was understandably not at 100 percent.

Still, there was hope around the league that Porter could regain his dominance on the court. But during the pre-draft process, Porter had to cancel several workouts because of hip spasms, and teams began expressing concerns over his long-term health. 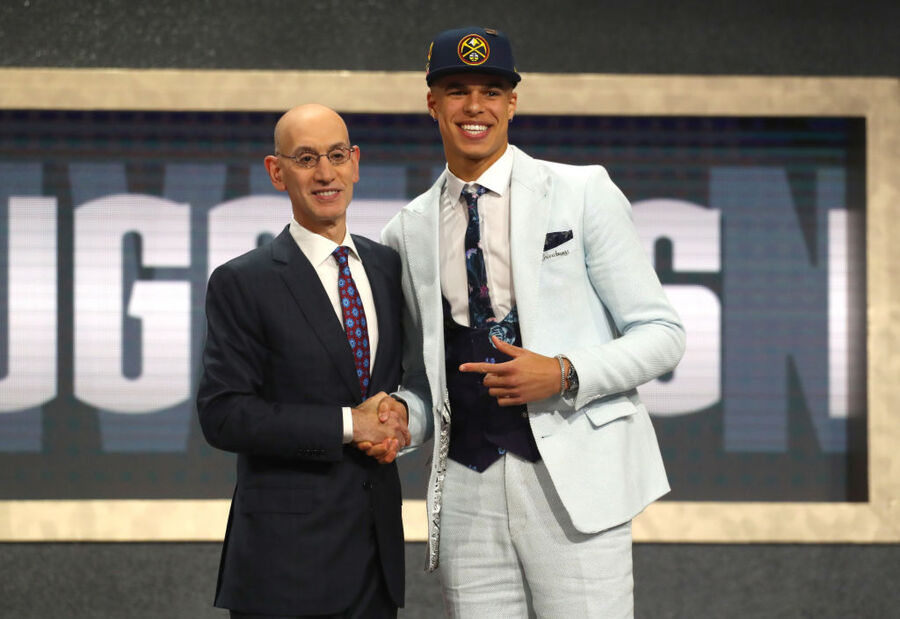 Despite those concerns, most mock drafts had Porter going anywhere between the No. 2 and No. 7 picks. Analysts believed the potential of Porter was too much to pass up, but ultimately nearly half the league felt he was worth passing on. Porter fell all the way to the Denver Nuggets at No. 14.

Since NBA rookies are paid on a sliding scale, we know how much each pick will make. Let's assume the Nuggets pay Porter the max of 120 percent for his scale, which means he'll make a little more than $14 million over four years.

That amount of money is still nothing to sneeze at. But Porter is potentially missing out on anywhere between an additional $6 million and $26 million in his first four seasons because he fell so far down the draft.

It's not all bad for Porter, though. He joins a team that was one game away from the playoffs and has an exciting young core with Nikola Jokic, Gary Harris, and Jamal Murray. If he can put together a few healthy, productive seasons, he'll earn big bucks when his next contract rolls around.

Until then, Porter will have to hope his back doesn't give him any more trouble. He's already lost millions of dollars because of it.