Thanks To His Bowl Game Injury, Former Notre Dame Linebacker Jaylon Smith Lost About $16 Million This Past Season

The morning of January 1, 2016, former Notre Dame linebacker Jaylon Smith was on top of the world. He was projected to be a top five pick in the upcoming NFL Draft, and his Fighting Irish were taking on the Ohio State Buckeyes in the Fiesta Bowl.

Fast forward to the evening of New Year's Day, 2016, and Smith saw his world tumble upside down. Not only did his team lose 44-28, he suffered a horrific knee injury. It was so bad, in fact, that it dropped his draft position all the way down to the second round, where he was scooped up by the Dallas Cowboys with the No. 34 pick.

It was a drastic slide, especially in terms of money. Based on where Smith was projected to go, he lost about $16 million in salary and bonuses. That's even after factoring in the $850,000 he made from an insurance policy he took out before the game. 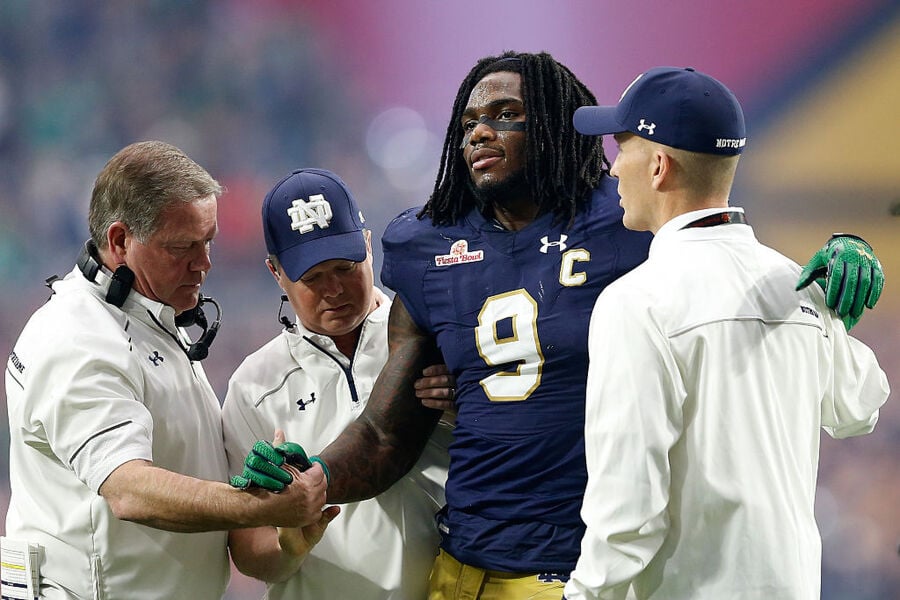 Still, Smith – who missed the entire NFL season as he recovers from his injury – said he had no regrets about playing. "Honestly," Smith wrote on Twitter back in December. "With Everything I've been through, If I could go back to Jan. 1st I'd play again."

This past bowl season saw potential high draft picks like LSU's Leonard Fournette and Stanford's Christian McCaffrey opt to sit out of their team's bowl games, rather than play and risk an injury like Smith.

While he could still return to the field and eventually earn a big contract, there's no doubt that Smith lost a lot of money after getting injured. The Cowboys know his status better than just about any other team, as their team doctor performed Smith's surgery. They still believe he can contribute to their Super Bowl aspirations.

For Smith, just getting back onto the field would be an accomplishment. And if he can return to his old self, the Cowboys will have gotten him for a huge bargain.