When talk began to surface a few years ago that Texas A&M was thinking about moving from the Big 12 to the SEC the general consensus was that the Aggies were crazy. At best, they were an okay team in the Big 12. Since the turn of the millennium they had finished the season ranked only once (2010, No. 21 Coaches, No. 19 AP). The last time they had finished a season with double digit wins was 1998.

They were hardly the marquee team in the state of Texas. How in the world did they think they could make it in the SEC?

Fast forward to the present day and the Aggies have become one of the more recognized teams in the nation (thanks in large part to Johnny Manziel). Thanks to Kevin Sumlin's high-powered offense the team has become a popular spot for some of the best offensive talent the nation's high schools have to offer. 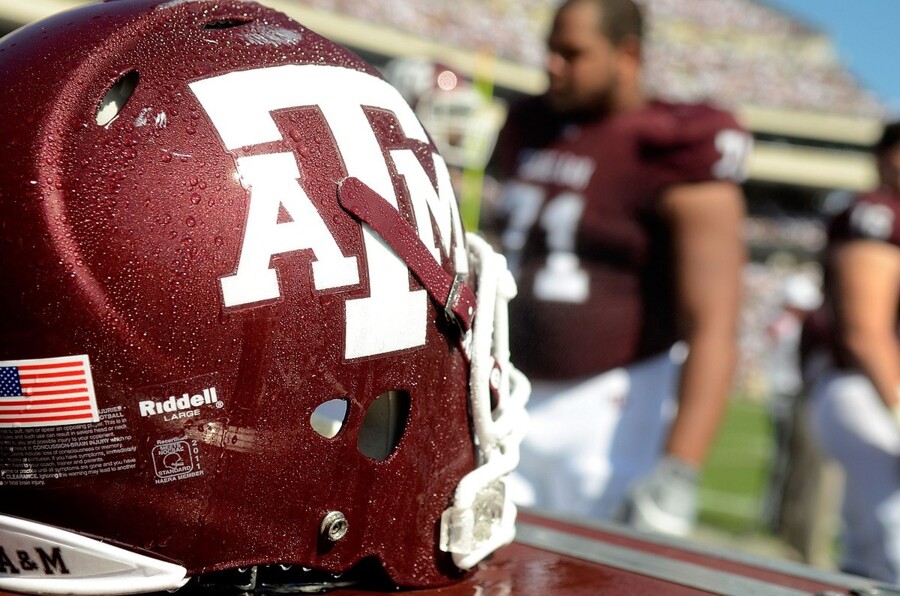 This is the kind of thing that apparel companies like. Adidas certainly does which is why they opted to sign a new deal with Texas A&M valued at $7.1 million a season. For the upcoming year the university will get $1.7 million in cash and $4.5 million in equipment and apparel (at wholesale prices).

Apparel deals have become an even bigger deal in recent years as alternate uniforms have become popular. Texas A&M will be wearing new uniforms designed by Adidas for their Halloween game against the South Carolina Gamecocks.

The deal ranks Texas A&M on top of the SEC when it comes to athletic apparel deals, and No. 3 in all of college sports. UCLA comes in at No. 2 with a $7.5 million deal. Michigan has the most lucrative one at $8.2 million.

Since joining the SEC, Texas A&M has been doing everything it can to look the part now that it is in the premiere college football conference in the nation. Over the last two years the school has spent $485 million to upgrade its stadium to make it the largest in the state as well as the conference (102,512).

So they are going to look the part, play in a stadium that looks the part, but will they play like they belong in the best college football conference in the nation? That remains to be seen.