The Texas Longhorns just wrapped up a 7-3 season, capping the year off with a 55-23 win over Colorado in the Alamo Bowl. The Longhorns will finish in the Top 25 in the AP Poll for the third year in a row, with winning records in each of coach Tom Herman's seasons.

The strong close to the season wasn't enough to save Herman's job, however. After four years, Texas announced it's parting ways with its head coach. The university is expected to hire Steve Sarkisian, currently the offensive coordinator at Alabama, to replace him. The Crimson Tide just won its semifinal game in the College Football Playoff and is set to face Ohio State for the national championship.

Per Pete Thamel of Yahoo Sports, Herman has a hefty buyout of $15 million. Combined with buyouts for other members of the staff, the university will pay nearly $24 million to coaches that are no longer coaching for Texas. 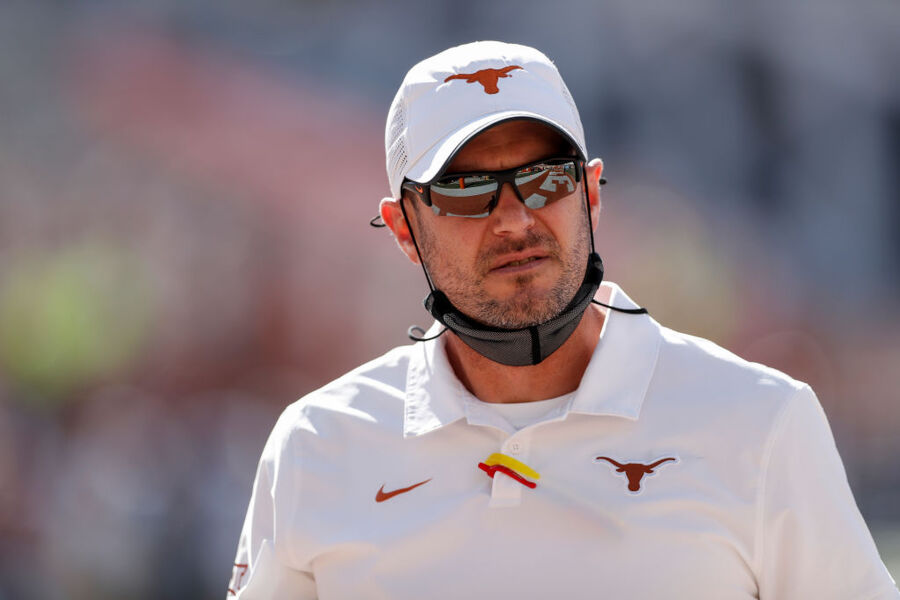 Herman finishes his Texas tenure with a 32-18 record, including 4-0 in bowl games. He'll likely find another job elsewhere, whether as a head coach or offensive coordinator. He's had success in both roles, including a 22-4 record in two years at Houston and being named the top assistant coach in the country while at Ohio State.

Meanwhile, Sarkisian returns to his first head coaching role since USC fired him in 2015. That dismissal centered around reports of Sarkisian being intoxicated during a booster club event and pre-practice meetings. He served as interim coach for one Alabama game this year while head coach Nick Saban was quarantining due to COVID-19 protocols. The Crimson Tide won that game 42-13.

This isn't the first situation of a coach getting a ton of money to leave. Former Florida State coach Willie Taggart received an $18 million buyout in 2019, and former Auburn coach Gus Malzahn will make $21.45 million after the university fired him last month.

Here's the full statement from the university on its decision: