Will Texas A&M Pay $20 Million To Get Rid Of Its Football Coach, Kevin Sumlin?

Kevin Sumlin became the hottest name in college football a few years ago, with the help of the first freshman to ever win the Heisman trophy, a young man by the name of Johnny Manziel. However, ever since Manziel's departure, the program has had trouble holding on to quarterbacks. Kenny Hill transferred after the end of the 2014 season, and both Kyler Murray and Kyle Allen left the program before the current season has even concluded.

If you believe the rumor that a Texas Longhorns journalist started recently, the quarterback issue might be enough for the university to consider ditching Sumlin, who happens to be the school's most successful coach since R.C Slocum.

If that happens, it will be VERY expensive. 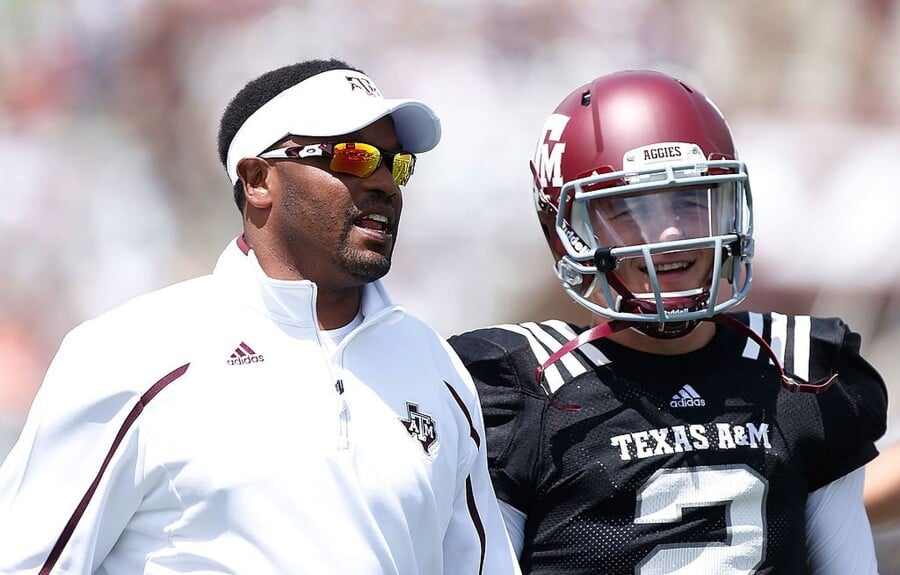 If Texas A&M decides to fire Kevin Sumlin, it will cost them $20 million.

Why? Colleges are always afraid that their coaches are going to leave them for another, shinier program. Coaches are always afraid that they are going to get fired should they have one bad season. To mitigate these concerns, a buyout clause is often included in contracts. If the school wants to fire a coach or if a coach wants to leave, they have to pay the buyout clause.

In Sumlin's case, that amounts to a $20 million payment within 60 days of termination. It is not technically a buyout clause, but when his salary was upped to $5 million a year after the 2013 season, a provision was included that guaranteed him the remainder of the contract (six years, $30 million) as a buyout if he is let go without cause.

What would firing with cause entail? That was specified in his contract as well. They pretty much require Sumlin to be hyper vigilant when it comes to being compliant with any and all NCAA regulations. So if there were to be a pay for autograph scandal he could be fired and not receive a dime.

Not having to pay him the hefty buyout is cause enough to hold onto him. Texas A&M alumni like winning, like everyone else, but have always put some importance on how they win. They like a coach that helps the kids learn from their mistakes, and not just kick them to the curb for any old violation (like another school in Texas…).

Is it concerning that he has had three quarterbacks transfer within the last two years and that trust issues with the coaching staff have been alluded to as the reason by one of them? Absolutely, but one of the transfers had off-field issues and another liked to yell at and argue with the coaches. Kyle Allen is the only real loss. Even then, the ship is not sinking.

Jake Hubenak was the best quarterback in junior college last season, and still has two years of eligibility left. If he doesn't pan out the school has another five star recruit coming (Tate Martell). Rumor has it they may also have former Oklahoma quarterback Trevor Knight transferring in. 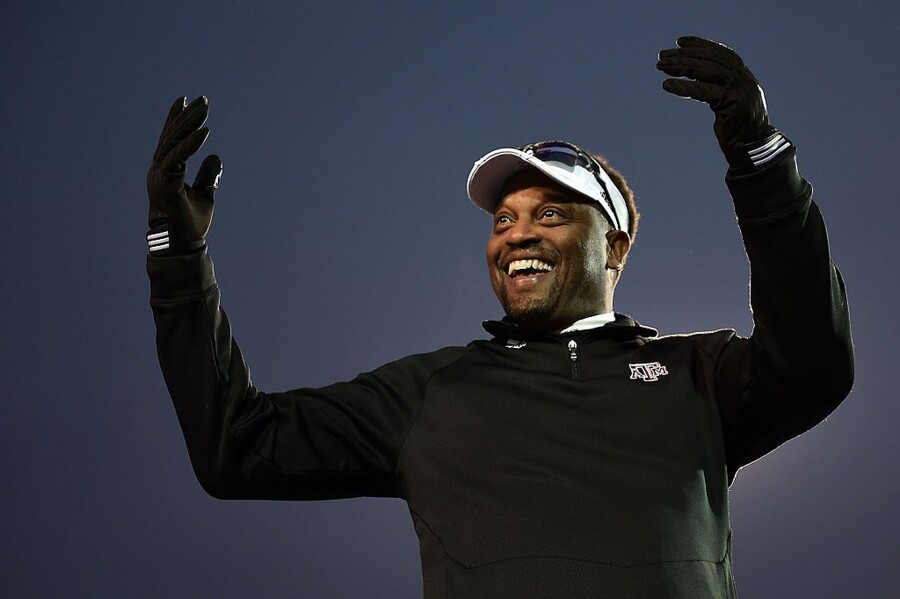 So, yes, the departures are troubling, but they are not the end of the world. As long as the talent keeps coming in, the school keeps winning games, and doesn't end up getting hit with sanctions by the NCAA Kevin Sumlin isn't going anywhere anytime soon.