It's been a tough couple of seasons for Terrance West in the NFL. After being drafted by the Cleveland Browns, his 2014 rookie season showed some promise, though he was part of a crowded backfield. After showing up for spring training overweight last year, the Browns traded him to Tennessee. After fumbling twice in just 16 carries, the Titans waived him.

The Ravens picked him up several weeks later, after other running backs suffered season-ending injuries, and he put up decent numbers in relief.

It's not certain yet if West will remain with Baltimore for the long term, but he'd be much more comfortable there than, say, Miami.

Why? According to a lawsuit West filed against South Beach Group Hotels, the running back was at Metropole South Beach on February 27 with a friend, when two women approached. The group spoke and soon parted ways. Later, the women asked an employee for access to West's suite. That employee made a copy of the room key, and a bellman escorted the women to West's room, where they promptly stole two Rolex watches. 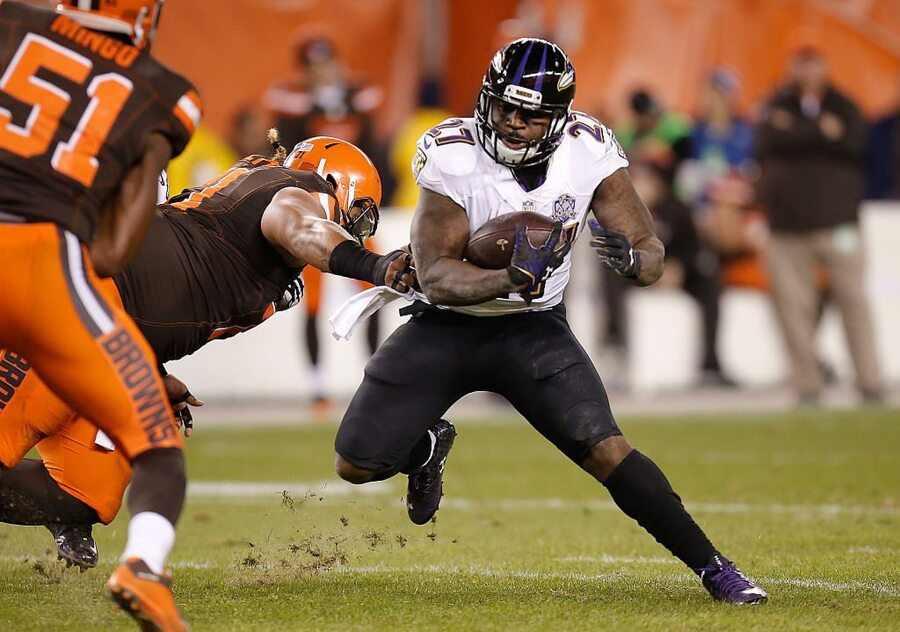 Naturally, as most people would, West filed a report with the local police department. About an hour after doing that, he heard a knock on the door. Opening it up, he expected to find Miami Beach police. Instead, he found someone robbing him. Again.

According to the lawsuit, West opened the door and an unknown man forced his way into the room, threatening West and his friend. The pair believed the man had a gun, as West saw a bulge on the attacker's hip.

The man demanded all of the cash West and his friend had on hand ($5,000), Christian Louboutin shoes, and other expensive items from the suite. Allegedly, the man threatened West by saying, "If you don't give me what I want, I have people in the car that will burn this whole place down."

West, fearing for his life, complied with the assailant's demands. He alleged that he attempted to resolve things with Metropole South Beach, before resorting to a lawsuit, but he was ignored. He's seeking $53,129 in damages from the hotel and the employee who made a copy of his key.

The suit hasn't been settled yet, but it's safe to say that if West ever needs to stay in a Miami hotel again, he'll find other accommodations.