This offseason is going to be lucrative for Bryce Harper. The 26-year-old All-Star is one of 164 free agents on the market, but he's going to make more than anyone else available. Just how big his contract will be remains to be seen; however, he's already turned down a massive deal.

Harper rejected a 10-year offer worth $300 million from the Nationals late this past season. The Nationals wanted to lock up their star, but Harper felt $30 million per year for the next decade wasn't enough money. He's looking to land something worth $400 million, which would be the richest baseball contract ever, by far.

The Nationals have removed their 10-year, $300 million offer, but still remain hopeful they can keep Harper in town. 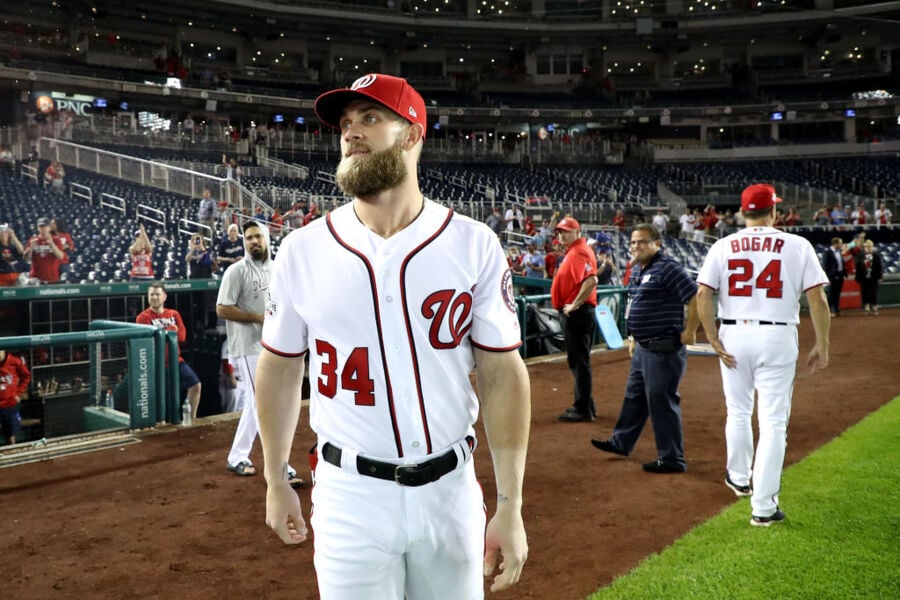 The six-time All-Star has hit 184 home runs and driven in 521 RBI over his seven-year career. He led the league in home runs, runs scored, on-base percentage, slugging percentage, and OPS in 2015 when he won the AL MVP award.

Wherever Harper ends up, we know there's one place he won't land: New York. A source close to Harper's situation said: "he's not going to be a Yankee."

We may not find out anything in the next couple of weeks, either. Harper's agent, Scott Boras, has a history of extending contract talks with his free agent players beyond the holiday season. Boras also has Max Scherzer and Stephen Strasburg as clients.

In the meantime, Harper will continue to field offers from other teams in hopes of landing a record-setting deal. And the Nationals will have to prepare for the very real possibility that they may lose their superstar.