Ten Years Ago, The Oakland Raiders Drafted The Biggest Bust In NFL History

The NFL Draft provides hope for fans of every team. For the league's cellar dwellers, it's an opportunity to find the new face of the franchise. For the top squads, it's a chance to bolster the roster with key supporting players.

Of course, nobody really knows how a player will pan out until several years down the line. Players drafted in later rounds can turn out to be superstars, and what seems like a surefire pick may end up a disaster.

Ten years ago, the Oakland Raiders experienced one of those disasters when they selected JaMarcus Russell with the first pick in the 2007 draft. In fact, Russell turned out to be the biggest financial bust in NFL history, costing the Raiders $39 million. 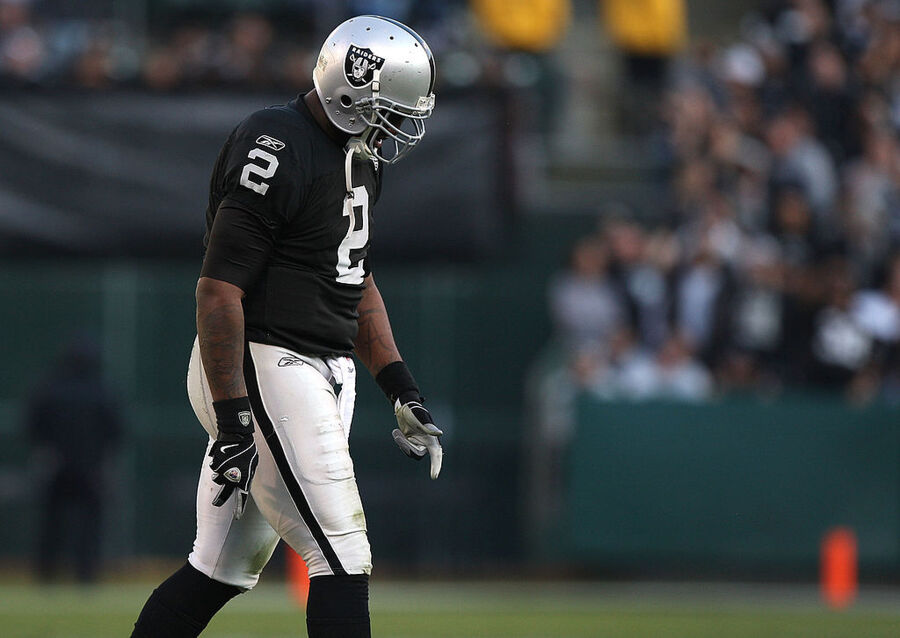 Russell played college ball at LSU, compiling a 21-4 record and earning an MVP nod in the 2007 Sugar Bowl. However, he couldn't translate that to success at the next level. In 25 games with the Raiders over three seasons, he completed just 52.1 percent of his passes for 18 touchdowns and 23 interceptions, while also losing 15 fumbles.

The biggest knock on Russell was that he was unprepared and didn't give the effort needed to succeed in the NFL. His former teammate Warren Sapp recently recalled a story where the coaching staff suspected Russell wasn't preparing for games and gave him a DVD with the next week's game plan on it. The team often gave him DVDs with plans and plays for him to learn.

According to Sapp, Russell took home the DVD and came back to practice the next day. The coaches asked if he liked the game plan. Russell said he did, not realizing that the coaching staff had sent him a blank DVD to test him. That little trick confirmed what they had believed about their quarterback.

Russell has tried to make several comeback attempts. He tried out for the open backup quarterback positions with both the Washington Redskins and Miami Dolphins in 2010 but didn't make either roster. He worked out with the Bears in 2013 but again, the team didn't sign him. And in 2016, Russell wrote letters to all 32 NFL teams, offering to play for free for an entire year. No team took him up on his offer.

With just three seasons under his belt, Russell hasn't played a meaningful down since 2009. For a No. 1 pick to be out of football that quickly is a rarity, and it took the Raiders nearly a decade to find their new franchise quarterback in Derek Carr.