Which Teams Are The Highest-Paid In All Of Sports?

Every year, Sporting Intelligence releases an annual Global Sports Salary Survey. In order to accurately compare salaries across all sports, the report looks at the "average first-team pay" for each club.

In the past, the lists were primarily dominated by European football (aka soccer) clubs. This year, that's not the case. Only three soccer clubs made the list, and no American football teams are found, anywhere. NFL players only earn around $2.4 million per year on average, which is almost $4 million less than NBA players per roster. As you will soon find out, NBA players make a lot of money.

That may not come as a surprise, though more shocking, perhaps, is that no NFL team would even be in the top 10 list of total payroll size. Sure, NFL rosters are huge, but remember: the majority of NFL players still make under $1 million per year.

Without further adieu, here are the highest-paid teams in sports, with the average yearly and weekly dollar amounts listed:

Last year, the Magic were ranked 96th on this list. This year, they're ranked 10th. Not much has changed on the court – they're still a young, exciting roster with a lot of potential that ultimately won't win a lot of games. But, like the rest of the league, the Magic benefit from the NBA's massive TV deal. Each player has gained, on average, a collective $2 million. That's incredible.

Manchester City is one of only two English clubs to make the top 10. The English Premier League has certainly seen its fair share of impressive clubs, and while Manchester City has been around for more than 135 years, they only have five FA Cup titles to their name. The most recent came during the 2010-11 season. They're hoping a high payroll can help turn things around this season. 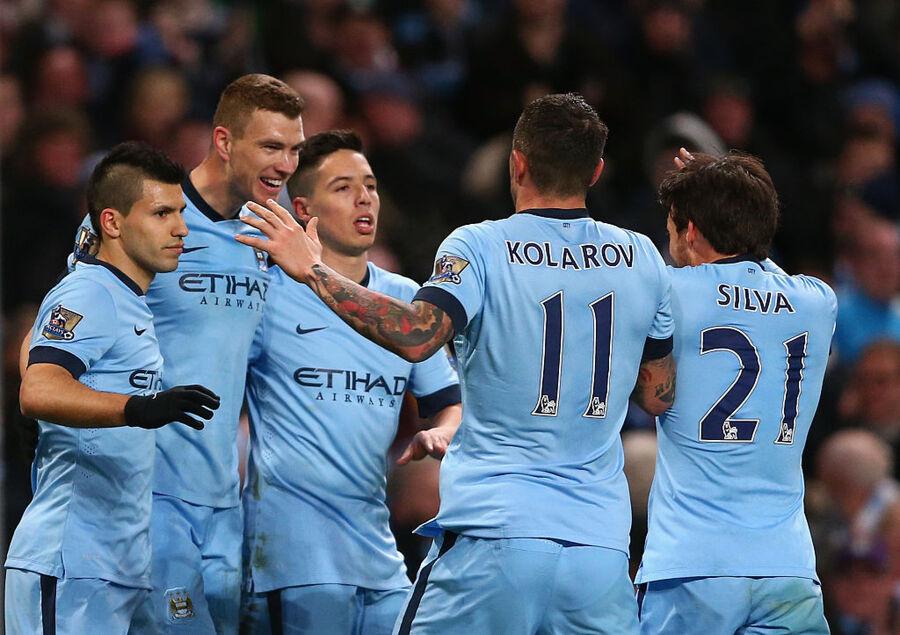 Not only is the NBA's massive TV deal helping these basketball rosters, Brexit also helped propel the league into the upper pay echelons. According to Sporting Intelligence, the Brexit vote "has been an event seismic enough to significantly shift the pound-dollar relationship, not just swing it for a few days, weeks or months." As a result, sports stars in the U.S. – such as the Mavs' Dirk Nowitzki – are much richer by comparison. And even good or unproven players who aren't at superstar level – like, say, Dallas' Harrison Barnes – are earning top dollar. The Mavericks currently have the worst record in the Western Conference, and it doesn't even matter. It's a good time to be an NBA player.

Want to hear a shocking statistic? 24 percent of NBA players are making more than $10 million per year. On top of that, 29 players earn more than $20 million annually. Memphis point guard Mike Conley is shattering that milestone: he's bringing home $26.5 million this year after signing the biggest contract in NBA history this off-season. Not bad for a player whose biggest on-court accolade is the All-NBA Defensive Second Team, once. Conley's contract is a big reason the Grizzlies are seventh on this list, but so is Chandler Parsons', who signed a max contract of his own (four years, $96 million) this off-season.

Taking home $24.3 million this year, Damian Lillard is the highest-paid player in Trailblazer history. He's not the only one earning big bucks this summer, though: C.J. McCollum, Allen Crabbe, Evan Turner, Meyers Leonard, Mo Harkless, and Festus Ezeli signed contracts with a combined $350 million this off-season. 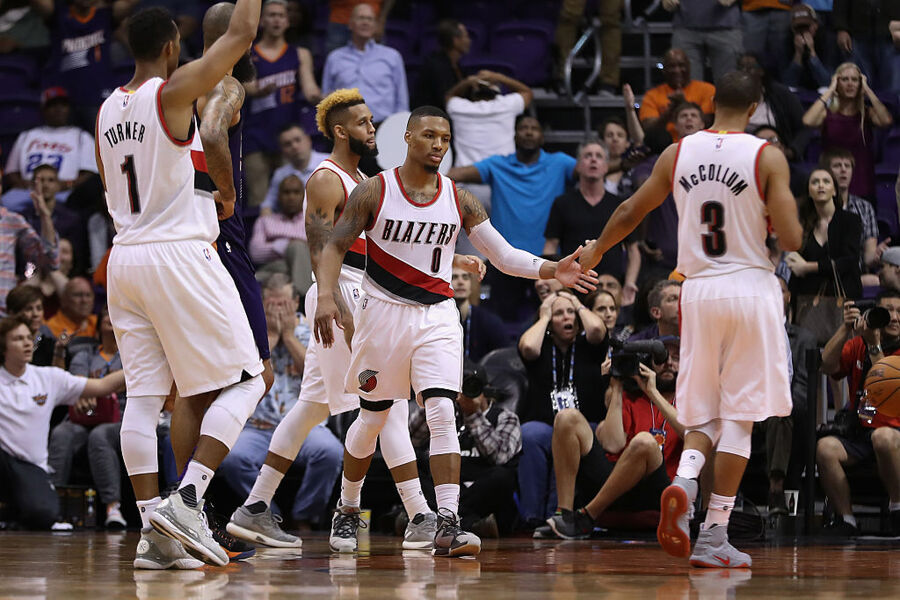 Led by Leo Messi, FC Barca is the highest-paid team in Spain. Their bitter rival, Real Madrid, was #2 on this list last year, but Barcelona gets top billing here. In fact, nearly every other European powerhouse club has seen a decrease in average pay. France's PSG was first last year, but losing the very high-paid Zlatan Ibrahimovic dropped them to 35th this year. Germany's Bayern Munich and Italy's Juventus also fell 30 and 17 spots, respectively.

And where did Ibrahimovic sign after leaving FC Barcelona? To Manchester United, of course, who's the highest-paid football club in the world for the first time ever. After an off-season of huge spending and big-name acquisitions, Man U is loaded. The club is hoping it leads plenty of awards and titles, including the UEFA Europa League, the only major honor it's never won.

This might be the last season the Clippers are this high up on the list – their star players all earn more than $20 million. But if Chris Paul, Blake Griffin and DeAndre Jordan don't make some real progress this postseason, expect the core to get broken up. And here's another impressive note: each of these players make more money annually than the entire WNBA does combined. 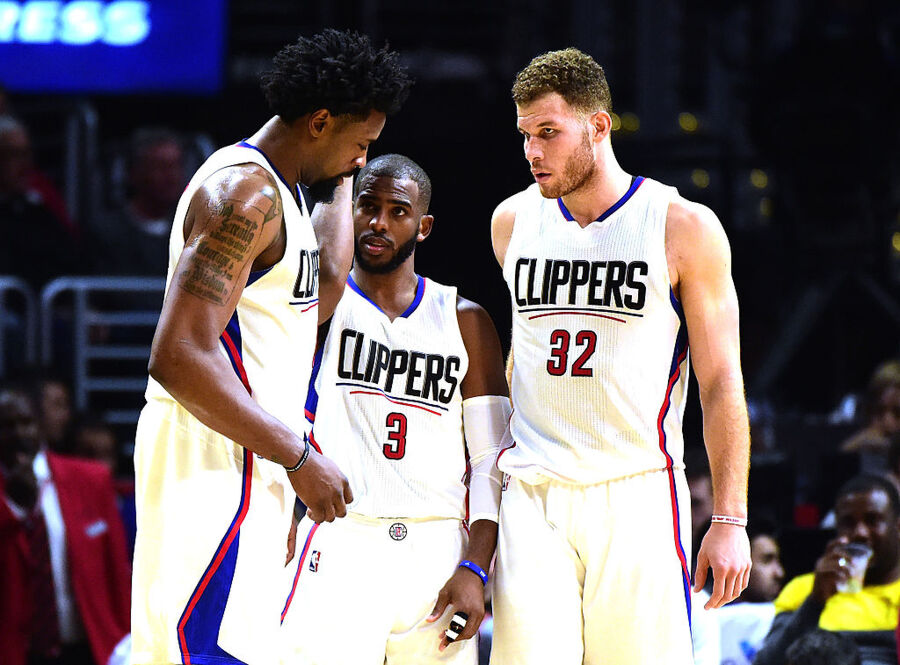 The Yankees routinely sport one of the highest payrolls in the major leagues, and they've got the accolades to back it up. They've won 27 World Series, and have only missed the playoffs four times since 1995. Of course, for fans born after 2009, the Yankees are more cursed than the Cubs were, so success is all relative. Perhaps the most spectacular reason the Yanks are this high up on the list is Alex Rodriguez. After 12 seasons with the team, Rodriguez was released with 65 days to go last year. He made about $7.1 million. He won't play at all in 2017, yet he'll still take home $20 million.

For those who believe money truly can buy championships, look no further than the Cleveland Cavaliers. Led by LeBron James (making a league-leading $30.9 million per year), the team also has a handful of other highly-paid players with Kevin Love, Kyrie Irving, Tristan Thompson, and J.R. Smith all making at least $10 million apiece.