Back in 2011, Matt Kemp was arguably the best player in baseball. Starting at center field for the Dodgers, Kemp led the National League in home runs, RBIs, runs scored, total bases, Adjusted OPS, and Wins Above Replacement. He also became the first player to finish in the top two in both home runs and steals since Hank Aaron did it in 1963.

Things were looking up for Kemp back then. However, in the years since, things haven't gone as well. Kemp suffered through a pair of injury-plagued seasons, and in 2014 he was traded to the San Diego Padres. He played a season and a half in San Diego, posting batting average and OBP numbers that were amongst the worst of his career.

Just a few days ago, the Padres traded Kemp to the Atlanta Braves, who currently have the worst record in all of the major leagues. Don't feel too bad for Kemp, though; the Dodgers and Padres have combined to pay him $42.5 million. 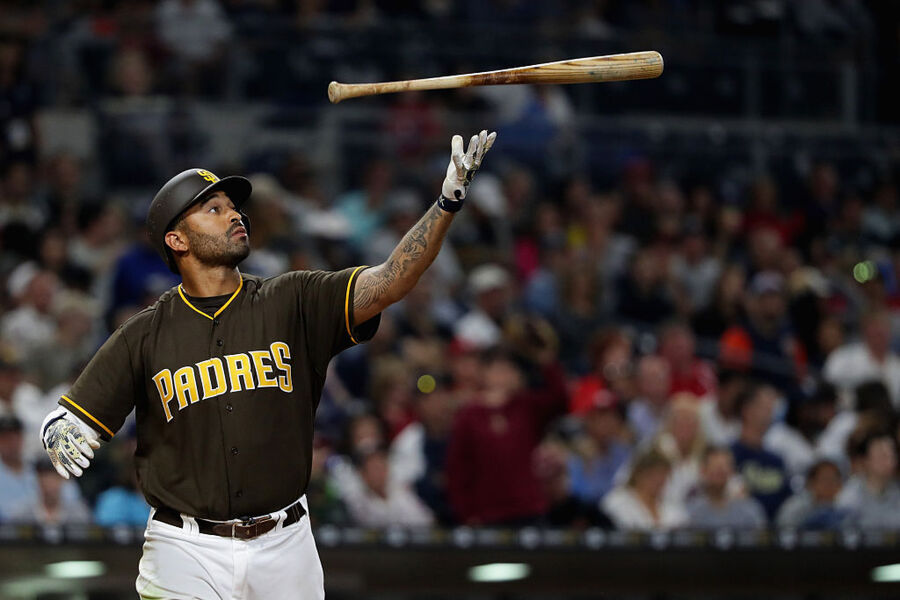 Granted, that money is going to the team who's been receiving Kemp in a trade. The Dodgers sent $32 million to the Padres in the trade that brought Kemp to San Diego, and the Padres are paying Atlanta $10.5 million to take Kemp off their hands.

The Padres used the money they got to offset some of Kemp's enormous salary–he signed an eight-year, $160 million deal with the Dodgers in 2012–and it's likely the Braves will do the same with the cash they're getting from San Diego.

In essence, both Los Angeles and San Diego have paid Kemp to go play elsewhere.

However, this move may turn out to be a steal for the Braves. Despite having arthritis in both hips, Kemp is only 31 years old. Though his overall batting numbers dipped, this is a guy who had 23 home runs and 100 RBI last season. He's already equalled his home run tally from 2015 this year, and still has about a third of the season to go. It seems like he has a bit of gas left in the tank.

Atlanta was also able to trade away troubled third baseman Hector Olivera, who was arrested in April in Washington, D.C. after a domestic dispute. Major League Baseball soon announced Olivera would be suspended for 82 games for violating MLB's off-the-field personal conduct policy that consists of domestic violence and other known violations. The Padres have already designated Olivera for assignment.

Kemp alone likely won't turn the Braves franchise around, but he's developed a reputation as a good teammate and guy to have in a locker room. For a struggling team with a ton of young prospects, that leadership is a good place to start.

Best of all, Atlanta didn't have to give up anybody who was a part of their long-term plan. The team is hoping Kemp can get back to his previous gaudy statistics, but if not, at least they don't have to foot the entire bill of his contract.