Team Haas Will See Nothing Of Formula One's $900 Million Prize Money This Season–No Matter What!

When someone decides to invest in a sports team they do it with one purpose – to make money. Making history is great as well, and owning a team will make you the coolest kid at your next high school class reunion, but if the team doesn't make any money, you will eventually become the owner of a former team.

So when Gene Haas of Haas Automation and Stewart-Haas Racing decided he wanted to become the first American owner of a Formula One team in decades, he likely did it in order to increase his bottom line. Making history at the same time is nice and all, but he's a businessman. It's the money that matters most.

So it is a darn shame that no matter how well his team finishes this season, it is not going to see a dime of Formula One's $900 million prize money.

Why not? The reason is really pretty simple. The Haas Formula 1 team has not agreed to a commercial deal with Formula One Management. Until it does, the team will not see a cut of the prize money.

How come Haas didn't make it happen? Now he is going to spend millions operating the team this year, and get nothing for it no matter how well the team does. That certainly doesn't sound like good business. 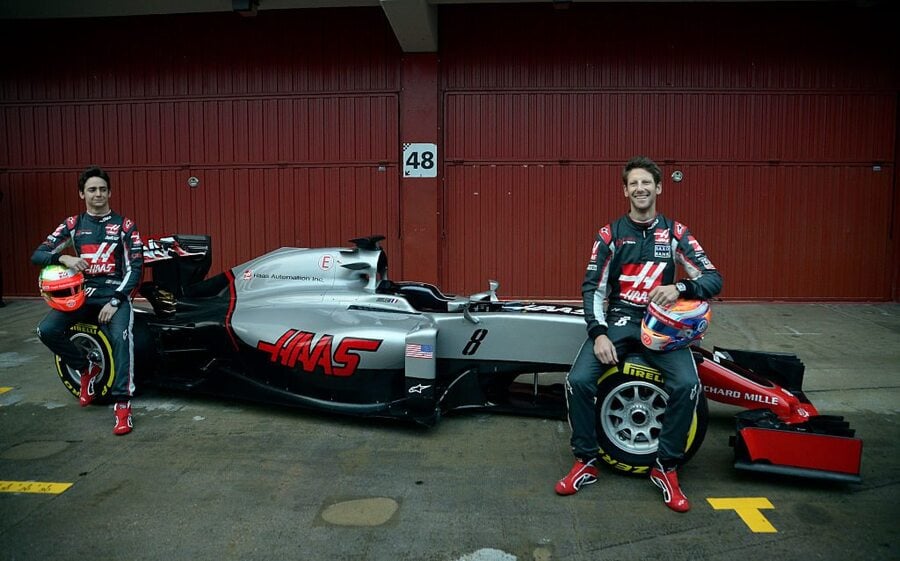 It isn't for a lack of trying. Formula One's chief executive Bernie Ecclestone had no intention of giving Haas one this year for one reason and one reason only: he's new. In the past, new teams had been awarded a discretionary payment of $10 million, but Ecclestone has been adamant that Haas will receive nothing.

With the high cost of operating a Formula One team (approximately $250 million a season), no prize money in the first year would be enough to keep most people from even thinking about forming a team. Haas knew there was going to be a financial sting this year and has taken steps to reduce costs. He is also hoping the exposure Haas Automation will get will help increase revenue from $1 billion to $2 billion in five years.

He could easily offset some of the expenses this year with the help of corporate sponsorship, but has instead opted to have his own company act as the primary sponsor (he has signed a minor sponsor). In interviews, he has made it sound like he has had companies express interest, but has chosen to wait.

That way, he can go back to any interested parties with a stronger bargaining position after the team performs well, and two races into the season they are not doing half-bad. Romain Grosjean finished sixth in the team's first event, the Australian Grand Prix, and fifth in the Bahrain Grand Prix.

Those two finishes have earned the team 18 points, good enough for fifth place in the standings. That would have been good enough for a seventh-place finish in 2014 and ninth place in '15. Lotus earned $55.2 million for placing seventh in '14 (with 10 points), and Manor earned $51.08 million in '15 (with 0 points).

Should he be able to keep that pace up, the team would finish the season with 189 points, good enough for fourth last season and fifth in 2014. As much as it is going to suck not being able to take home the prize money, at least, Haas will be able to command a nice price from sponsorship for the 2017 season.