What It Takes For A Celebrity To Own A Sports Team

An increasing number of celebrities are getting involved in sports by investing in professional teams. Just within the past few years, Justin Timberlake has purchased a stake in the Memphis Grizzlies, Will and Jada Pinkett Smith have invested in the Philadelphia 76ers, and just about everyone in South Florida has taken a bit of the Miami Dolphins, including Jennifer Lopez, Fergie, Serena and Venus Williams, and Gloria and Emilio Estefan.

Then you see some celebrities go beyond just owning a sports team and create an entire league. Ice Cube and manager Jeff Kwatinetz launched the Big3 league, a 3-on-3 basketball league featuring former NBA stars.

However, while the dream of lifting a championship and hanging out with the best athletes in the world is enticing, it's not always easy for a celebrity to buy in.

The average value of MLB and NFL franchises have increased by 19 percent year over year, while the NBA has enjoyed a five-year period of skyrocketing value – the average franchise is worth 3.5 times more today than it was in 2012. 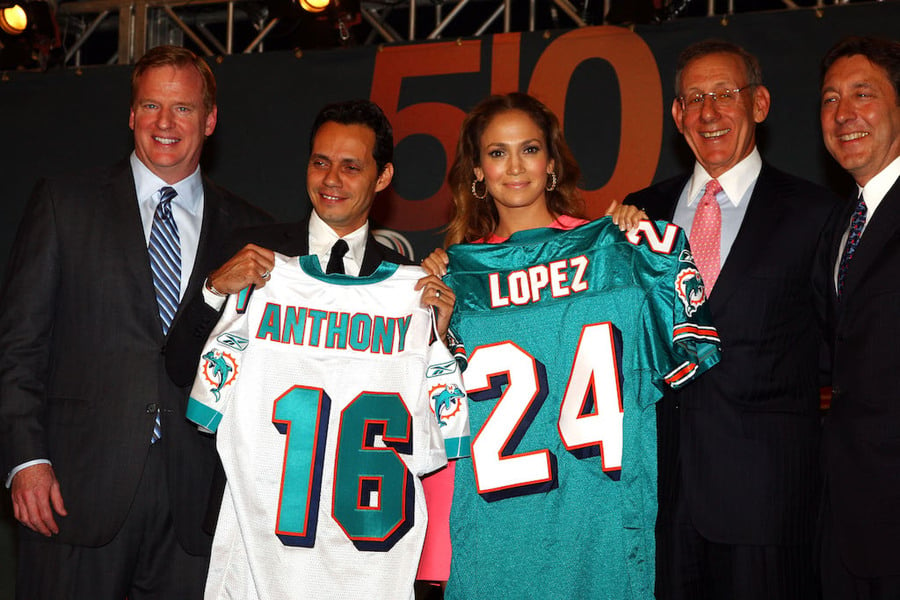 Because of these higher franchise values, it costs more to buy in. While someone like Steve Ballmer – the billionaire CEO of Microsoft – may become a majority owner, celebrities typically buy in as limited partners.

They may also not get a lot of say in the team's operations, thanks to league rules saying one managing partner or general partner has to run things. Some GPs have an open door policy, welcoming feedback and suggestions from other partners. But others don't value outside input, which can be frustrating for other investors in the franchise.

Owning a team is also a long-term play. The money doesn't go directly to those with a stake in the franchise; instead, it gets reinvested back into the team. Owners build value in the assets – the money comes once those assets are sold (or an owner sells his or her interest). Of course, that presents another challenge: finding the right buyer when it's time to sell.

Sometimes the league or team will block a potential sale, too. Peter Guber, a Hollywood producer and co-owner of the Golden State Warriors and Los Angeles Dodgers, tried to finalize a deal to buy the Oakland A's. Then-league commissioner Bud Selig blocked the sale, saying the league was planning to eliminate both the A's and the Minnesota Twins.

Guber believed the blocking was unfair – the A's ultimately stayed in business and were sold to an investor group that included Selig's college fraternity brother, Lewis Wolff. Much like in other arenas, it always pays to know someone in the field.

It can also be more lucrative – or at least easier – to find opportunities outside of the major professional sports leagues. Guys like Jon Bon Jovi and Tim McGraw have invested in AFL teams, while Kiss's Gene Simmons and Paul Stanley lent their band's name and logo to the L.A. Kiss.

The bottom line is to own a team, you'll need a lot of money, good connections, and a bit of luck. Put all of that together and you may one day own a championship ring.