Is The "Super Max" Designated Player Extension Actually Hurting NBA Teams Instead Of Helping Them?

One of the recent additions to the NBA's collective bargaining agreement is the Designated Player Extension. Though the inner workings of it can get a bit complex, at its core, it gives teams the opportunity to offer players who are nearing the end of their second contract – players entering their 8th or 9th season in the league, to be exact – an extension that no other team can match.

That's a limited pool of players to choose from, but the "hometown" team has the advantage of being able to offer more money (essentially bumping the player's cap percentage up another salary level, which is usually at least $30 million more over the length of the contract) and an additional year on said contract. Since all the money is guaranteed, in theory, it's very appealing to the player.

The player has to earn that money, of course. The only way a player is eligible for the DPE is if he wins either the league MVP or Defensive Player of the Year awards, or if he makes the All-NBA team either the year before his contract extension, or twice during the previous three years.

The DPE was designed as a way for teams to keep a star player on their team. However, so far nobody has actually signed this "super max" extension as it's sometimes referred to. In fact, it might be encouraging teams to trade away their top players. 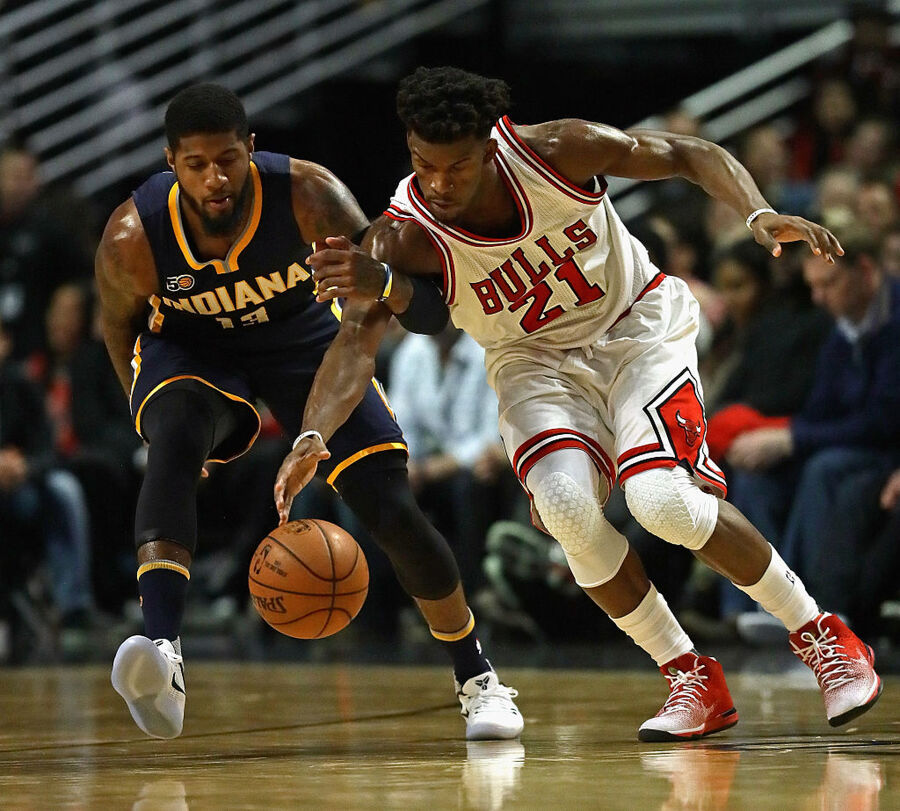 In the past five months, two teams have said goodbye to their best players. The Sacramento Kings traded DeMarcus Cousins during All-Star Weekend to the New Orleans Pelicans, and the Chicago Bulls just offloaded Jimmy Butler to the Minnesota Timberwolves.

In both of those trades, the team losing the star player was criticized for getting a paltry return. It's a small sample size, but the Pelicans weren't much better with Cousins on the team. The main prize in the deal for the Kings, Buddy Hield, even looked great at some moments last season. It's possible the Kings may end up the winners in this trade, but we'll have to wait until at least the end of next year to properly judge the deal.

Chicago, meanwhile, had been shopping Butler for nearly a year. The trade with the Timberwolves was actually one that was close to happening last year, when the Bulls wanted to deal Butler for Zach LaVine and the No. 5 overall pick, which became Kris Dunn. LaVine and Dunn are the two players the Bulls got this year for Butler, with the two teams swapping picks.

Cousins and Butler are both All-Stars and very strong players. But both Sacramento and Chicago had doubts over their ability to lead their respective franchises to a championship. Cousins could have signed a five-year, $209 million this offseason, and Butler could have inked a similar deal next summer. The Bulls especially don't like to spend money, so not having to dedicate more than $200 million to one player was probably part of their motivation for trading Butler. We're seeing a similar situation unfolding in Indiana with Paul George, who could potentially be eligible if he's still with the Pacers at the end of the season and makes an All-NBA team.

Granted, in each of these cases, the relationship between the team and player had fractured to the point that a change of scenery was needed. But the DPE likely helped expedite that process. Will a team ever actually sign a player to a super max deal? Only time will tell, but at least two franchises can give you millions of reasons why the DPE is not all it's cracked up to be.