By Travis Pulver on December 9, 2015 in Articles › Sports News

The 2015 season has been an absolute roller coaster for the USC Trojans. After two wins to start the season, the team appeared to fall apart as it dropped two of its next three, but that wasn't the half of it. Rumors began to surface that head coach, Steve Sarkisian, had a drinking problem.

He was subsequently let go, the team rebounded to win eight games and earn a spot in the Pac-12 Championship game, and will play Wisconsin in the Holiday Bowl. Interim head coach Clay Helton was named the new head coach, and everything appeared to be back on track.

That is, until former head coach Steve Sarkisian filed a wrongful termination lawsuit against the school. 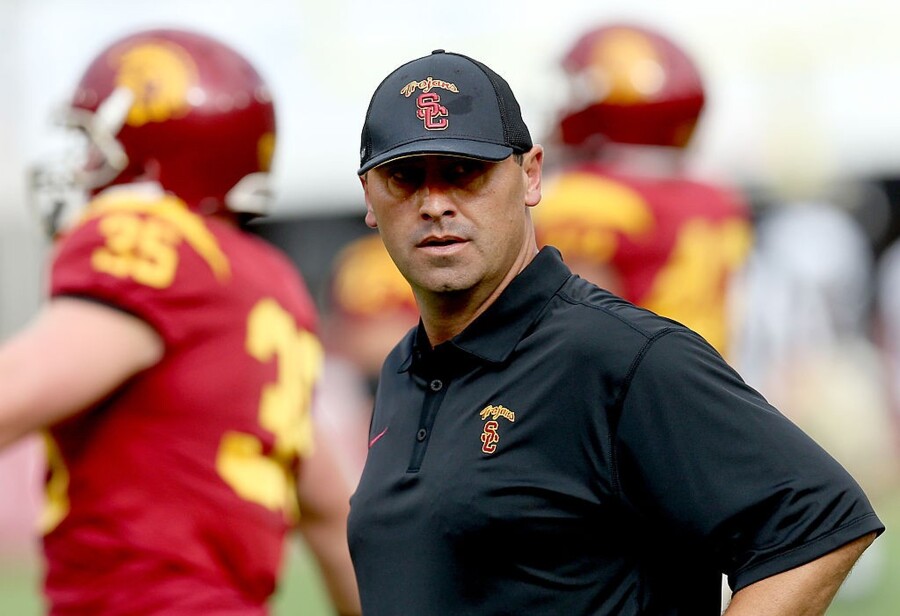 Rumors about his alcohol abuse began to fly after the loss to Washington. According to reports, he had shown up to practice intoxicated, and had to be sent home after showing up to a pre-practice meeting smelling like alcohol. Many of his assistants even believed he was drunk during the Arizona State game (a 42-14 win).

When Sarkisian did not show up to practice on October 11, he was called to the office of USC athletic director Pat Haden. During the meeting Haden said he could tell that Sarkisian was not right. When the meeting concluded Haden put Sarkisian on an indefinite leave of absence, but ended up firing him the next day.

Haden later admitted that the school did not do a proper background check on Sarkisian before hiring him. If he had, he would have known about several alcohol-related incidents he was involved in while at Washington.

According to the suit, USC should have given him the chance to get help for his disability – alcoholism – before letting him go. They are required to do so under California law. Instead, they fired him via email while he was on a plane to a treatment facility.

In response to how he was fired, Sarkisian is now seeking $12.6 million in damages, but his lawyer thinks he could get as much as $30 million.

USC officials believe the suit is baseless and that the university does not owe him a dime, and they could have a pretty good case. At a speaking engagement earlier in the year, Sarkisian appeared to be drunk as he gave a profanity laced speech. He later said it was because he had mixed medication with alcohol. As a result, Haden says he had placed a zero-tolerance policy on Sarkisian.

In a statement, the university said it had offered to help him seek treatment, but he refused it and said he did not have a problem.