Steve Ballmer has made a reputation for being energetic, enthusiastic, and constantly looking forward. Clippers fans can find him courtside during games, a ball of energy on the sideline. That same mindset has served Ballmer well during his business career – and he believes it carries over to his NBA team.

Ballmer thinks the Clippers are worth more than $3 billion right now. He purchased the team for $2 billion in May of 2014. If Ballmer's estimates are correct, that's an increase of $1 billion – more than 50 percent – in just five years.

In an interview with NBC's Claire Atkinson, Ballmer said, "My guess is, if I looked to sell the team now, the first number would be a three." 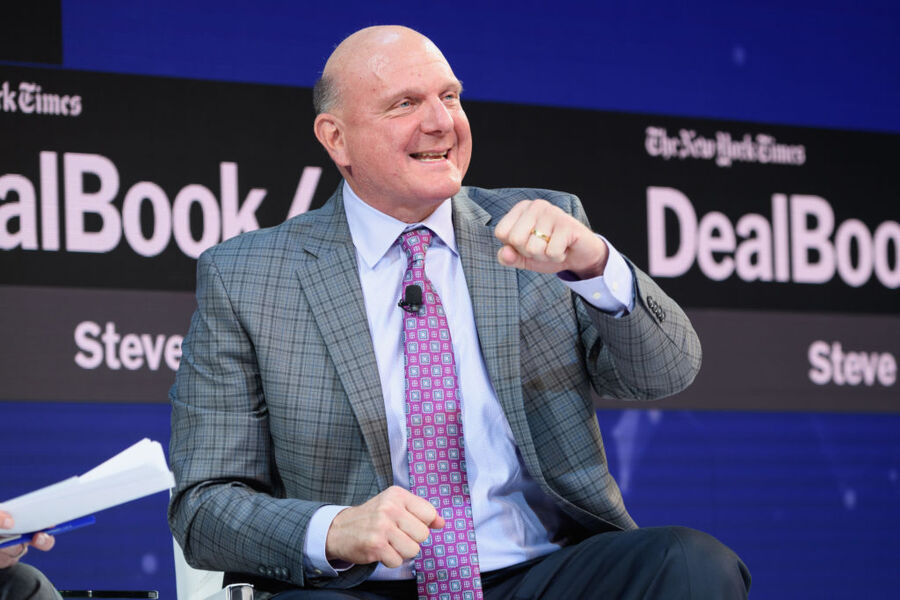 Last season was the first time the Clippers missed the playoffs since Ballmer bought the team. And now, all of Lob City is gone. Chris Paul is in Houston, Blake Griffin is in Detroit, and DeAndre Jordan signed with the Dallas Mavericks.

But that hasn't stopped Ballmer from setting his sights high. NBA franchise values, in general, continue to rise, and there's still lucrative potential in L.A. – even if LeBron and the Baby Lakers are stealing the headlines.

The Clippers are also in talks to build a new arena in Inglewood. A fancy home that the team could call its own would certainly add to the Clippers' value.

Of course, this is all hypothetical at this point. Ballmer hasn't expressed a desire to sell the team anytime soon. And why should he? As long as the NBA is thriving, Ballmer can make a huge return on his investment.