Stephon Marbury Is Bringing Back His Starbury Shoes, And He Has A Secret About Jordan Brand

Stephon Marbury hasn't played a game in the NBA since 2009. But he's still balling, making a career for himself in China, where he's won championships with the Beijing Ducks in three of the past four seasons. It's a good enough performance that he's re-releasing his Starbury shoes.

Marbury first released his shoes in 2006, through a partnership with Steve & Barry's, the now-defunct retail clothing company. Marbury's shoes were notable for their low price of just $14.98 per pair, and the point guard only received money from actual shoe sales, not for simply endorsing them. He had trouble affording shoes growing up, and wanted to design some that wouldn't put kids in a similar dilemma.

However, when Steve & Barry's liquidated its final stores in 2009, the line disappeared along with them. Until now. Marbury recently announced that his Starbury line of shoes is making a comeback. 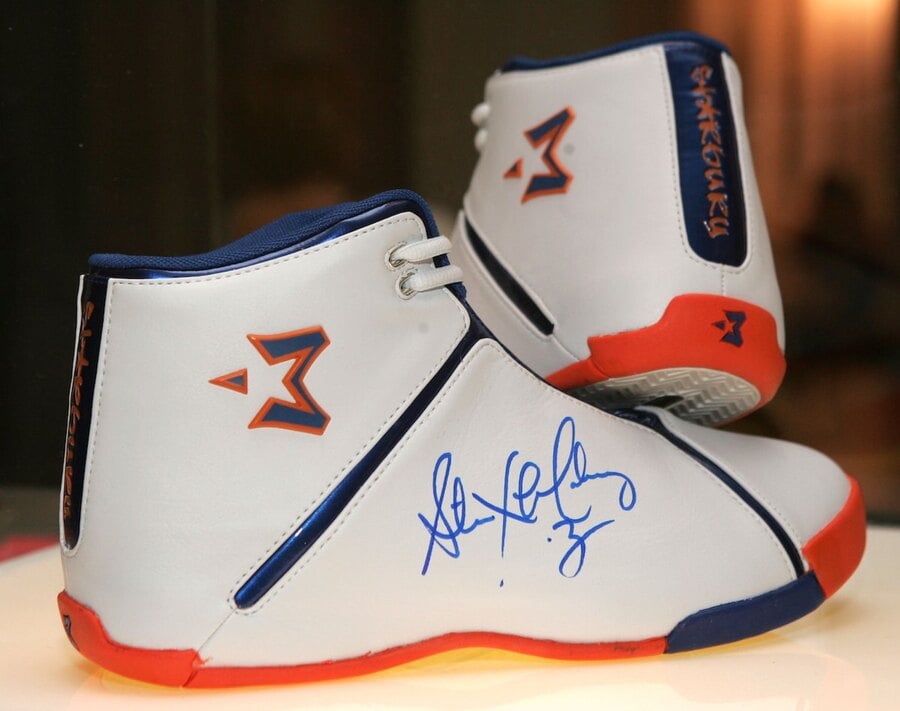 He also dropped another bombshell over a series of tweets: His shoes are made in the same overseas factories as Jordan Brand shoes for five dollars per pair, but the retail price difference is astronomical. In a different tweet, Marbury simply wrote "$250 VS $15." Jordan Brand shoes range anywhere from $75-$250, according to Nike's website. That's potentially a 1,567% increase in price from Starbury to Jordan shoes.

Back when the Starbury line was first released, Marbury made a claim that if you cut his shoe or any other basketball shoe in half, you'd have the same basic materials. A few outlets took him up on that offer, and while the results were mixed, the general consensus was the Starbury was a solid enough shoe for everyday wear, and in some instances, the tests found that the Starbury was nearly identical and could be used for basketball.

Jordan Brand is still crushing all competition in the shoe market, making $2.2 billion more per year than the next closest competitor (hint: that competitor isn't the Starbury). Marbury has never released financial data related to his shoe sales, but, perhaps spurred by his recent overseas success, is ready for a comeback.

Marbury, who makes just around $2 million per year in China, averaged 19.3 points and 7.6 assists in 13 seasons in the NBA. He has a net worth of $45 million – though only time will tell if the Starbury comeback helps him add to that.