Despite being at the top of the game, Golden State Warriors' Stephen Curry isn't paid like one of NBA's top players. But the two-time reigning NBA MVP doesn't seem to mind. This year, he's finishing up a four-year, $44 million extension he signed back in 2012. His $12.1 million salary for this season ranks 82nd among all NBA players and number four amongst his own teammates. For comparison, former teammate Harrison Barnes is now making $22.1 million with the Dallas Mavericks.

The contract has always been considered a great bargain for the Warriors but was once a risky proposition for a shooter who was plagued with ankle injuries and hadn't yet proven himself. In a recent interview, Curry revealed that he leaned on advice from his father, Dell Curry, to stay motivated against players that are paid better but play worse. His father told him never to count another man's money and to focus on how you take care of what you've got. As he sees it, if he's complaining about $44 million over four years, he's got some other issues to work on. 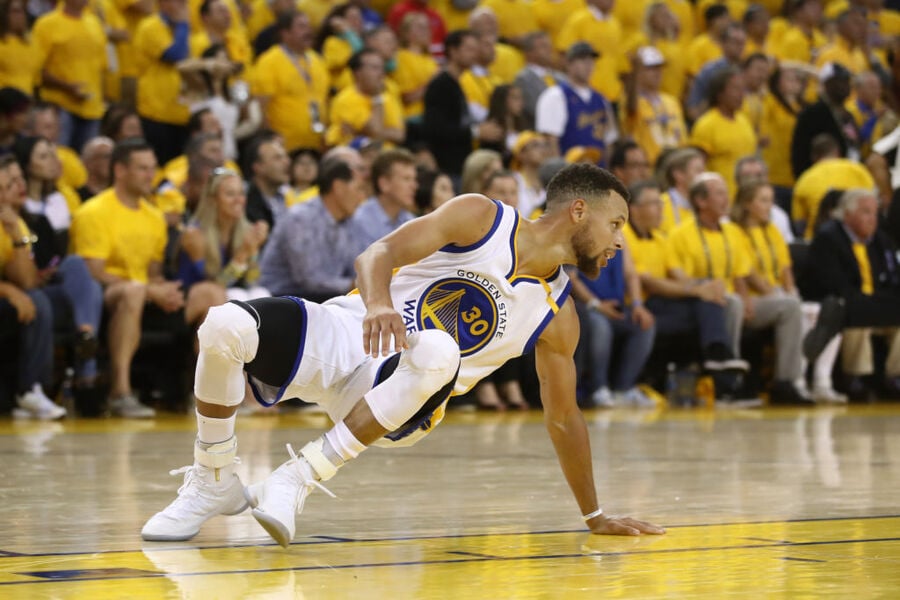 Steph knew he'd be earning less than other players when he signed his deal, but wouldn't regret his decision. At the time, he was more than happy for the opportunity to continue playing for another four years guaranteed, and plan the future from there. He knew he'd be able to provide for his family and didn't want to worry about what other players were making.

Curry's financial situation could soon change if he resigns from the Warriors over the summer. He will be eligible for a five-year, $207.4 million contract, which will break the record for the largest in NBA history. His seasonal salary would jump to a new high of $35.7 million next year, and reach around $48 million in year five. If that happens, other players might start comparing their own earnings, and the Warriors will be worth even more.