In the land of the NBA, teams will often lock up superstars, particularly if they can snag them at a bargain price early in their careers. Take a look at the Warriors, who signed reigning MVP Steph Curry two years ago to a four-year, $44 million contract. That deal looks absolutely absurd now – Curry is a superstar in the league, and he's making less than 53 other NBA players, including Robin Lopez, DeMarre Carroll and David Lee.

Shoe companies generally have to overpay to secure their star spokespeople, but the general mindset is the same: get the big names, and the big sales will follow. Believing in this mantra, Under Armour just announced it has extended Curry's contract through the 2023-24 season. 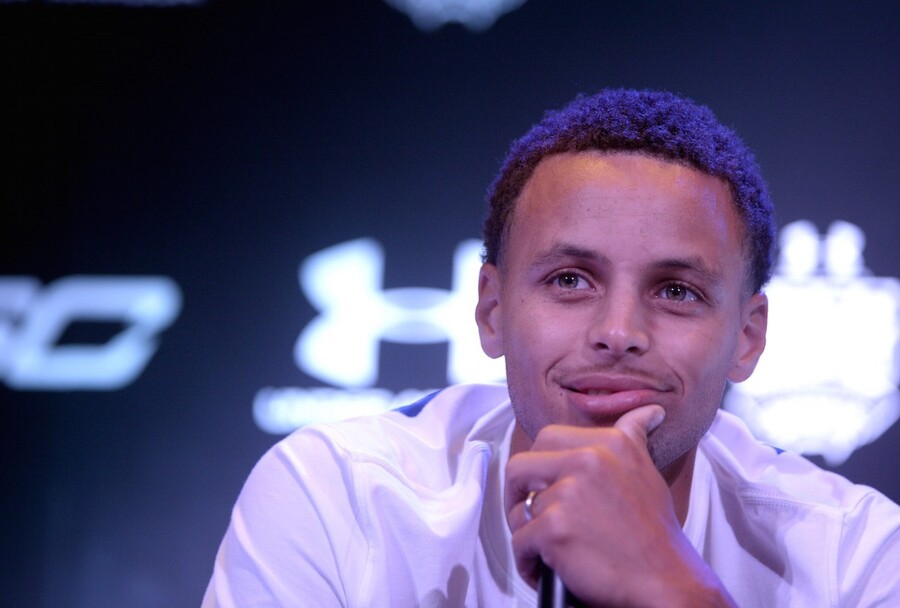 Terms of the deal weren't disclosed, but you can bet it's going to be a bit more than the $2.5 million Curry turned down from Nike two years ago. That's when Under Armour swooped in and immediately reaped the benefits of Curry's name. Since joining Under Armour, he's won the MVP award and led the Warriors to their first title in 40 years.

Curry's extension also features something exclusive to Under Armour: equity in the company. Other athletes under the brand, Tom Brady and Jordan Spieth, also have received shares. Under Armour's competitors, Nike and Adidas, don't offer equity in exchange for endorsements.

These investments in their players have certainly helped Under Armour's footwear game, too. The brand reported that sales were up 40 percent last quarter, with the Curry One selling $153 million worth of shoes in three months, a record for the company.

Under Armour CEO Kevin Plank predicts even bigger things next season, believing footwear sales will account for 22% of the company's sales by 2017. For comparison, Under Armour made $3 billion last year, and 14% came from footwear.

And it's banking on Curry to get them to the next level. In addition to the contract extension, Under Armour has filed for trademarks associated with the All-Star, including "Baby-Faced Assassin," "Slay Your Next Giant," "The League's Most Unguardable Player," and "Charged By Belief." That last phrase helped launch the Curry One. Will this latest move help launch Under Armour even closer to passing Nike?