For years, Steph Curry had been an absolute bargain for the Golden State Warriors. He's won two MVP awards and is a two-time NBA champion – a key piece for a Warriors dynasty that just might be among the best ever. And now, he's finally going to get paid like a superstar.

Curry just signed a five-year, $201 million deal to stay with the Warriors. It's the largest contract in NBA history and the first time a player has signed a "supermax" deal. He will average $40.2 million over each of the next 5 seasons. This deal makes Curry the first NBA player to earn an average annual salary over $40 million. For perspective on what a bargain he had been, over the last four seasons, The Warriors paid Curry a TOTAL of $44 million. Starting next season here are the average per game salaries for the top players in the NBA:

Side note. For the 1997-98 season, Michael Jordan was paid $33 million. After adjusting for inflation, that's equal to a player making around $50 million today. 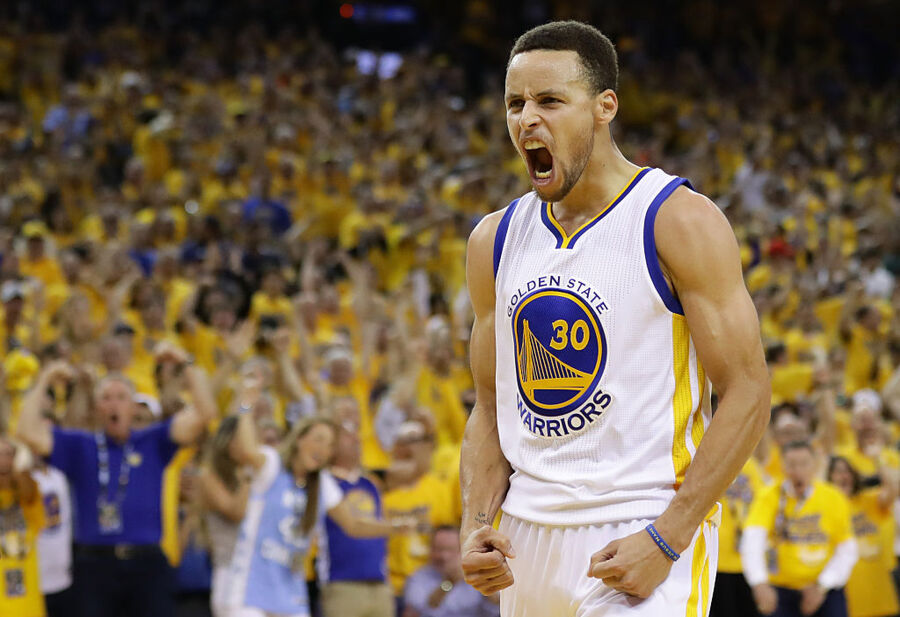 After a few injury-plagued seasons to start his career, Curry signed a four-year, $44 million deal. It became a huge steal for the Warriors – Curry's modest salary allowed the team to make moves by bringing in solid veteran pieces. Or, as was the case last summer, the Warriors had enough cap space to bring in Kevin Durant, one of the top players in the league.

Curry is entering his eighth season in the NBA, which means he's one of only a handful of players eligible for the Designated Player Extension (DPE). While the DPE seems to have actually hurt a few teams, it worked out just fine for Curry and the Warriors. He could have signed a five-year deal up to $205 million but will be giving the Warriors a very slight bargain with this deal.

The four-time All-Star is only 29 years old and already ranks 10th all-time in made three-pointers. He's knocked down 1,917 for his career and has led the league in threes for five straight seasons.

Most importantly for Warriors fans, he'll be a fixture in the Bay Area for years to come.