You can say a lot of things when Steph Curry knocks down another seemingly impossible jumper. There's "buckets," "bang," "kaboom," "good," "drain-o," "bazinga," and really any other exclamation you can imagine.

But perhaps most fitting, is "splash." It really is like a drop of water falling through a bucket. And Brita, the water filtration brand, is hoping to make a big splash with Curry: the company just signed him to a three-year deal to be the face of its product. It's the first time they've ever used a celebrity as a spokesperson. Expect to see Curry's face on TV ads, in-store displays, and in all digital marketing efforts, including social media campaigns.

Terms of the deal weren't disclosed, but Brita has generated between $300 and $400 million in sales each of the past five years. Curry's going to be getting a good chunk of change for this. 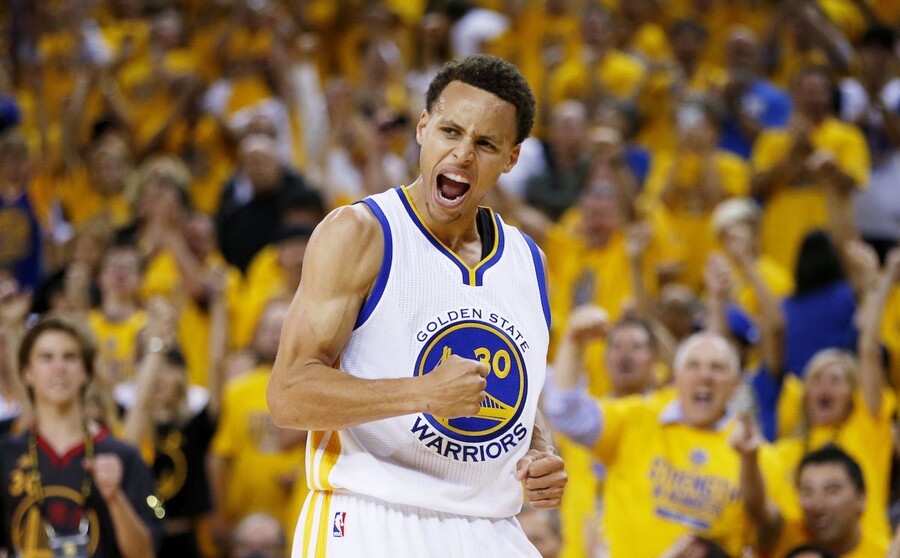 Much like his other endorsements, Curry has been firm on only supporting products he in which he believes. After all, he knows he's got a lot of kids looking up to him, and he has his own two young children to worry about. He wants to make sure that if he's putting his name on something, it's going to be something good.

In fact, Curry has been very busy lately with endorsement deals. In the last four months alone, he's signed extensions with three companies he endorses. His deal with Under Armour back in September was a thank you to a company that took a chance on him when he was still a newbie in the league, and it's paid off immensely: sales of his Curry One shoe reached $153 million last year.

Curry's other deals seem to have something in common with the one he signed with Under Armour – they're all with companies generally perceived as underdogs in their markets. He's renewed his deals with Degree deodorant and Muscle Milk, and he also has contracts with JBL headphones and ankle brace maker, ZAMST.

These companies are all hoping Curry's rising star will help them, too. It's not a bad deal to bet on, either. The reigning MVP led the Warriors to a 24-0 start this season and seems determined to have his Warriors win more than just one title. In the meantime, both he, and the companies he represents, will be reaping the rewards.