Like it or not, Steph Curry is the new face of the NBA. When he missed 15 days after suffering a Grade 1 MCL sprain in his right knee when he slipped on the floor, the league got less entertaining. And when Portland's Damian Lillard went crazy in Game 3 to bring the Blazers within one game of evening up the series, Curry decided enough was enough.

He made a glorious return to the court in Game 4, and did something no NBA player has ever done in the history of the league. The following day, just for good measure, he achieved something else that's never been accomplished.

First, let's talk Game 4. The plan was for Curry to play about 25 minutes, coming off the bench, and gradually working his way back into the swing of things. However, when Warriors guard Shaun Livingston was ejected after two technical fouls, the plan changed.

Curry started off poorly, which is understandable when not playing for a couple of weeks. He shot just 6-for-18 through the first three quarters, and missed all nine of his three-point attempts.

By the end of the game, a 132-125 win for the Warriors in overtime, Curry finished with 40 points, nine rebounds, eight assists, and a handful of daggers into the collective hearts of the city of Portland. 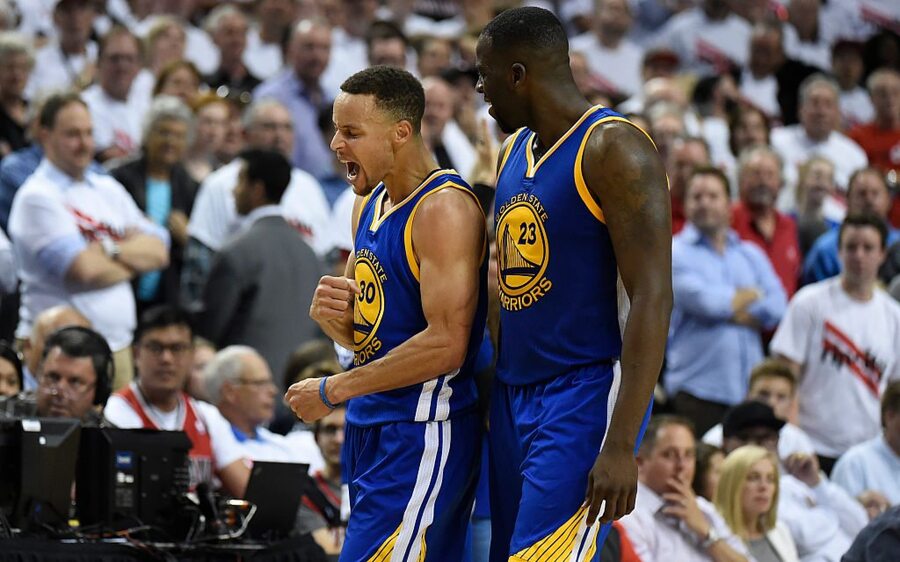 17 points in an overtime session is more than any other player has ever scored in an extra frame. That includes both the regular season and the postseason. And Curry set that record in his first game back from an injury. Incredible.

Of course, he wasn't done. Less than 12 hours later, he was voted the league's Most Valuable Player for the second year in a row. Unlike last year, though, Curry received 131 first-place votes. Nobody else received even one tally for first place. That's right, Curry was unanimously awarded his second MVP trophy.

Nobody has ever done that, either.

In a year that saw Curry average more than 30 points per game, have a 31.56 Player Efficiency Rating, break the NBA record with 402 three-pointers made and lead his Warriors to an unprecedented 73 wins, no one ever really had a shot to surpass him as the MVP of the league. It was only a matter of whether someone else would snag a first place vote. They didn't, and Curry once again made history.

The craziest part of all of this is that Curry has hardly played like a franchise-changing player. In fact, he's only the fifth-highest player on HIS OWN TEAM! He's making about $11.4 million per year on one of the most bargain contracts the league has ever seen. Klay Thompson ($15.5 million), Draymond Green ($14.3 million), Andrew Bogut ($12 million), and Andre Iguodala ($11.7 million) are all making more than Curry.

Perhaps more spectacularly, Curry is the 65th-highest paid player in the entire NBA. He's making less than guys like Enes Kanter, Tobias Harris, Roy Hibbert, Chandler Parsons, Khris Middleton, Danilo Gallinari, JaVale McGee, Amir Johnson, and Robin Lopez. Would you want to have any of those guys on your team over Curry?

The Warriors are going to have to pay Curry big money soon – his contract expires after next season. For now, they're enjoying the bargain. And with the way Curry can simply take over a game, like he's shown so many times this season, even a max contract is a steal.