Did Anyone Else Notice That Stan Kroenke Just Won Four Professional Championships In 135 Days?

It's generally good to be the owner of a professional sports team. For one, the rising valuations of teams mean you're pretty darn wealthy already. You also get to attend games, have a major say in how your team is built and run, vote on changes to the league, and get to experience the perks of being in an exclusive group with other owners. If everything comes together perfectly, you just may get to celebrate the thrill of winning a championship.

And if you're really lucky, you'll win three championships in the span of about four months. 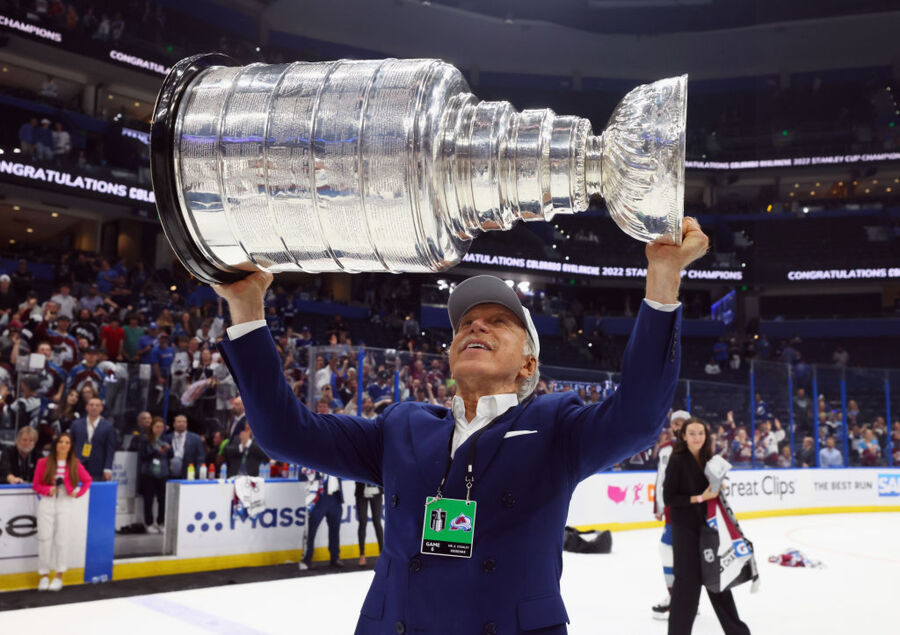 In a period of 135 days, Kroenke's teams won four championships. The Rams won the Super Bowl on February 13, 2022, defeating the Cincinnati Bengals. On April 3, the L.A. Guerillas secured the first major in team history, winning Major 2 of the Call of Duty League 2022.

Then, the Mammoth completed a comeback victory over the Buffalo Bandits on June 18, securing the National Lacrosse League title. Shortly after that, the Colorado Avalanche locked up the Stanley Cup with a six-game series victory over the Tampa Bay Lightning. The Avalanche won the deciding game on June 26 and dented the Cup mere moments later.

It's been perhaps the most successful half-year for anyone in professional sports. Kroenke, who's married to Wal-Mart heiress Ann Walton Kroenke, already has a staggering net worth of about $10.7 billion. Multiple championships only help increase the overall worth of his teams.

The good times could continue, too. The Rams and Avalanche will be among the favorites in the NFL and NHL, respectively, and the Denver Nuggets look poised for their best run of the Nikola Jokic era. By this time next year, Kroenke might be adding a few more championships to his collection.