Football fans in St. Louis and the state of Missouri got some bad news recently when the NFL voted to allow the Rams to move from St. Louis to Los Angeles. As could be expected, the fans, city officials, and state officials were not happy that the team they have supported for years is leaving.  There were good times and bad, but fans never expected them to end.

When it took too long to come up with a new stadium deal complete with financing, Rams owner Stan Kroenke decided he had enough of the Midwest. However, while the team will soon be on the west coast for the foreseeable future, fans in the state of Missouri and the city of St. Louis will have a reminder of the Rams' time for years to come – the Edward Jones Dome.

Taxpayers in the state of Missouri and the city of St. Louis will still be paying for the stadium they helped pay to build to get the Rams to move to St. Louis from Phoenix back in 1995. Bonds were used to raise the $280 million in public funds it would take to build the stadium. 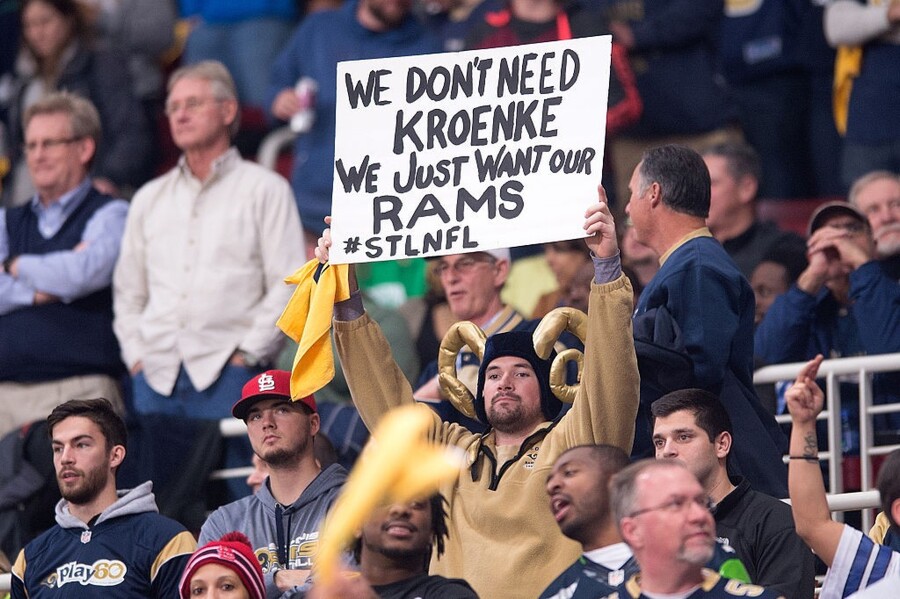 Photo by Michael B. Thomas/Getty Images

As of the beginning of the 2015 season, there was still $129 million owed on the bonds, which are not scheduled to be paid off until 2021, at the earliest. Without the Rams making a $500,000 rent payment any longer, that will not be as easy of course. The city is currently scheduled to pay $5 million a year and the state $12 million a year in hopes of getting it paid off in due time.

As wrong as it seems for the people to still be paying for the stadium long after its intended resident leaves, the Rams are only partially to blame. While they are moving, the way the lease agreement was written made it easy for the Rams to leave. 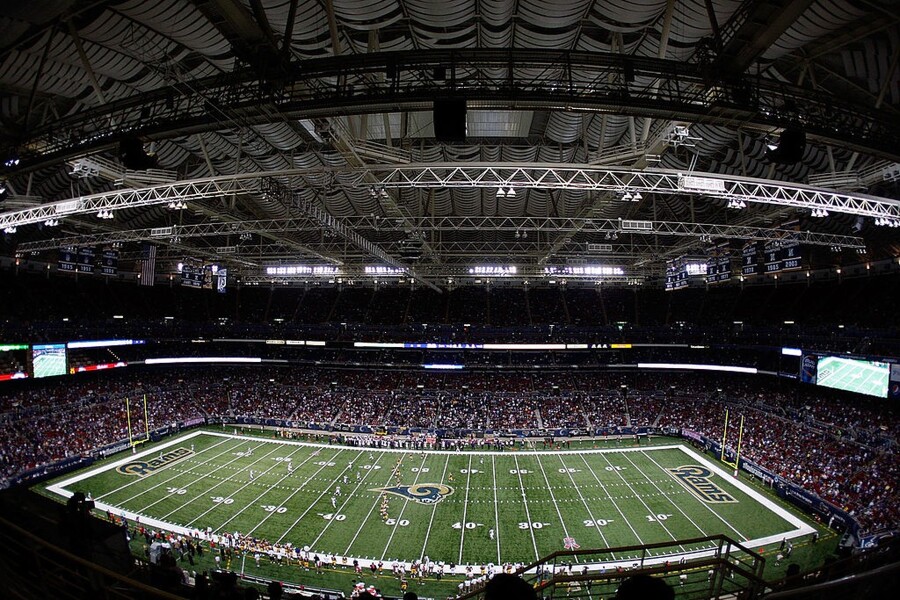 Should the stadium lose its status as a first tier venue (among the eight best in the league), the team could opt out of the lease and do as they choose. With the number of new stadiums that have been built since the Rams moved to St. Louis, the Edward Jones Dome certainly doesn't qualify, any longer.

Maybe if the lease had not been so team friendly, fans might have had a better chance at keeping their team. As a counter to the clause, an additional one should have been added that would require the team to finish paying off the bonds, should it opt out of the lease. That way, Kroenke would have had a little more motivation to try to keep the team in St. Louis.

Then again, who could have known that stadium construction would ramp up the way it has over the last 20 years, making it impossible for simple renovations to allow a team to keep up.