Stan Kroenke and his St. Louis Rams have been in the news a lot lately, as the fate of his team remains up in the air. Where will the Rams call home next season? Will they move to Los Angeles or will they stay in St. Louis?

If he is going to move the team to Los Angeles, it looks like he is going to have to pay a $500 million relocation fee. While for most that would seem outrageous, but for a guy worth $7.7 billion it is not that big a deal.

Yes, the man is worth $7.7 billion, and he obtained some of it in a way every guy has dreamed of. 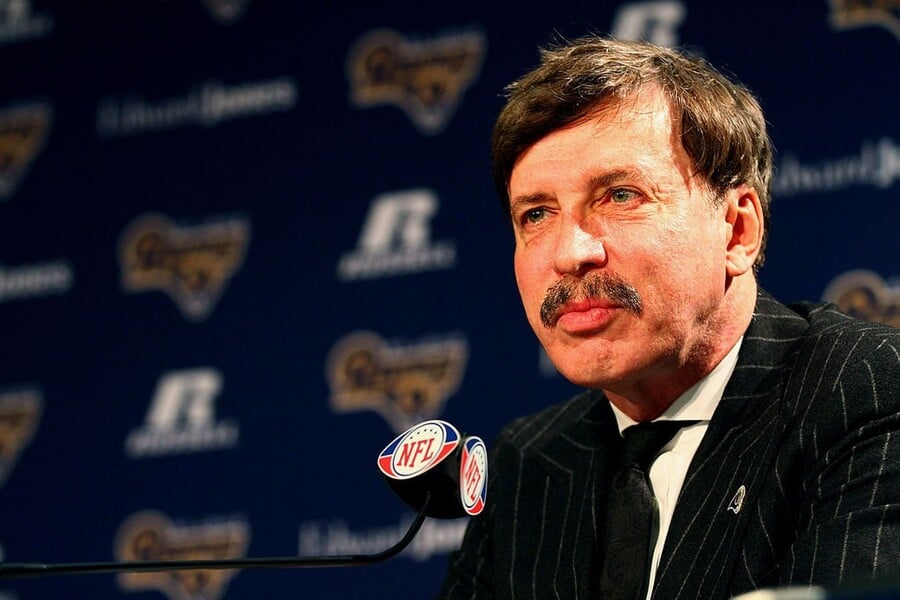 He began to amass his fortune on his own when he founded the Kroenke Group, a real estate development firm, in 1983. Since marrying Ann Walton, daughter of late Wal-Mart co-founder Bud Walton, he has been in a good position to develop the plazas surrounding new Wal-Mart stores. When Bud Walton died, they inherited a $4.8 billion stake in Wal-Mart.

Kroenke formed another real estate company in 1991, THF Realty (which stands for To Have Fun). He is also the majority owner of several working ranches, and is the ninth largest landowner in the country with 848,631 acres to his name.

So where is the part that every guy has dreamed of?

Along with his real estate holdings, Kroenke has been investing in professional sports teams for years (through Kroenke Sports Enterprises).  He has owned 100 percent of the Denver Nuggets and Colorado Avalanche since 2000. A couple years later, he partnered up with John Elway and became a part owner of an Arena Football League team, the Colorado Crush. He expanded his empire to include the Colorado Mammoth (National Lacrosse League) and Colorado Rapids (Major League Soccer) in 2004. He is also the largest stake holder in the Premier League football club Arsenal.

His involvement in the NFL started in 1995, when he purchased a 40 percent stake in the team, in 1995, when the Rams relocated to St. Louis. As part of his deal, he had the right of first refusal to buy the rest of the team from the estate of Georgia Frontiere. He exercised that option in 2010, when he purchased the rest of the team for $750 million. The team is now worth $1.45 billion.

However, to do so he had to give up his controlling stake in the Avalanche and Nuggets, which he transferred to his wife.