When you think of professional franchises that are well-run, the San Antonio Spurs usually come to mind. With five championships since 1997, the team is perennially among the best in the league.

That's what makes their offseason moves so confusing. Despite ample cap space at the end of the regular season, the Spurs instead invested $120 million in two guys who are a combined 69 years old.

The moves really don't make a lot of sense for a team that won 61 games last year. Gasol opted out of his player option worth $16 million. Why sign him to a longer deal for the same annual salary? 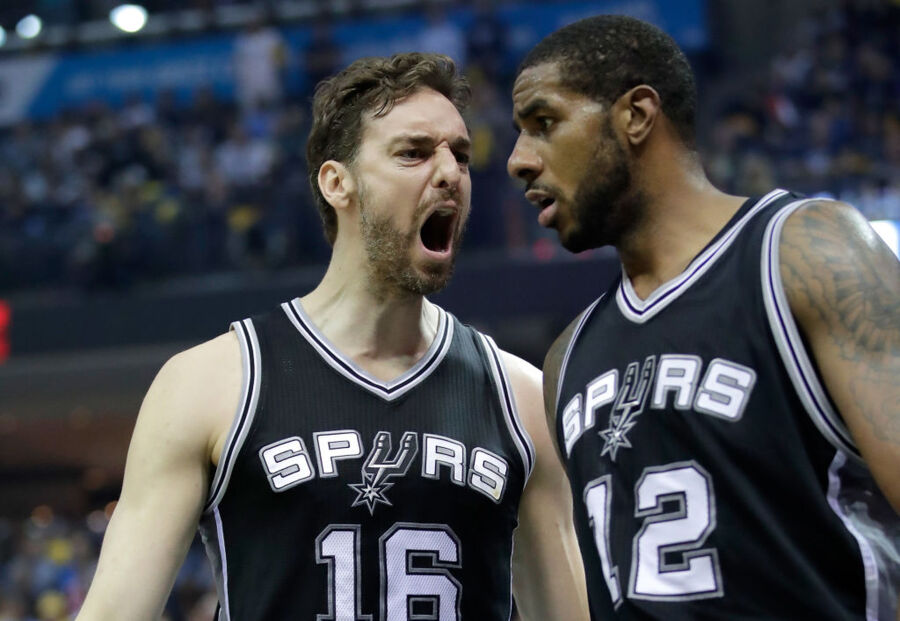 And Aldridge really hasn't been a top player since leaving Portland. He publicly clashed with the Spurs and there were rumors the team was looking to trade him. However, after signing his extension, Aldridge praised both the Spurs organization and his coach Gregg Popovich. Maybe the two sides can still reconcile, after all.

After striking out on big names like Chris Paul during free agency, it's possible the Spurs wanted to at least hang onto the players they had. But it could tie them up financially for the next few years.

The Spurs could score $40 million in cap space if Aldridge, Rudy Gay, and Danny Green all opt out of their contracts next summer. But Aldridge and Gay likely won't find better deals on the open market.

If both of those guys opt in, it'll take some smooth moves by the Spurs front office to open up enough cap room to sign a marquee free agent. In a summer where guys like LeBron James, Paul George, and Paul will all be available, the Spurs will have their work cut out for them. And it possibly could have been avoided with better decisions this summer.