One of the biggest stories from this year's Rio Olympics was the tale of Ryan Lochte and three other U.S. swimmers getting robbed at gunpoint. It was a story that took many twists and turns over the course of a week, and ended with both the Brazilian police and Lochte admitting it wasn't entirely true.

And now, Lochte is feeling the effects of his made up story: four companies have decided to end their partnerships with him.

Speedo USA, Ralph Lauren and mattress company Airweave all announced they are no longer supporting Lochte as sponsors. Syneron Candela, a company that sells hair removal devices, said they had ended their partnership with Lochte, a 12-time Olympic medalist, on Sunday.

While the total amount of money Lochte will lose isn't known, it could be more than $1 million. Speedo USA said on Twitter that it plans to donate $50,000 of Lochte's sponsorship fee to Save the Children, a charity that helps children in Brazil. The company and swimmer have been business partners for more than a decade, but through a statement, Speedo USA said it "cannot condone behavior that is counter to the values this brand has long stood for."

Similarly, Syneron Candela said they expect both their employees and business partners to adhere to the company's high standards, and Ralph Lauren said Lochte's endorsement deal, which was only for this year's Olympics, would not be renewed. Airweave simply tweeted its announcement revoking Lochte's sponsorship. 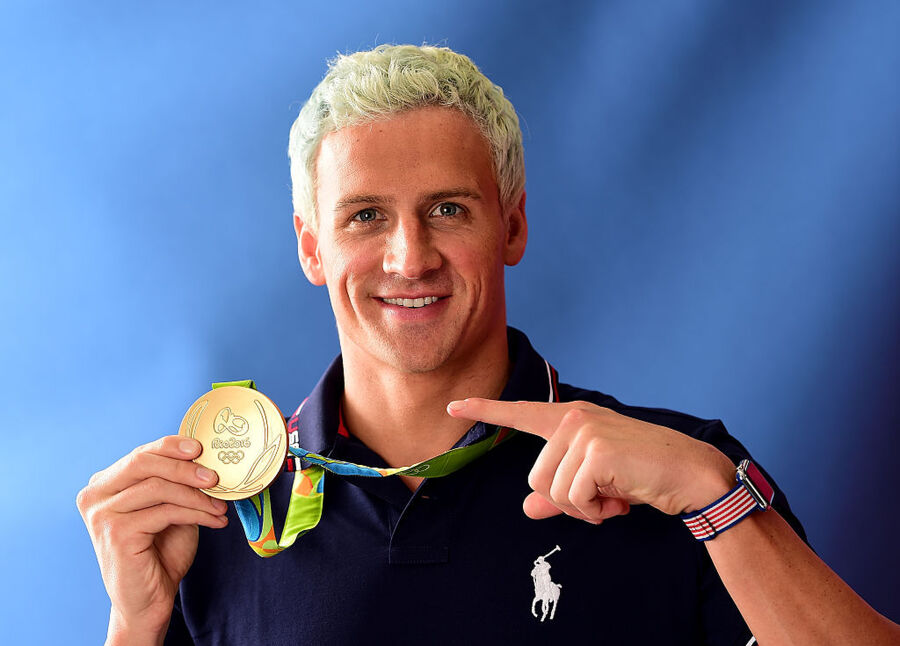 Along with three other American swimmers – Jimmy Feigen, Jack Conger and Gunnar Bentz – Lochte made up a story of being robbed after a night of partying in Rio. Brazil authorities denied the claim, insisting the quartet had vandalized a gas station bathroom instead, and offering about $50 to pay for the damage before leaving.

Lochte initially said they were traveling in a cab that was stopped by armed men, and he had a gun pointed at his head. Lochte made it back to the U.S., but Conger and Bentz were pulled from their flight that would have returned them home. They told police the confrontation at the gas station began when Lochte removed a poster from the wall. Feigen later donated $10,800 to a charity in Rio that teaches martial arts to poor children, as part of a deal to avoid prosecution.

Lochte has apologized both on social media and in an NBC interview with Matt Lauer, saying he over exaggerated the story, but still insists he was held at gunpoint.

After winning a gold medal in the 4×200-meter freestyle relay to add to his tally, Lochte's 12 medals make him the second-most decorated male swimmer of all time, second only to Michael Phelps.

But Lochte already had fewer sponsors this Olympics than he did in the 2012 games in London. By the time the dust settles, he just might lose everything.