Since joining the team at the end of 2016, Spencer Dinwiddie has been one of the bright spots of the Brooklyn Nets. They've risen from league laughingstock to formidable playoff opponent, and the explosive guard played a major part. Now, he's looking to cash in on his skills in a new way. And if he does, it could change the NBA forever.

Dinwiddie signed a three-year, $34.36 million contract in December. He's looking to convert some of his contract into a lump sum upfront.

According to The Athletic, multiple sources say Dinwiddie "is starting his own company to securitize his NBA contract in the form of a digital token as he begins a three-year, $34.36 million extension with the Nets. It's unclear how much of the contract amount he wants to raise upfront, but it would likely be less than the total amount, according to sources."

In essence, Dinwiddie is hoping to receive a large portion of his salary from investors now. He'll then take that money and invest it to earn even more. The old financial saying is that money in your pocket now is more valuable than money in your pocket later. Dinwiddie's investments have a longer time to earn interest if he puts his money into them now. 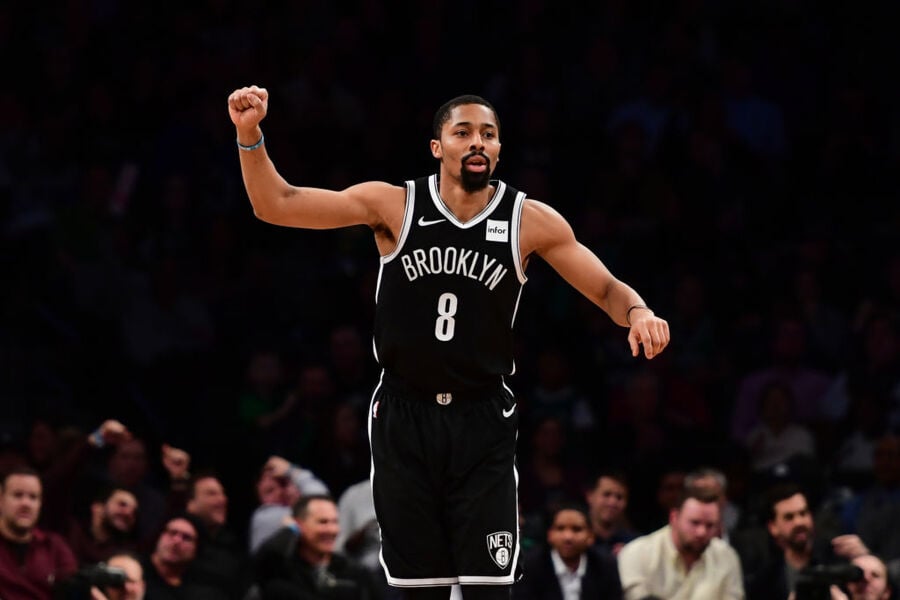 The idea is that Dinwiddie's actual NBA contract would pay back his investors. Those investors would receive their principal investment and interest.

It's not without risk; if Dinwiddie makes bad investments, he could owe investors money that he can't afford. The "digital" part of his contract implies he'd invest in cryptocurrency, an area he's interested in exploring more.

Of course, the league would have to approve this move, but if Dinwiddie pulls it off, it may become more common for players.

Dinwiddie was a big influence on Kyrie Irving signing with the Nets. Once Irving joined, Kevin Durant and DeAndre Jordan followed suit. The Nets, at least for the moment, appear to be set up for success for years to come.

Dinwiddie may have already changed the NBA landscape once with his recruiting prowess. And now, he's looking to do it a second time.