Over the last 12 months, Spanish soccer club FC Barcelona has reportedly made a record breaking revenue of around $770 million, beating a record previously set by Manchester United when they earned $765 million in the 2015-16 season. Note that this number includes profits from player sales, while Manchester United and Real Madrid generally exclude those sales from revenue totals.

This comes after a somewhat disappointing season for Barcelona, as it finished behind Real Madrid in the La Liga standings, and lost in the Champions League quarterfinals. The total revenue was $14 million more than projected, and $31 million more than their previous season.

Compared to other franchises across the sports world, Barcelona ranks fourth, valued at $3.64 billion. Above them are the Dallas Cowboys ($4.2 billion), New York Yankees ($3.7 billion) and the England-based Manchester United FC worth $3.69 billion. Barcelona says the debt-to-earnings ratio is roughly two-to-one before interest, taxes, and other fees worth more than $130 million over the season. 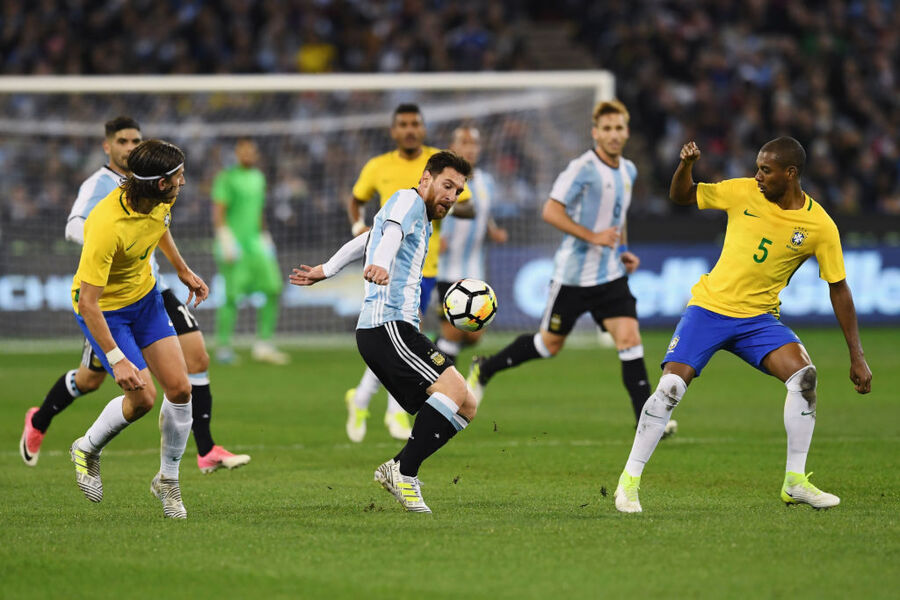 Revenue will also get a boost next season when Japanese firm Rakuten takes over a sponsorship from Qatar Airways in a deal worth more than $60 million annually. An extension with Nike will kick in the following season worth at least $168 million per season, well above Manchester United's $111 million deal with Adidas.

Barcelona allocated 66% of its expenses towards "payments of salaries to athletes." Five-time player of the year Lionel Messi earned more than $50 million in salary and bonuses and ranked as the second highest-paid soccer player, behind Cristiano Ronaldo. Messi recently signed a three-year long extension to remain through 2021. The club has a plan to renovate its home stadium, Camp Nou, that calls for revenue to reach $1 billion by 2021. So far, they feel these plans are on track.

The renovation will expand stadium capacity to 105,000 seats and is expected to cost around $650 million. The idea was presented in 2014, and the outlook looks even brighter now. A third of the revenue will come from their income, while the remaining two-thirds will come from loans and the naming rights.

Manchester United will not report their fiscal year results until September, but the vote for Great Britain to leave the European Union has hurt the value of the British pound overall. Current forecasts suggest that United's revenue will top out around $722 million in USD.