One thing we know about Tom Brady: He sure does love the spotlight. The seven-time Super Bowl champion announced his retirement leading up to this year's Super Bowl, taking the attention away from the Los Angeles Rams and Cincinnati Bengals. That retirement lasted all of 40 days before Brady announced — on Selection Sunday, among the biggest days of the entire college basketball season – that he was coming back to the NFL next season. In a tweet, Brady said he had "unfinished business" and was returning to the field.

Suddenly, March Madness took on a whole new meaning. The women's NCAA Tournament, which is broadcast by ESPN, was replaced with front-page coverage of Brady's return. Instead of discussing bracket picks, analysts were talking about what this means for Tampa Bay's title hopes.

While college basketball teams and fans were irked, one particular person must be feeling especially lousy right now. Just hours before Brady's announcement, ESPN reported the quarterback's final touchdown pass had gone for $518,000 on the auction site Lelands. 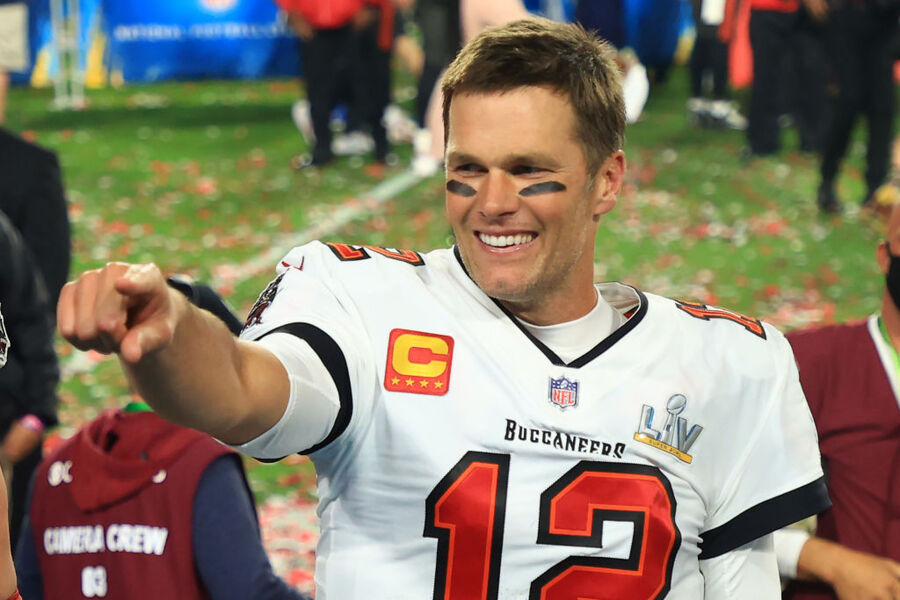 Brady threw the touchdown pass to Mike Evans during Tampa Bay's NFC divisional playoff game against the Los Angeles Rams. The 55-yard toss trimmed the Rams' lead to 27-20; the Bucs eventually tied the game at 27 before the Rams kicked a field goal for the win as time expired.

Evans, not knowing Brady would announce his retirement after the season, threw the ball into the stands. The fan who caught the ball eventually returned it to the team. Evans normally gives his touchdown passes away as a nice gesture to fans — he did the same thing with Brady's 600th career touchdown pass, and the team gave a bit of a haul to that fan — so the receiver likely didn't think much of it, especially with the Buccaneers in the midst of a comeback.

In total, 23 people placed bids on Brady's last touchdown ball. His very first touchdown pass, a throw to Terry Glenn when he was on the New England Patriots, sold for $428,841 last year.

After Brady announced he's unretiring, how much is this ball now actually worth? Some would argue paying more than half a million dollars for a football is already a crazy offer, but this thing's value has dropped faster than a new car that just left the lot.

Sure, Brady could theoretically come back and immediately get hurt before throwing a touchdown pass. That scenario happened in 2008, when Brady tore his ACL and MCL in the team's first game. Or he could come back and Tampa Bay could struggle to, say, a 6-11 record and miss the playoffs entirely. If this ball turns out to be Brady's final career playoff pass, it might still retain some value.

Both of those seem like long odds, though. Brady has typically been the picture of health, and Tampa Bay is easily the favorite in the NFC South. Another playoff berth is almost a certainty.

So for now, this looks like one of the biggest sunk costs in NFL fan history.