A large majority of NBA players have received the COVID-19 vaccine. Some, like Karl-Anthony Towns—who not only caught the virus in January, he watched it kill his mother, uncle, and five other members of his family—were early advocates for getting vaccinated. Others, like LeBron James, initially held out before receiving the vaccine in the name of teamwork.

But there are still several players throughout the league who are either unvaccinated or won't share their vaccination status. And it could cost some of them a lot of money—most notably Kyrie Irving of the Brooklyn Nets and Andrew Wiggins of the Golden State Warriors. 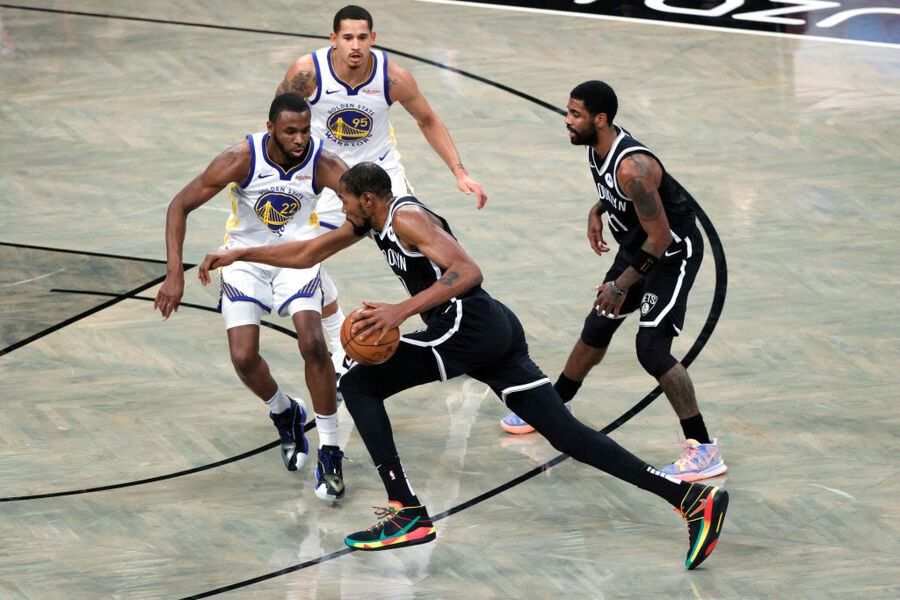 Andrew Wiggins (far left) and Kyrie Irving (far right) could potentially lose a lot of money if they're not vaccinated. (Sarah Stier/Getty Images)

The rules would impact only players in those markets. Out-of-state visitors have exemptions, so the vaccination requirements don't apply to them.

Marc Spears reported Wiggins was asked about the money he could potentially lose, with Wiggins replying that was his problem, not the media's. Bobby Marks followed up noting that Wiggins would forfeit $8.9 million if he missed all 41 home games.

Meanwhile, Yahoo! Sports reports Irving would lose $425,000 for each game he misses that's played in New York — all 41 Nets games and two road games with the New York Knicks. Since Irving also plays in the New York market, those games count as de facto home games. Every player on the Knicks is vaccinated.

All told, Irving would forfeit close to $18 million if he misses the entire season. He didn't participate in the team's media day on Monday as a result of being unvaccinated.

It's entirely possible both Wiggins and Irving have either gotten vaccinated or choose to do so before the season begins. But right now, it's looking like they're willing to give up a lot of money to stay unvaccinated.