Soccer Legend Pelé Is Suing Samsung For Using His Likeness To Sell TVs… How Much Is He Asking For?

Brazilian soccer legend Pelé is widely regarded as the greatest player of all time. And for good reason: he netted 650 goals in 694 appearances, and scored another 77 in 91 international matches.

However, all that fame and success comes at a price. In this case, that price is Pelé's identity and likeness. The soccer star is claiming Samsung used a look-alike of his image in a newspaper ad to promote its televisions, and didn't pay him any endorsement rights. Pelé is asking for $30 million in the lawsuit.

The ad, which curiously references seeing things in "more colour" despite being completely in black and white, appeared in The New York Times last October. It doesn't directly reference Pelé by name, but the lawsuit says the ad features a man that "very closely resembles" the star, and the image of another player executing a "modified bicycle or scissor-kick, perfected and famously used by Pelé." The latter might be a bit harder of a sell, as many players have pulled off a bicycle kick during a match. 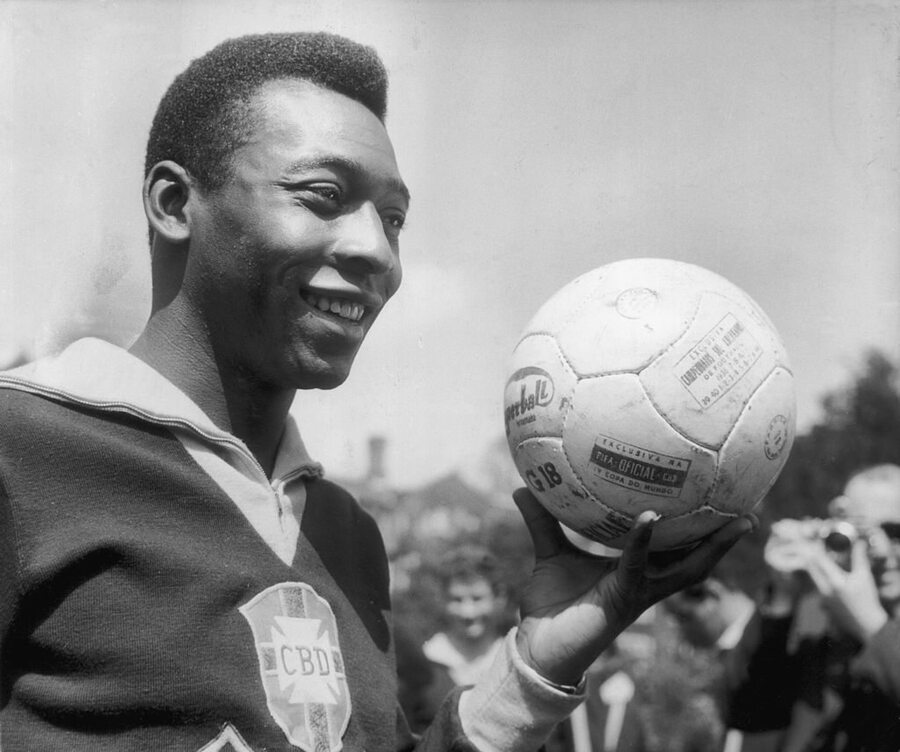 What's likely working in Pelé's favor, though, is the fact that Samsung had been in negotiation with the soccer legend to use his image back in 2013. That deal never happened, and according to the lawsuit, the electronics company "never obtained the right to use Pelé's identity in any manner or in any format."

Frederick Sperling, Pelé's lawyer, claims the ad hurt the value of his client's endorsement rights, which has been his main source of income since retiring from the pitch. The soccer star earned $25 million in endorsements in 2014, and has deals with major companies like Subway, Volkswagen, and Emirates Airlines.

Sperling has a bit of success with sports stars. He previously played a part in Michael Jordan earning $8.9 million from the supermarket chain Dominick's, which used the NBA Hall of Famer's likeness in an ad for steak.

Now he's doing his best to score a goal for Pelé.