According to reports, the slugger was asked by the team what it would take to get a deal done and he responded by saying he wanted a five-year deal worth more than $30 million a season.  Yes, the 35-year-old is demanding that he become one of the highest paid position players ever to play the game. 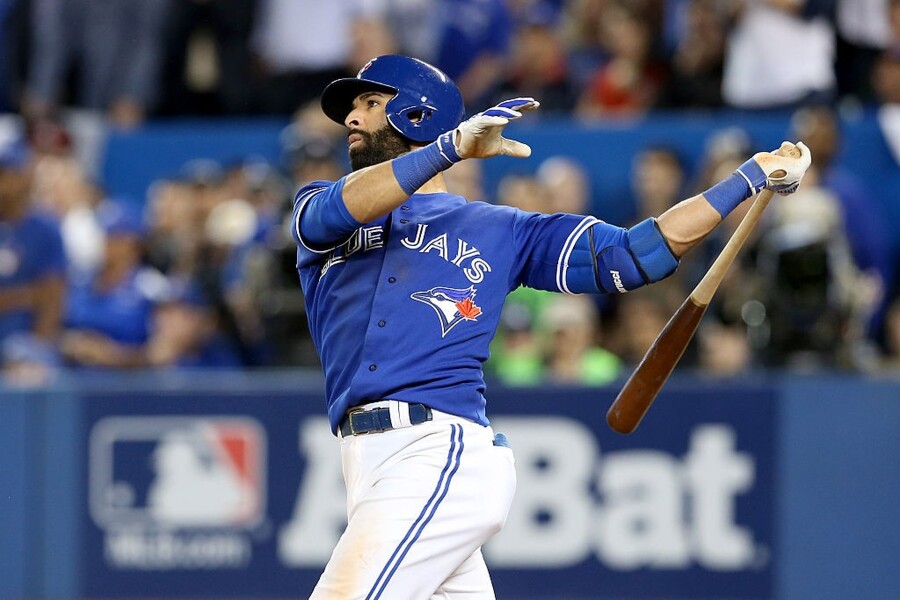 Since the team approached him, he decided he might as well be upfront and tell them exactly what it will take, rather than waste time and effort negotiating. From some of the comments he made, it sounds like if they don't pay him accordingly, he is more than willing to take his talents elsewhere:

"I'm not going to sit here and bargain for a couple of dollars," he said, adding later, "They either meet it or it is what it is."

Considering the way he referred to his current deal as a "home town discount," it is clear he has no intention of backing down.

Bautista signed a five-year deal for $65 million back in 2011, and the club signed him to a $13 million extension prior to last season, making him the 51st highest paid batter in the league last season. Performance wise, he finished the year 7th in the league in home runs, 4th in RBI's, and 13th in slugging, but his batting average rated 114th in the game.

So he doesn't hit often, but when he does, he makes the most of it, but does that make him worth $150 million for what will likely be his last contract?

The argument his representatives are trying to make is that his value to the team is similar to the value Miguel Cabrera has for the Detroit Tigers (current contract averages $31 million a season) or Derek Jeter had for the Yankees (averaged $27.5 million a season under his last contract).

Yes, he is insanely popular in Toronto and his performance has been key to the team's success in recent years, but enough to justify demanding $30 million a season and becoming the second highest paid position player in MLB history (first belongs to Miguel Cabrera who is making an average of $31 million a season under his current contract)?

There will be few, if any, who would argue for paying any player that well in his twilight years.

Bautista has since called reports that he demanded $150 million as false. He did not clarify what his demands are, but according to reports he wants more than five years and more than $150 million (but less than $30 million a season).