ESPN has been the worldwide leader in sports for as long as most of us can remember. That has been due, in part, to the personalities that have called the network home–as well as the lack of competition. However, recent years have seen some of the network's best personalities leave. In some cases, they were fired, but more often than not departures have been about money. That appears to be the case with the latest to leave ESPN: Skip Bayless.

"Skip Bayless has decided to leave ESPN when his contract expires at the end of August," ESPN said in a statement. "We want to thank Skip for his many contributions to ESPN. His hard work and talent have benefited ESPN for 12 years."

Bayless is known and despised for his work on First Take, a debate-based talk show, that he has done with Stephen A. Smith since 2012 (when Smith joined the show, Bayless had been a part of it since 2007). The show became infamous for the loud arguments the two would have as they shared their outlandish and often unpopular opinions. However, in spite of the criticism often levied against it, the show is the highest rated program on ESPN2.

Bayless first started working with ESPN back in 1989 as a panelist on ESPN's The Sports Reporters. Over the years, he appeared on several different programs for ESPN and Fox Sports while also working for some newspapers. In 2004, ESPN hired him on full-time to be on a segment of ESPN2's Cold Pizza called 1st and 10. Three years later, the program would be rebranded First Take.

Most people probably are not aware of this, but at one time Skip Bayless was an award-winning journalist. However, years of offering crazy opinions on various programs killed his credibility. He went from being viewed as a respected journalist to a buffoon. 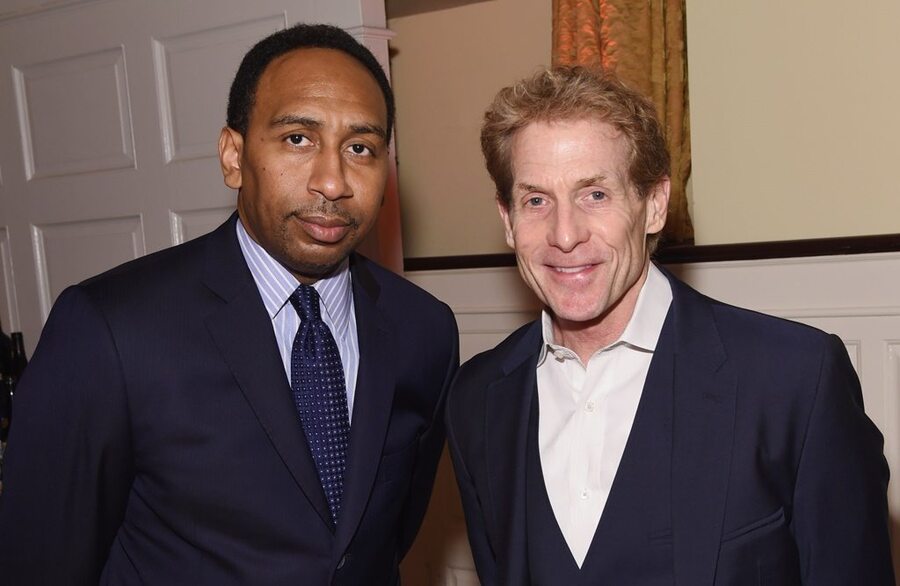 The following tweets are just a few of his craziest opinions from over the years:

According to reports, ESPN was willing to pay him as much as $4 million a year to get him to stay. Fox Sports was open to going higher. Rumor has it, Fox is giving him a $4 million signing bonus and will be paying him $5.5 million a year for the next four years.

The news has not left many (if any) ESPN fans saddened. Instead, it has been met with joy and happiness. Bayless and First Take may have had a loyal following, but his opinions did not endear him to too many people. Viewers seemed to enjoy more when a guest (like Richard Sherman and Mark Cuban) would tear Bayless down and ridicule him than his opinions.

Lucky for him, Jamie Horowitz, the president of Fox Sports National Networks, thinks people want more debate-format type programming rather than shows like SportsCenter. He feels fans get their fill of highlights on their mobile devices, and would rather watch an "opinionist" like Bayless.

ESPN has been cutting loose many of its controversial personalities lately. Former MLB great Curt Schilling was let go after an inflammatory social media post about transgender people. Bill Simmons was suspended several times for making controversial statements before being let go. Colin Cowherd's comments about the mental capacities of Dominicans led to his contract not being renewed.