Six Months Ago Russell Okung Converted Half His NFL Salary To Bitcoin. With Bitcoin Crashing, How's That Working Out For Him?

Russell Okung is an extremely interesting guy. Russell has proven over and over that he is willing to take big and creative financial gambles on himself. Sometimes those gambles work out. Sometimes they do not.

An early example of Russell's creativity came in 2016.

In 2016, Russell was coming off a stellar first few years in the NFL that included a Super Bowl victory in 2013 with the Seattle Seahawks. The Seahawks loved Russell so much that in 2010 they gave him a six-year $48 million contract that came with $29 million in guaranteed money.

Russell did not use an agent when he negotiated a five-year $53 million deal with the Denver Broncos. By not using an agent, Okung would theoretically save himself around $5 million over the life of the deal.

Ehhh… He probably should have used an agent because this would later be considered and absolute train wreck of a contract.

Technically speaking, the deal would only have been worth $53 million if Russell hit a bunch of milestones and incentives (most of which, he did not hit). In reality, the deal was a one-year $5 million contract with an OPTION for four additional years at $48 million and $20.5 million guaranteed. Actually it was even worse than that. Russell's base salary in that first year was just $2 million. He had to earn the remaining $3 million through milestones like being on the roster for the full season.

Furthermore, in that first year he received zero dollars in guaranteed money and no signing bonus. Had Russell been permanently injured in his first game, he would have been out of the league having forfeited tens of millions of dollars that would have been earned with a more traditional contract.

So instead of getting a $10 million signing bonus and around $10 million in base salary – like Lane Johnson – Russell was paid just $2 million (pre-tax) to play that first season. He did ultimately earn an additional $3 million and he did NOT get injured, but he also didn't perform up to the Bronco's expectations.

Unfortunately the Broncos did not pick up his option and Russell became a free agent in February 2017.

Fortunately, a month later he signed a four-year, $53 million contract with the Los Angeles Chargers. It's unclear if he used an agent this time around.

In March 2020, Russell was traded to the Carolina Panthers. 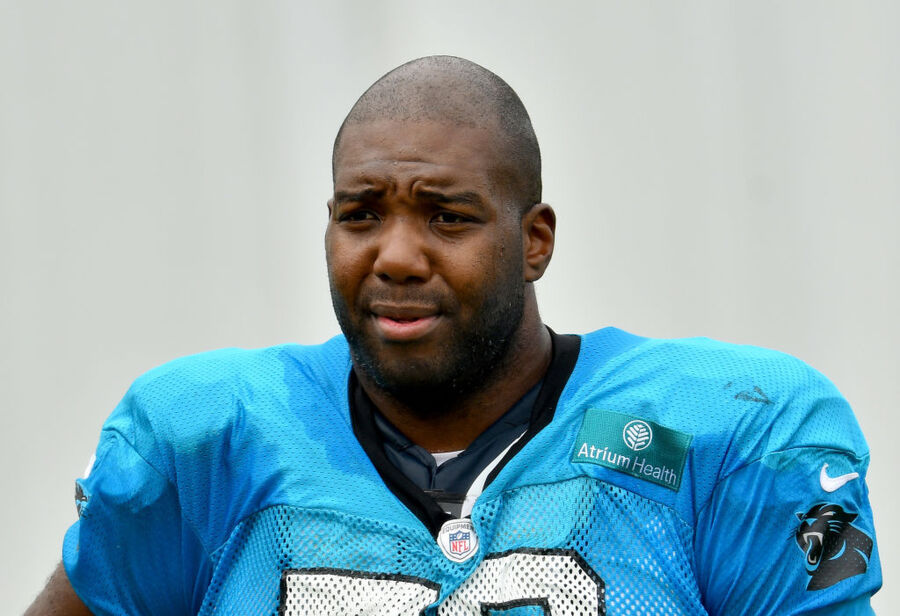 Russell's salary per year with the Panthers is $13 million.

For the next few months, Russell looked like a financial mastermind.

That's a 133% return on his investment in four months.

Unfortunately, the good times did not last for Mr. Okung and his Bitcoin experiment. At least not as of this writing.

For comparison, year-to-date the S&P 500 has returned 13%. So had Russell KEPT his money as cash and simply invested in an S&P 500 tracking index, today he'd have around…

So from that perspective, Russell is no longer looking like a financial mastermind. But if I've learned anything from writing about Bitcoin over the last few years, it's that I have NO idea what Bitcoin is going to do next.