With a current net worth of $400 million, Floyd Mayweather has certainly earned his nickname "Money." Mayweather has earned $730 million to date from his 49 fights, various endorsements and other income streams. When he sets foot in the ring against Conor McGregor on Saturday, he could potentially move his career earnings beyond $1 billion. That would require Floyd to earn around $270 million from the Conor flight which would be by far and away the largest boxing paycheck of all time. But what are Floyd's other extremely large boxing paydays? Here are the top six:

Mayweather won his bout against Maidana by split decision. Just four months later, the two had a rematch. Mayweather again won that fight, though he took home $8 million less.

This Boxing Junior Middleweight bout was held on May 5, 2012. Mayweather won by unanimous decision. Less than a month later, he served an 87-day jail term for domestic abuse.

On September 17, 2011, Mayweather made more money than he ever had in a fight to that point. It was also one of his most controversial. In the fourth round, Ortiz hit Mayweather in the face with an intentional headbutt. Mayweather's mouth began bleeding, and referee Joe Cortez called a time out and took a point away from Ortiz. 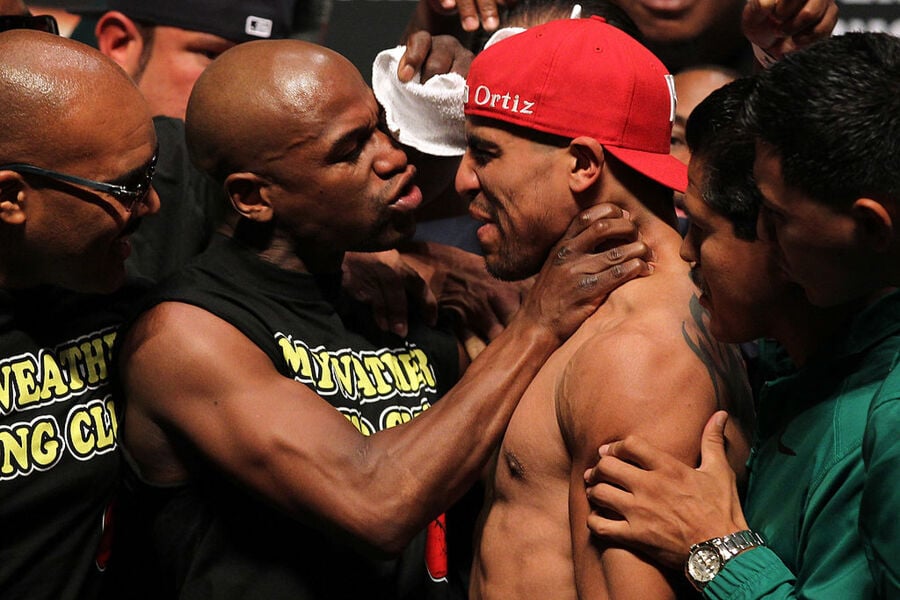 The two fighters hugged and touched gloves, but Mayweather took advantage of Ortiz having his gloves down and dropped a massive left hook on him. Mayweather followed that with a flush to the face and Ortiz dropped to the canvas. Mayweather won by KO.

Mayweather struggled a bit at the beginning of his fight with Guerrero on May 4, 2013. Guerrero won the first three rounds, then Mayweather adjusted and won rounds 4 through 12. Mayweather won by unanimous decision. At the time, Mayweather made his biggest base purse at $32 million. Guerrero's guarantee was a mere $3 million.

Mayweather beat Alvarez in 12 rounds by split decision on September 14, 2013. Mayweather won according to two of three judges, but the third, C.J. Ross, scored the fight a 114-114 draw. Ross retired after the fight.

On May 2nd, 2015, Mayweather took on Pacquiao in a bout that had been in the making for six years. Mayweather won by unanimous decision, though the fight didn't live up to its hype. In the days following, it was revealed that Pacquiao had fought with a torn rotator cuff. To date, $250 million is the largest single pay day any boxer has ever earned from a fight by a large margin. Floyd is hoping to beat this record on Saturday against Conor. 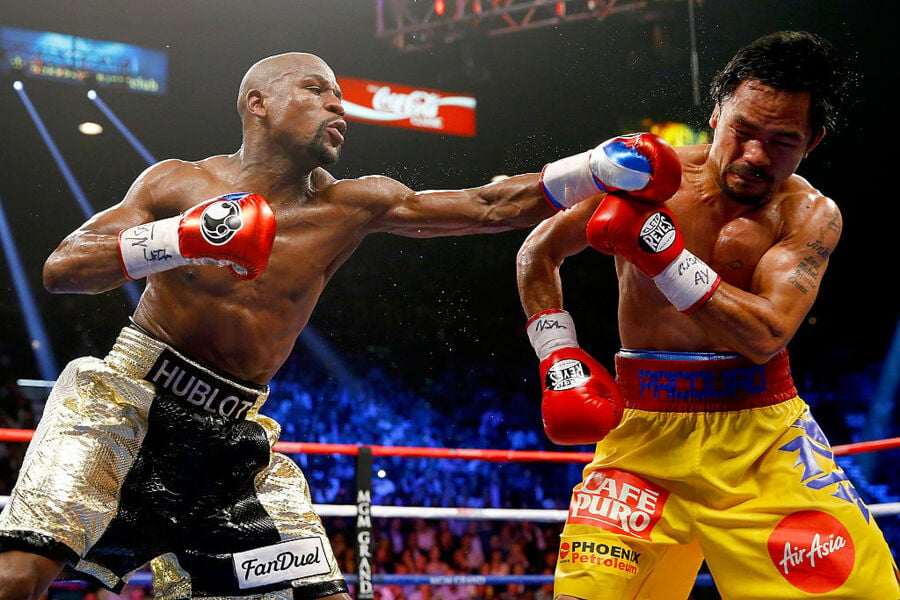 Al Bello/Getty Images
Did we make a mistake?
Submit a correction suggestion and help us fix it!
Submit a Correction