Unless you were living under a rock all of the last NFL season, you couldn't escape Cam-mania. The reigning MVP threw, ran, and dabbed his way into the hearts of people around the world, and became one of the most polarizing players in the league. Sure, he did a lot of charity work and handed out touchdown balls to kids at home games, but have you seen how he dances and trash talks?!

Even Cam Newton's doubters have to admit that he performed very well on the field last season. He threw for 35 touchdowns (rushing for an additional 10) against just 10 interceptions, and led the Panthers to an NFL-best 15-1 regular season record. He did fall short against the Denver Broncos in the Super Bowl, but after three straight NFC South titles, it's hard to imagine him not returning to the playoffs for another crack at a title as he continues to improve.

That's what makes the Panthers' timing of his contract extension such a good move. They signed him last off-season to a five-year, $103 million deal, with $60 million guaranteed and an average of $20.7 million per year. 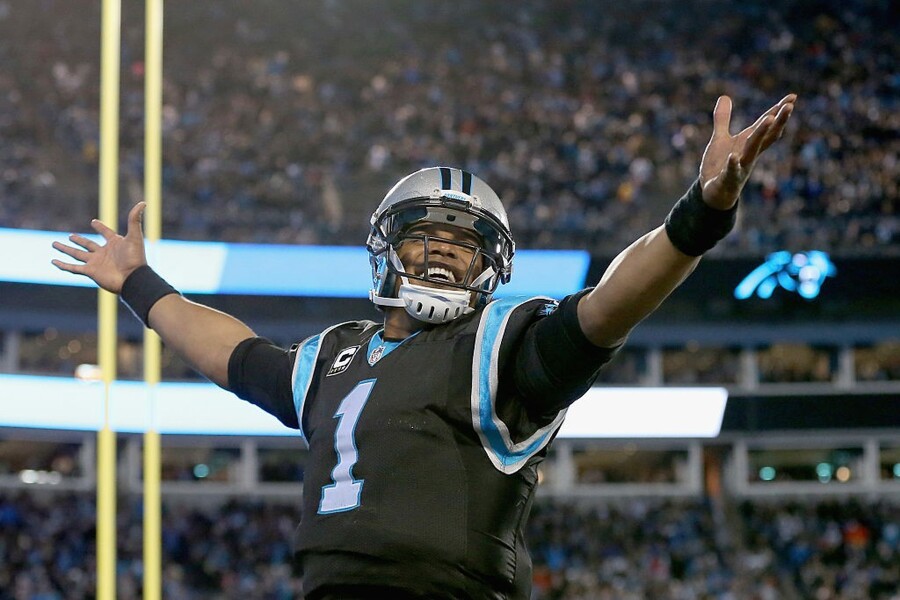 At the time, it seemed like a mega deal, perhaps even too much for a quarterback who had put up fairly consistent rushing numbers, but whose passing could be erratic. And despite winning a weak division a couple years in a row, the Panthers had only won one playoff game. But after Newton's monster season last year, his contract seems like an outright bargain now.

Consider this: during the season, Newton's $20.7 million yearly salary made him the fifth highest-paid quarterback in the league. Since the Super Bowl ended, Joe Flacco restructured his deal and Russell Wilson signed an extension, which drops Newton to seventh. Add in the fact that Colts owner Jim Irsay has promised a "shocking" pay-day for Andrew Luck, and Newton will probably be the eighth highest-paid quarterback when the 2016 season begins.

In addition to Wilson and Flacco, Newton is going to make less than Philip Rivers, Jay Cutler, Eli Manning and Aaron Rodgers. Outside of Rodgers and Wilson, would you want any of those other options, especially at this point in their careers, over Cam?

Had the Panthers waited until this off-season to sign Newton to an extension, it's a near certainty that they would have had to pay him more money, both in yearly salary and guaranteed cash. But now, he's locked up for another four years at a very reasonable price, and he's only 26 years old.

In a league where strong quarterback play is a necessity, the Panthers are set for quite some time.