Wow! Did not see that coming. The most talked-about and hyped-up boxing event of all time, may not have been as talked-about or as hyped-up as we all assumed! It turns out that Mayweather Vs. McGregor did not break the all-time record for most North American Pay Per View buys. But before you freak out, don't worry… Floyd Mayweather and Conor McGregor still made A TON of money for their August 26 event. Like a crazy ton of money. Just not as much as many people hoped/guessed.

Going into the fight, the record for the most Pay Per View buys of all time belonged to the September 2015 fight between Floyd and Manny Pacquiao. On that fateful night, 4.4 million people in North America purchased the PPV feed for around $100. There were some non-North American buys as well, but foreign PPV does not generate a significant amount of money compared to North America. Mayweather Vs Pacquiao, which many felt was extremely disappointing in terms of actual fight action, generated an estimated $600 million in overall revenue. Floyd earned $250 million from the bought, with Pacquiao getting around $150 million.

Based on the social media interest and general public hype surrounding McGregor Vs. Floyd in the weeks leading up to the fight, everyone easily assumed their match would destroy records.

In reality, Mayweather vs. McGregor ended up generating 4.3 million PPV buys, 100,000 shy of the Pacquiao fight. 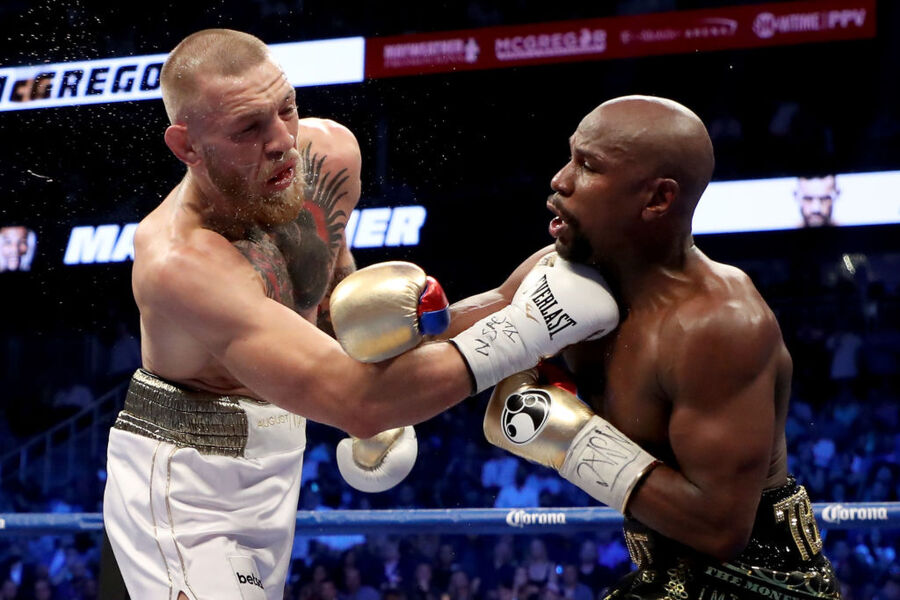 Just like the Pacquiao fight, Mayweather Vs. McGregor generated $600 million in revenue according to Showtime.

So how much did the fighters make for their efforts? It's generally believed that Floyd and Conor had a 3:1 split on all profits generated. If the fight generated $600 million in revenue, there would be around $330 million in profits after all costs are taken out. Therefore, it's probably safe to assume that once again Floyd took home $250 million for his efforts and Conor received around $83 million. Both the UFC and Showtime had nice little paydays as well.

Look, no one should be ashamed of making $250 million or $83 million from a single boxing match. Congrats to these guys! And there's even talk of rematches that might actually take place in a UFC Octagon. I'll believe it when I see it.