Being a college football coach has always been a lucrative gig, particularly when compared to the zero dollars college football players make. But now, more coaches than ever before are cashing in. 72 coaches are taking home at least a million dollars in pay this season, with 36 making at least $3 million. In contrast, only nine were making that much money in 2011, and just one was earning $3 million ten years ago.

If you think that's good, it's even more worthwhile for a college football coach to get fired.

Consider the case of Kirk Ferentz, the head coach at the University of Iowa. He's making $4.5 million this year, but if he's fired after the season ends, he'd be owed more than five times that amount. If Iowa lets him go, he'll make more than $25 million, to be paid out in monthly installments until 2026. If he stays employed with the Hawkeyes, he's guaranteed an additional $22 million from 2021 to 2025 if he wins at least seven games each season from now until 2020. He'd still take home that money even if he got fired in 2021 for a poor season. And it wouldn't even matter if Ferentz ended up taking a job elsewhere – Iowa would still owe him all that money. 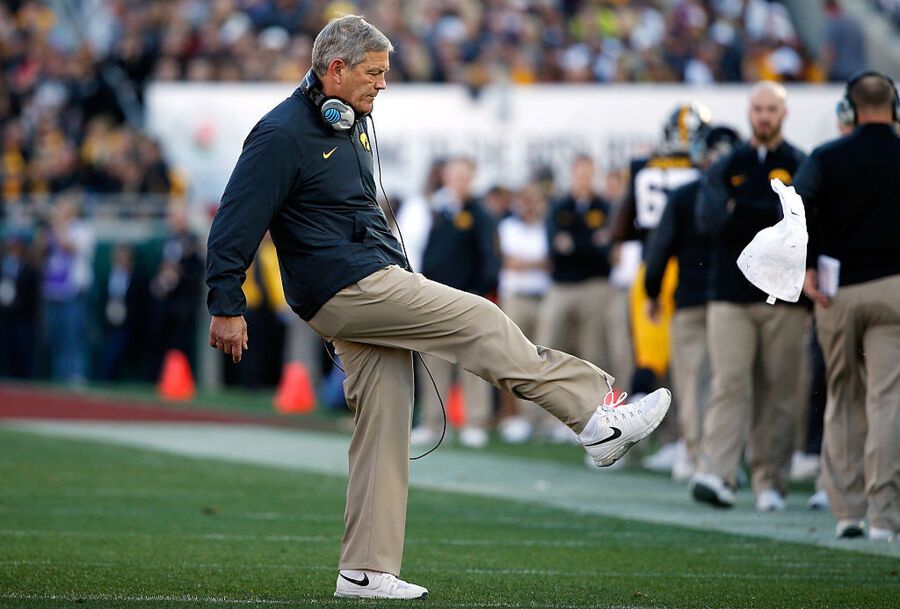 Why are colleges willing to put themselves in positions where they'd owe so much money by letting their coach go? It's not just because coaches as a whole are making money. When a school signs a new coach, there's always a feeling of optimism in the air. After all, this is the man who's coming in to bring the school back into prominence. A university isn't likely to think of the potential negatives down the line and is all too happy to load the contract with buyout clauses if it means getting the guy they want.

As a result of that leverage, there are currently 107 college coaches that would earn contract buyouts if they're fired. Typically, there are two reasons why a coach would be fired. The first is legal cause, such as when a coach violates a major NCAA rule or breaks the law. Coaches usually don't receive any additional payment in these cases.

Sometimes, though, a school can protect themselves by including a clause that limits the amount of money they owe a coach if that coach ends up taking a job at a different school. When Texas fired Charlie Strong last month, they owed him $11.2 million. However, when Strong recently took a job with the University of South Florida, the amount the Longhorns have to pay is reduced by half of Strong's new salary. That amount hasn't been reduced yet, but it's highly likely Strong will make more from Texas and South Florida combined than he would if he remained coach of the Longhorns. Getting fired will prove to be more lucrative for him. Compare Strong to his predecessor Mack Brown: Brown never had a buyout of more than $3.5 million from 1998 to 2013, the year he resigned. 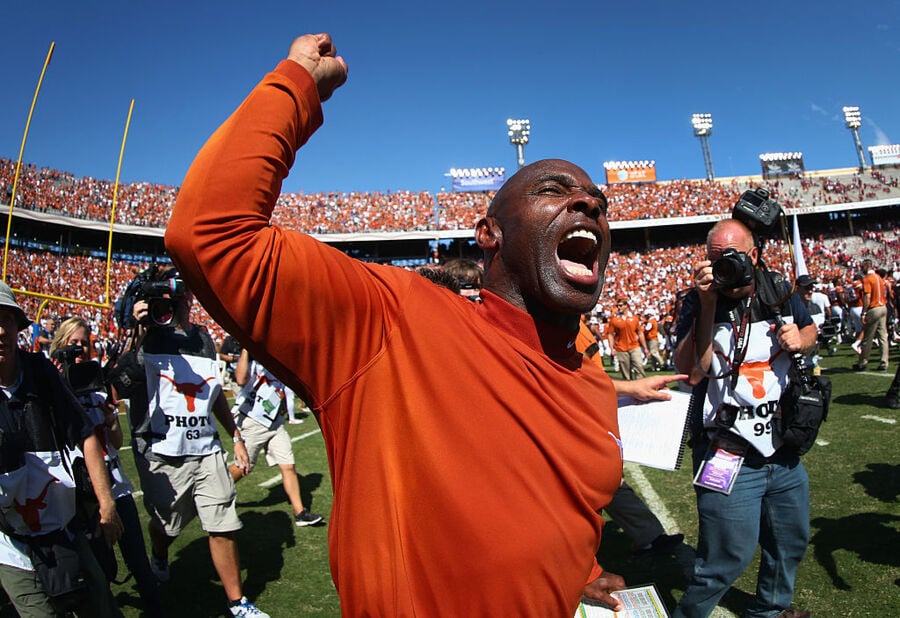 Let's look at another Big 12 school, Kansas. The university has had an incredibly tough time with coaches this century. It started in 2001; Kansas fired coach Terry Allen, who had one year and $320,000 left on his contract. Since then, Kansas has paid three separate coaches not to coach their team.

First, in 2009, coach Mark Mangino received a $3 million settlement after resigning amid allegations that he mistreated players. The settlement turned out to be a bargain for Kansas, as it helped the school avoid paying the $6.6 million Mangino would have been owed if he were fired without legal cause. Mangino was replaced by Turner Gill, who went 5-19 in two seasons before Kansas fired him and bought out the remaining $6 million left on his contract in 2011. The Jayhawks then pinned their hopes on Charlie Weis, who has made a career out of getting fired while still making a lot of money. Prior to Kansas, Weis was the head coach at Notre Dame. He was fired in 2009 and made more than $16 million, with the final payment coming at the end of 2015.

Perhaps it's no surprise, then, that Kansas had a similar experience with Weis. He went a dismal 6-22 before he got fired in 2014. More than $5.4 million is still owed to him in monthly installments. Kansas will finally wash their hands of him this month. Oh, and the university hasn't had a single winning season since 2008.

Proving that the third time (of failure) really is the charm, Kansas hired David Beaty but made sure the buyout provisions won't hurt the school too much. If Beaty is fired for losing, his buyout is no larger than two years' pay, or $3.3 million total, after Beaty just got a pay raise this offseason. He would also be required to seek "similar or related employment" and reduce his buyout from Kansas by the amount of pay he receives at the new job.

While Beaty – whose record over two seasons at Kansas is 2-22 – may eventually turn the Jayhawks around, contracts like his aren't likely to win over any star coaches seeking employment. When a guy like Jim Harbaugh becomes available, teams have to bend over backward and cater to him because he's in such high demand. It makes sense; Harbaugh has proven he can take a team from so-so to one of the best, both at the college and professional levels. As a result, Harbaugh's $9 million this year is more than any other coach in the nation. Michigan went from a 5-7 also-ran last year to one of the best in the nation this year, finishing just outside of the College Football Playoff. The Wolverines football program has been pumping money into the school, too: $88 million of the athletic department's $152 million in revenue for the fiscal year ending in June 2015 was courtesy of Harbaugh and company. 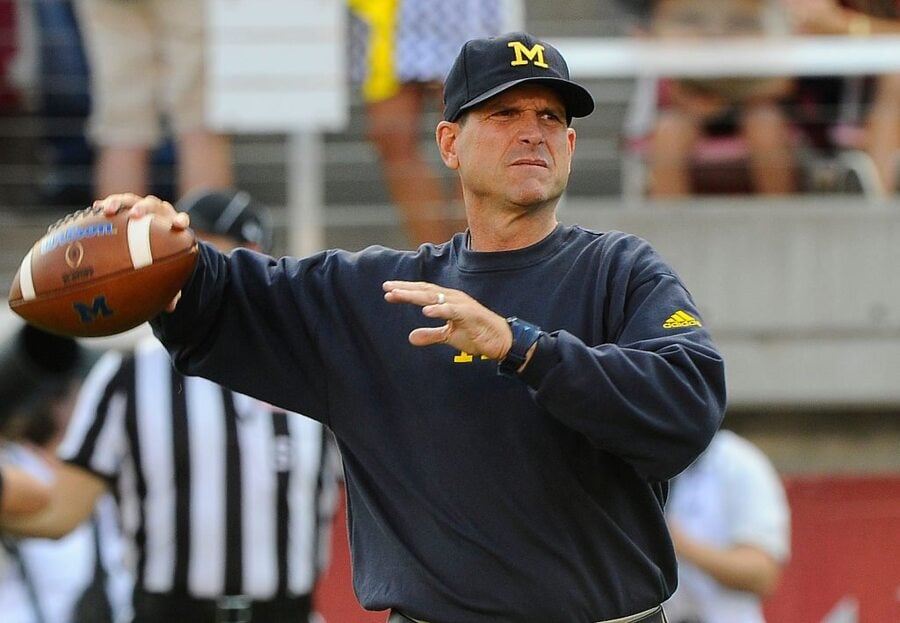 The problem for schools is that even if they're able to dish out the money, there aren't always coaches available that are of Harbaugh's caliber. Sometimes that results in overpaying for an average coach who's able to negotiate buyout terms that are favorable to him. That can start a dangerous cycle like the one Kansas experienced.

Finally, colleges must also consider how an agent can play into contracts. The two longest-tenured coaches in all of major college football are Ferentz and Oklahoma's Bob Stoops, who were both hired in 1998. They're friends and share the same agent: Neil Cornrich. Perhaps it's no surprise, then, that both Ferentz and Stoops have buyouts of about $25 million each, among the top buyouts in the nation. Cornrich credits "the continuity, stability, and branding that they have provided," and that fans and players alike feel more comfortable when they've only known one coach at their favorite college for the duration of their fandom.

Of course, when those multiple winning seasons pile up, the revenue the program brings in can help mitigate the cost – or in some cases, cover it completely. The Big Ten Conference distributed about $34.6 million to each of its 11 longest-standing members during the fiscal year ending in June 2016, and is set to dish out more than $38 million per school in the coming year. That alone would take care of Iowa if they decided to buy out Ferentz's contract.

Winning really can cure everything, it seems. It's just a matter of getting there in the first place. For some schools, that can literally break the bank.