By any measure, Shaquille O'Neal has established a successful career, both in the NBA and post-retirement. During his playing days, he amassed four championships, an MVP award, and 14 All-NBA team appearances. As a player he earned hundreds of millions of dollars from salaries and endorsements. And amazingly, the Shaq money machine has not slowed down in recent years. It's actually sped up. Since retiring, he's joined TNT's Inside the NBA crew alongside Charles Barkley, Kenny Smith, and Ernie Johnson, and has dozens of lucrative partnerships, including ones with Papa John's and The General Car Insurance. Shaq earns more money per year today than he did at the very peak of his playing career.

Yet with all his fortune, Shaq has managed to stay pretty grounded. And unfortunately for his kids, that grounded attitude extends to them as well.

On a recent episode of the "Earn Your Leisure" podcast, Shaq shared a simple mantra his children are periodically reminded: 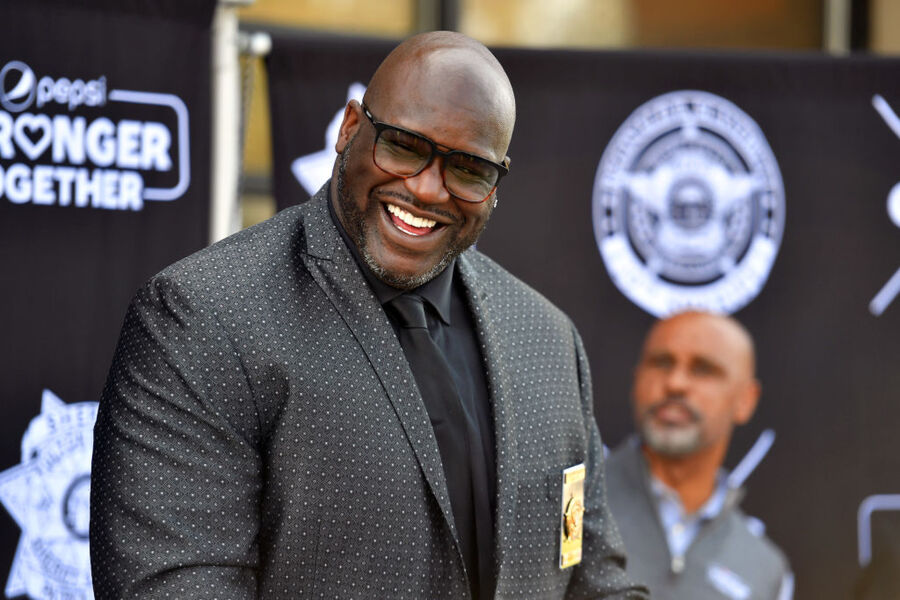 It sounds harsh, but O'Neal extrapolated on the meaning behind it. He wants his sons to earn their bachelor's and master's degrees so they can be successful on their own terms, not given a handout from him.

Of his six children, O'Neal wants to see them become doctors, hedge fund owners, pharmacists, lawyers, or even take over his own business. But he's not going to gift them any money to make it happen.

O'Neal's net worth is approaching half a billion dollars, though he hasn't always had such financial savvy. When he first entered the league, he received a $1 million check before he even played in a game. He spent that money within 30 minutes of receiving the check.

As a result, his banker immediately called him and angrily warned O'Neal he'd end up like all kinds of broke athletes before him if he didn't shape up. The Big Aristotle took that advice to heart and began being smarter with his money. He invests more than a million dollars every year into annuities, and that money has grown enough for him to have plenty to live on.

Beyond his endorsement deals with Papa John's and The General, O'Neal has also worked with Icy Hot, Gold Bond, Buick, Zales, and many other companies. He owns more than 400 different restaurants, gyms, and other service and entertainment complexes, including Five Guys, Auntie Anne's, 24-Hour Fitness, Las Vegas nightclubs, car washes, a movie theater, and a shopping center.

Put it all together and O'Neal has one impressive business portfolio. Yet his children (at least his sons, as O'Neal clarifies) won't see much of it, aside from the occasional birthday or Christmas gift. Unless, that is, they impress him with a business endeavor of their own.

Check out a larger clip of O'Neal's conversation here.