Shaquille O'Neal Just Struck A Major Deal To Sell The Rights To His Name And Image In Perpetuity!

Following in the footsteps of fellow sports stars like John Madden and George Foreman, NBA legend Shaquille O'Neal just struck a major deal to sell the lifetime marketing rights to his name and image. Before you get excited, the exact amount he sold for has not yet been revealed. As I type this, the Celebrity Net Worth research team is hounding all of our sports business sources to obtain that number – or at least an estimated range. In the meantime, here's what just happened:

Shaq struck the deal with a company known as Authentic Brands Group. Authentic has struck similar deals with many celebrities (or their estates), most notably: Marilyn Monroe, Michael Jackson, Elvis and Muhammad Ali. What this deal means, is that Authentic now basically owns Shaq's image and name. Authentic will control the appearance of Shaq's name and likeness on merchandise and in various other promotions and endorsements, worldwide. But unlike most of the deals Authentic makes – where the celebrity has little to no involvement in brand decisions – Shaq will actually stay closely involved with the company and will have a say in what he endorses.

Before today's monumental deal, Shaq's net worth was $350 million. That includes the $292 million in salary on the court during his NBA career before taxes and the roughly $300 million he has earned off the court in the last few decades. And unlike most athletes, his endorsement money has not slowed down at all in retirement. In 2015, Shaq earned a little over $20 million, endorsing companies such as Icy Hot, Arizona Beverages, Buick, Gold Bond, Dove and many more. 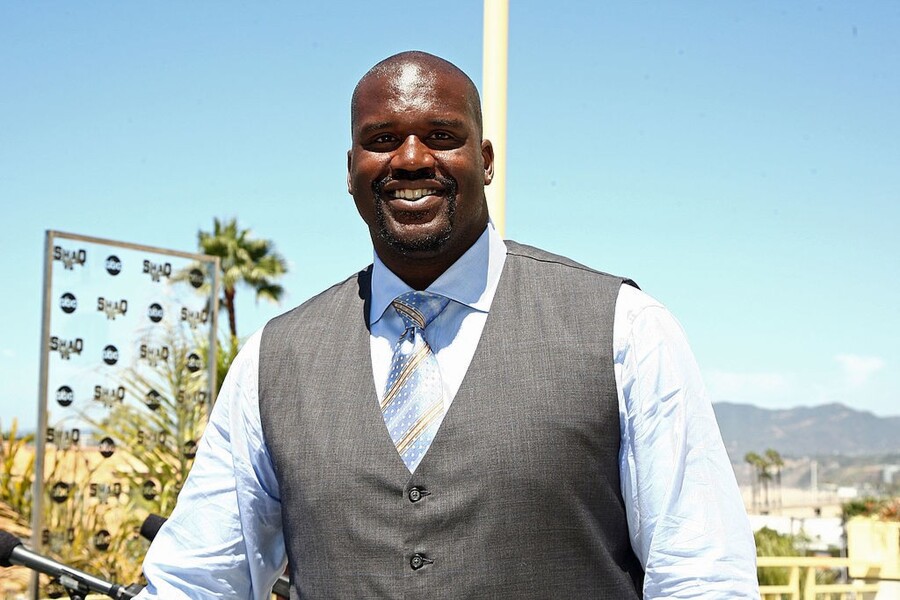 Perhaps most impressively, throughout his career, Shaq has made a major effort to endorse products that are affordable for everyday people. His line of shoes retails for $20 at Wal-Mart; he sold more than 2 million pairs last year alone. His suits sell for less than $300 at Macy's, well below the average retail price of a comparable product. Shaq even has an affordable line of jewelry at Zales, with each piece coming with a price tag in the $100 – $500 range.

When commenting on his overall brand strategy and his decision to focus on affordability, Shaq said the following earlier today:

"My dad [once] said to me, 'Remember, there are more of us than them'. And what he meant by that is that there are fewer millionaires and rich people than there are poor people. A lot of people can't afford $150 shoes, and that stuck with me."

That advice really hit home on a fateful day in the late 90s, when Shaq was still under contract with Reebok. One day, as he and his Orlando Magic teammates were finishing practice, a woman approached Shaq and demanded to speak with him. It turns out this woman was a mother who could not afford to buy a pair of his shoes for her son. As tears ran down her cheeks, the woman pleaded with him:

"Why don't one of you son of a bitches make an affordable sneaker?!"

He then tried to give the woman $200 cash, but she refused and stormed off.

This event changed Shaquille O'Neal forever. When his Reebok deal expired in 1998, Shaq did not sign a new shoe contract with any company. Instead, he went out and manufactured his own shoes. And instead of charging the customary $150 – $200 for a pair of shoes, Shaq priced his sneakers at $40 and sold them at Payless. To date, Shaq has sold more than 100 million pairs of his these lower-priced shoes. 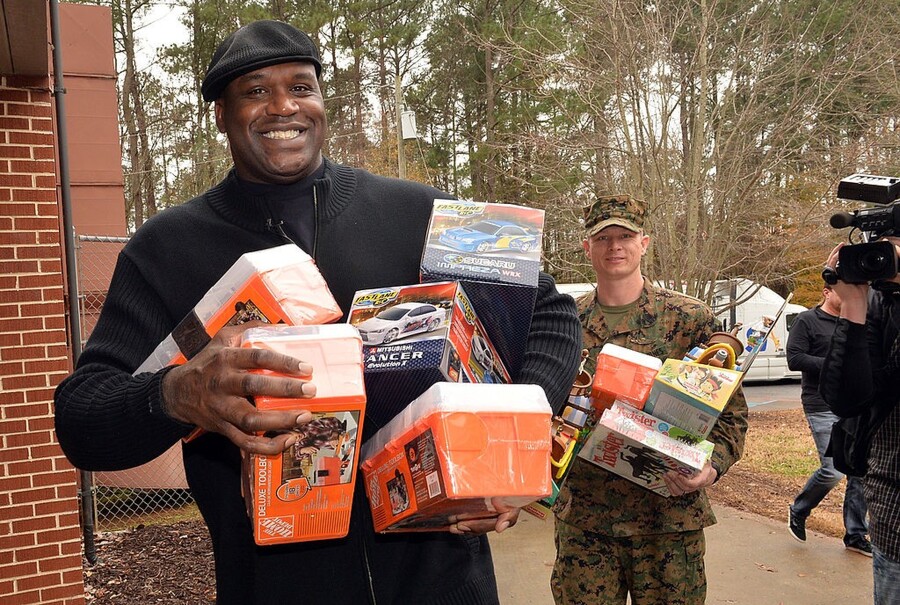 So, how big could this deal be?

VERY, VERY BIG. For the sake of comparison, back in 2004, EA paid John Madden $150 million for the rights to use his name and likeness in their video game forever. Madden also gets a $2-3 million annual retainer. Back in 2001, George Foreman sold his name to the company that was making his famous grills for a cool $137.5 million.

But it's very likely that Shaq sold his name to Authentic for WAY more. Keep in mind that the Madden and Foreman deals were both only related to ONE product. Shaq's deal is for everything his name and face appear on for the rest of eternity. Shaq's deal is likely closer to the estimated $1 billion lifetime deal that LeBron James just signed with Nike. Maybe not quite a billion, but certainly an enormous amount of money. It's also very possible that Shaq is retaining some equity stake in his own name so he can just sit back and cash checks in addition to the lump sum, while other people steer the ship from now on.

However big the deal is, congrats to Shaq. Clearly this is a case of good things happening to good people!