Shaquem Griffin may only have one hand, but he's never let that slow him down. At Central Florida, he was one of the top linebackers in college football last year. His fantastic story continued when the Seattle Seahawks took him in the fifth round of the NFL Draft.

Griffin had his hand amputated when he was four years old due to amniotic band syndrome. That didn't stop him from winning the American Athletic Conference defensive player of the year in 2016 or leading Central Florida to an undefeated season this year, capped by a Peach Bowl victory over Auburn.

Then, at the NFL combine, Griffin posted the best 40-yard dash time for a linebacker since 2003 and did 20 reps of 225 pounds on the bench press using a prosthetic hand. His explosive performance was even more impressive considering Griffin wasn't even invited to the combine in the first place.

Now, Griffin's hard work is paying off in a big way. 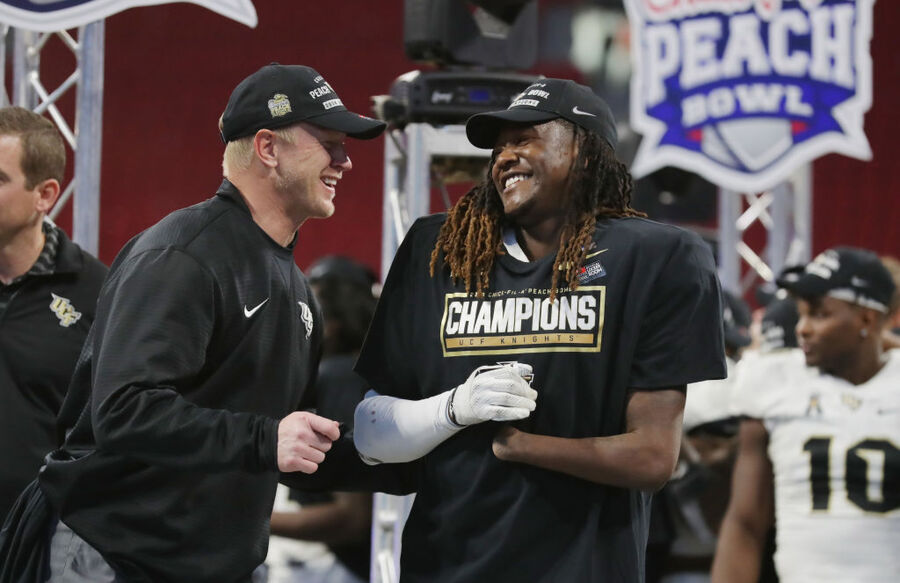 He's already signed an endorsement contract with Nike and has additional deals in the works with Bose, JCPenney, and Eleven James, a brand that makes luxury watches.

Griffin has gotten plenty of media requests, too. However, he's turned most of them down to focus on football.

Griffin's older brother Shaquil is also on the Seahawks. Head coach Pete Carroll said the team was impressed by Shaquem's combine performance and subsequent interview – and expects the linebacker to "come in here and bust ass."

In the NFL, Griffin may spend time at both linebacker and defensive back. Wherever he ends up on the field, you can bet he'll keep working hard to accomplish his goals. He's been doing it for so long, why stop now?