Seven Of The The Worst Contracts In Professional Sports

It's no secret that professional athletes make a ton of money. And in sports like basketball and baseball, the contracts are fully guaranteed, which means that even if a player performs poorly, they'll still get paid. Those are typically regarded as bad deals.

This is a celebration of some of those contracts that look absolutely horrible in hindsight. Though, as you'll see, a few of them looked pretty terrible when they were signed. Enjoy!

Of course, we have to start this list off with a player that holds a special place in our hearts. Back in 1999, Bobby Bonilla signed such a ridiculous contract with the New York Mets that every July 1 is now known as Bobby Bonilla Day. At the time, the Mets owed Bonilla $5.9 million but wanted him off the team. Rather than simply pay that money and part ways, the Mets said yes to a counter offer that Bonilla proposed – they would defer his payment until 2011, at which point the Mets would pay $29.8 million in 25 installments until 2035.

On paper, this seems like a really stupid offer for the Mets to accept. Sure, the payment would be deferred, but it would be five times what the team owed Bonilla. Luckily for the former slugger, Mets owner Fred Wilpon was a big believer in Bernie Madoff and figured he could invest the $5.9 million and watch it grow to astronomical proportions by 2035. We don't need to tell you how that worked out for Wilpon.

So now, every July 1, Bonilla gets $1.19 million. He last played professional baseball in 2002 and will be 72 years old by the time he receives his final payment. Amazing. 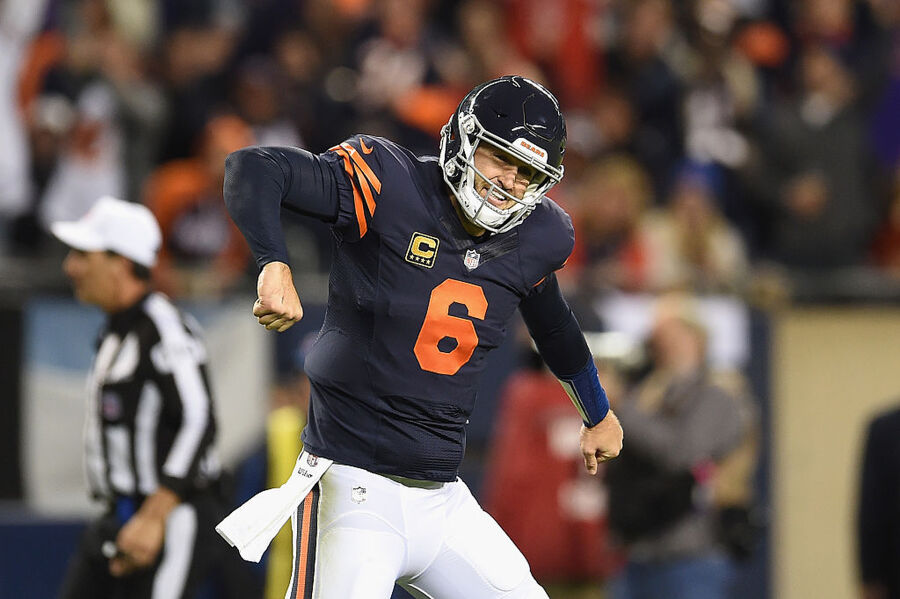 Technically, you could probably also count the one-year, $10 million deal Cutler inked with the Miami Dolphins this offseason, but his contract with the Bears was far more painful. He inked a seven-year, $126.7 million contract extension in 2013 despite never leading the Bears past the NFC Championship Game and having a few wildly inconsistent seasons along the way. Though the Bears only ended up paying Cutler $54 million (the guaranteed portion of his salary), they hung onto him for a couple of years longer than they probably should have, believing that if they were paying a quarterback a lot of money, they might as well play him.

Cutler didn't work out, though, and was cut this offseason. He announced his retirement, though that was short-lived. The Dolphins needed a replacement for Ryan Tannehill, and they sought Cutler to lead them to victory. He hasn't played well, but the Dolphins have a winning record, so maybe life isn't so bad on the other side.

As for the Bears, they absolutely learned their lesson and did not sign Mike Glennon to a three-year, $45 million even though he hadn't started a football game since 2014. Oh, wait…

It's a safe bet that if you have a salary cap rule named after you, you've probably at one point signed an unfairly beneficial contract. Allan Houston was a productive player throughout his career, but when the Knicks signed him to a six-year, $100 million extension, he quickly saw his productivity deteriorate thanks to lingering knee injuries.

As a result, the NBA created the amnesty clause, which has been dubbed the "Allan Houston Rule," to prevent teams from being financially handicapped by a player that is no longer productive. Houston's salary still counted against the cap, but it wouldn't put the Knicks into the luxury tax. Insurance covered most of Houston's remaining $40 million over his last two seasons, but he was the second-highest-paid player in the league during 2005-06 and 2006-07 despite not playing in a single game either year. 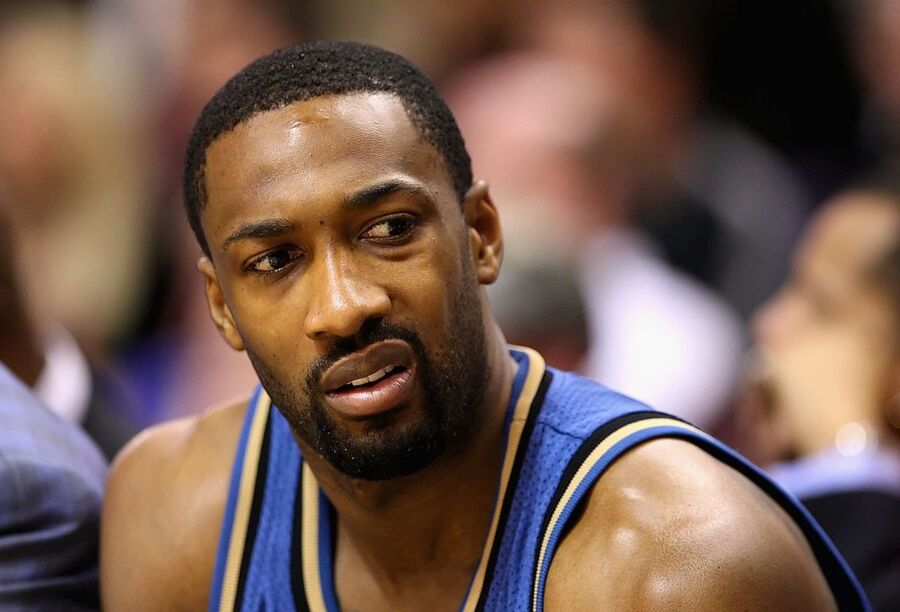 Gilbert Arenas never met a shot he didn't like. The former All-Star point guard signed a six-year, $111 million contract with the Wizards in 2008 that he even later admitted was a terrible deal. While suffering a knee injury was out of Arenas's control, bringing guns into the locker room was very much something he could have avoided doing. Arenas played in just 55 games over two-plus seasons and Washington traded him in 2010. The Wizards just paid him his final paycheck this past December.

Widely regarded as the worst contract in NFL history, the Redskins brought in Haynesworth on a seven-year, $100 million deal with $41 million guaranteed. The deal could have reached $115 million if all incentives were met.

Needless to say, all incentives were not met. Haynesworth didn't even play two full seasons in Washington before the team parted ways. Looking back on it, there were probably some red flags. Haynesworth had said he chose Washington because it had a bigger fan base and media outlet than what he had experienced previously in his career. He also skipped offseason workouts, came into the season overweight and couldn't pass a basic fitness test. Former Redskins teammate Chris Cooley called Haynesworth an "awful human being" and said the only reason the defensive tackle signed in Washington was to get paid without doing any work.

Make no mistake – the $323 million Kobe Bryant made over the course of his career was typically very well deserved. He won five titles with the Los Angeles Lakers while making 18 All-Star appearances and winning the MVP award in 2008. It was just his last contract that crippled the team financially, a situation they're still climbing out of to this day.

The deal was especially curious because when it was signed, Bryant was seven months removed from tearing his Achilles tendon. He missed 63 games in his final two seasons while posting some of the worst numbers of his career, and the Lakers haven't made the playoffs since. 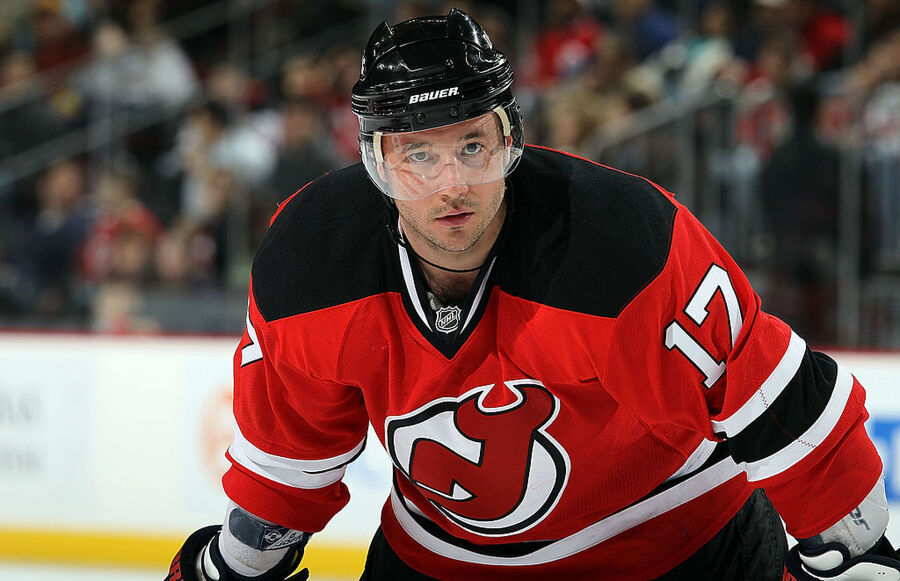 Don't worry, hockey fans – the NHL isn't immune to bad contracts, either. The New Jersey Devils initially offered Kovalchuk a 17-year, $102 million contract, but the league rejected it, claiming the team was trying to circumvent salary cap rules. Instead, Kovalchuk received a 15-year, $100 million deal. He played three years before announcing his retirement from the NHL to go play in Russia, his home country. He had 12 years and $77 million remaining when he left.

But wait, there's more! Kovalchuk recently announced he's interested in returning to the NHL and is eyeing a comeback for the 2018-19 season. He'll be 35 years old by then, but if he's still playing well, some team will likely sign him. Let's just hope they're a bit more reasonable with their money.