The fact that NBA players earn a lot of money is no real surprise. After all, the salary cap is a shade over $99 million – there's plenty of money to spend. As a result, the average salary this season was nearly $6.4 million. Even the veteran's minimum is a comfortable amount, at a little less than $2.4 million. If you're in the league today, chances are you're making a good amount of money.

But it wasn't always that way. Even just ten years ago, the salary cap was a little less than $58.7 million. That's a huge increase over a decade. For players that have been in the league the whole time, it can be very lucrative. Sometimes a player just keeps earning money. He may put up some good stats or make some All-Star teams, but it's generally not the type of guy you think of when you imagine an NBA star.

Here are seven players who have earned a huge amount of money over their careers.

One of the few athletes who goes by just one name, Nene spent the first nine-plus seasons of his career on the Denver Nuggets. From 2008 to 2012, he was a bastion of consistency. Nene averaged between 13.7 and 14.6 points and between 7.5 and 7.8 rebounds in each of those seasons. Since then, he's also played for the Washington Wizards and the Houston Rockets, but hasn't reached that same level of production. He barely even saw the court in the playoffs this year as the Rockets were eliminated in the conference semifinals.

Deng signed a four-year, $72 million with the Los Angeles Lakers back in the summer of 2016. That deal turned out to age poorly, as Deng posted the worst numbers of his career in L.A. The Lakers bought out the remainder of his contract last summer, and Deng was reunited with his old Bulls coach, Tom Thibodeau. Deng has made two All-Star teams in his career but has also had some bad luck with team success. He left the Cleveland Cavaliers in 2014 to join the Miami Heat. The Heat had just made four straight NBA Finals appearances, though 2014 was the year LeBron James left to return to Cleveland. The Cavs made the Finals while the Heat missed the playoffs altogether.

By the time his contract is up, Aldridge will be even higher on this list. He's still due $50 million from the San Antonio Spurs over the next two seasons. Here's another fun fact: Aldridge has increased the amount of money he's made every single year since entering the league in 2006. And how about one more interesting tidbit, for good measure? The night the Bulls drafted him, they immediately traded him to the Portland Trail Blazers for a pick that turned out to be Tyrus Thomas. Thomas last played in the league in 2015 and made about $46.6 million for his career. 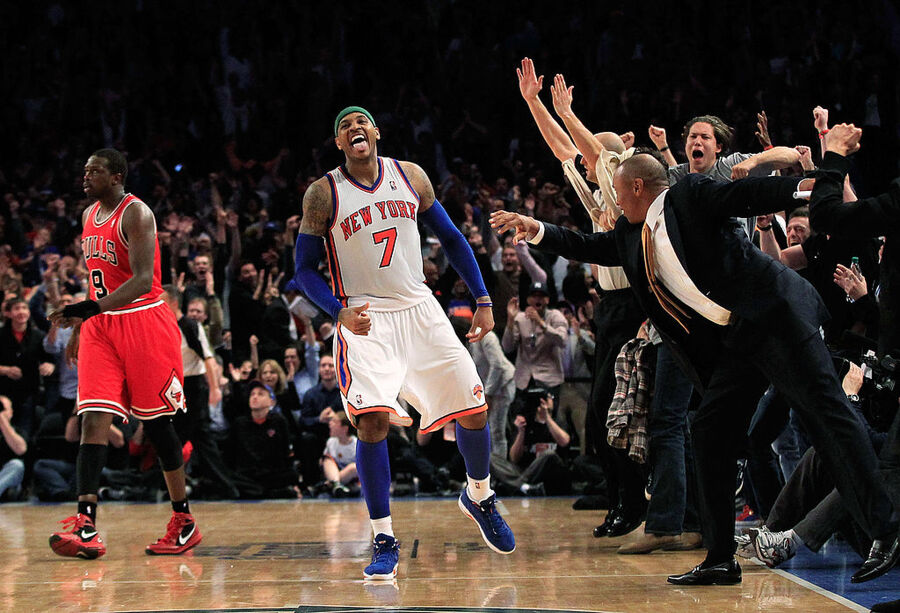 Taken with the No. 2 pick of the 2001 NBA Draft, Chandler has played for seven teams – but not the one that drafted him. The Clippers traded the then-19-year-old Chandler to the Chicago Bulls; Chandler showed glimpses of potential but really didn't peak until later in his career. He won a championship with the Dallas Mavericks in 2011, won NBA Defensive Player of the Year the next season and made his only All-Star team two years later with the New York Knicks. Chandler has never been a superstar, but he's been a consistently solid defensive presence. That's enough to get you paid.

Proving it's good to have some longevity, Randolph didn't play a single game this past season, yet still made nearly $11.7 million. Even though his game would be more of a fit with the bruising post-up playing style of the 90s, Randolph has been a very productive player over the course of his career, averaging 16.6 points and 9.1 rebounds. He hasn't officially retired from the NBA, but he's turning 38 this summer. He still put up solid numbers in his last season, though – will a team in need of a big body down low take a chance on him?

If you were to guess the top ten earners in NBA history, would Joe Johnson be on your list? Probably not, yet up until last year, Johnson was No. 8 on the league's career earnings list. The wing has amassed a healthy amount of money throughout his career. Perhaps more impressively, he never made more than $25 million in a single season. At his peak, Johnson was one of the most reliable scorers in the league, averaging nearly 21 points on 50 percent effective field goal percentage. He never made the NBA Finals, but he did receive seven total All-Star selections, including six in a row with the Atlanta Hawks. Johnson didn't play this past season, and he signed with the BIG3 league, so his NBA days may be behind him. Still, his total career earnings are nothing to scoff at.

Anthony was part of the powerhouse 2003 NBA Draft that featured LeBron James, Chris Bosh, and Dwyane Wade. Yet Anthony hasn't had the same success as his fellow draft mates. James, Bosh, and Wade have all won multiple championships; Anthony only ever reached the conference finals once. Don't feel too bad for Anthony, though – he's made nearly $260 million throughout his career. He also managed to get nearly $28 million from two different teams this year, despite playing in only 10 games all season – and that was for a third team.

In fact, outside of his rookie contract, Anthony has never made less than $13 million in a single season. He was one of the most prolific scorers of the past two decades, and his career averages of 24.1 points and 6.6 rebounds are nothing to sneeze at. But the knock on Anthony has always been that his stats have come at the expense of his team's success. Trying to join a contender in the Houston Rockets didn't work this season. Will someone else give the 10-time All-Star – who's still just 34 years old – a shot next year?