Setting A Record At The NFL Combine Might Earn Rookies An Island… Yes, An Island!

The NFL combine offers incoming rookies a chance to make an impression on scouts around the league. Sure, players can perform poorly at the combine and still have good careers, or vice-versa, but teams typically put a solid amount of stock in what happens at the combine.

Adidas is taking things one step further. The company is offering rookies a prize if they break the combine record for fastest 40-yard dash, which is 4.24 seconds, set by Chris Johnson in 2008. That prize? An island.

There are a few contingencies, naturally. The player has to set the record while wearing the Adidas Adizero 5-star 40 cleats and must endorse the company's shoes for the entire upcoming season. 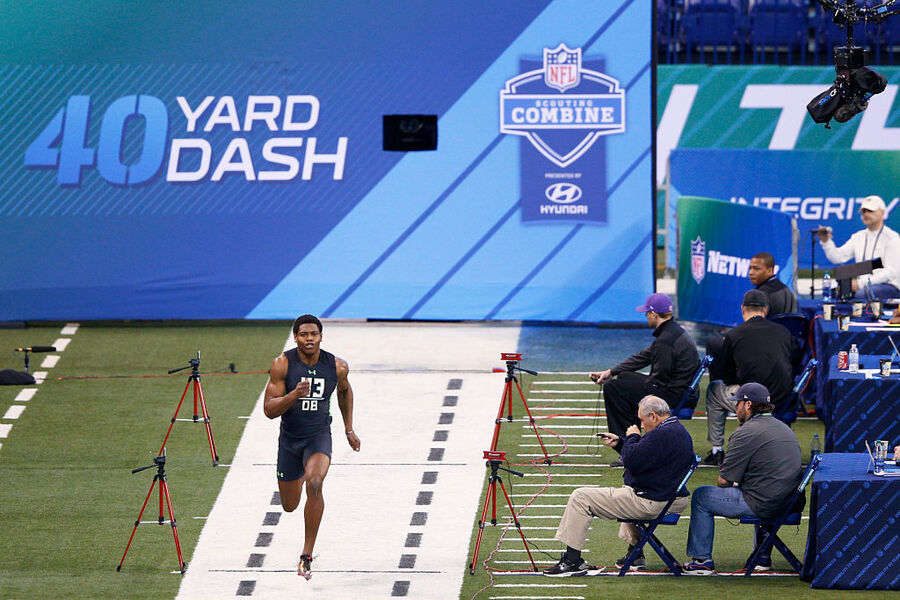 Adidas agrees to provide a winner with an island "as soon as reasonably possible," but the athlete could also choose to take a $1 million prize instead. Adidas isn't responsible for paying taxes on either prize.

Washington WR John Ross already broke the record over the weekend, running the 40 in 4.22 seconds. But he was wearing a pair of Nike cleats, so the island prize is still up for grabs.

This isn't the first time Adidas has offered incoming rookies a reward for the fastest 40 times. In the past, they've given endorsement deals or cash prizes up to $100,000 for the speediest players. Eric Dickerson, who set the record for single-season rushing yards with 2,105 in 1984, tweeted that he only received a carrot cake from Adidas for breaking the record. These rewards have come a long way since then.

If you do a little digging online, you can find islands for sale in both Central America and Canada that can be purchased for less than $1 million. That seems to make the cash prize the better deal. Factor in the additional costs of owning an island, such as building a home, providing said home with running water and electricity and stocking the home with some form of entertainment (or at least food), and it might become more of a headache than it's worth.

Still… how cool would it be to tell someone "let's hang out at my island?" That's a pretty great perk. We'll see if the fastest time gets beaten this weekend while rocking the Adizero cleats.