Millions of kids play in youth baseball leagues every year in the United States. Hundreds of thousands play in high school, and of those, a tiny percentage are lucky enough to go on to play in college or the pros. If the draft numbers from 1987 to 2008 are any indication, only 17.2 percent of the 900 players selected each year in the draft ever make it to the majors.

The chance that a Cuban player gets a shot in the majors is higher, but that is due largely in part to a much smaller sample size. Cubans have to defect to sign with teams, and with the dangers involved, probably don't do so without having reason to believe they will make a roster.

While the odds may be better for Cuban players, one would hope any player would be careful not to blow the opportunity – but it looks like Los Angeles Dodgers shortstop Erisbel Arruebarrena could be doing just that. 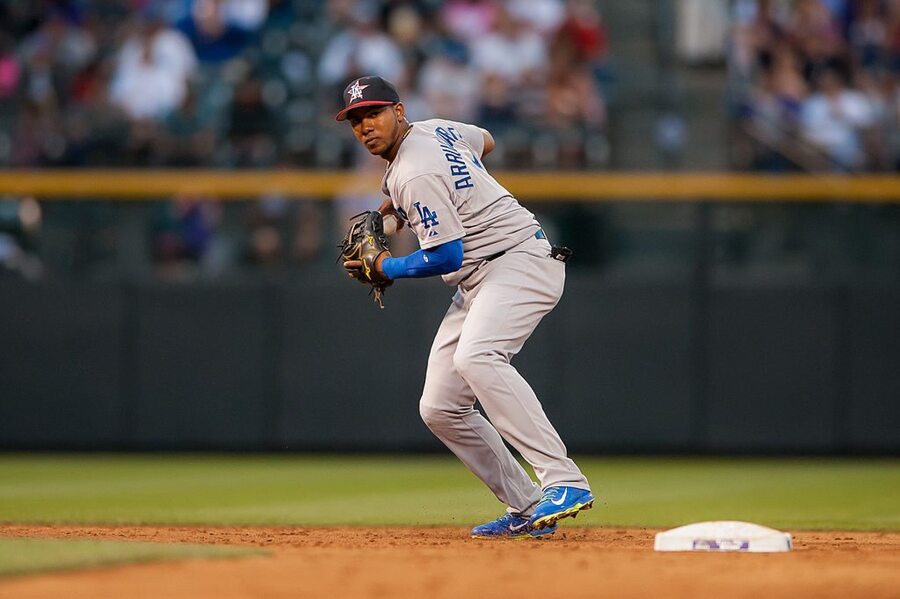 The Dodgers clearly had high hopes for him when they signed him to a five-year, $25 million contract in 2014. However, after poor play and even worse behavior, it appears that the team may have soured on their once-future shortstop.

Arruebarrena has been suspended for the season—again. The first time occurred in May of last season. The team shared the news of the suspension affecting this season in early May. On both occasions, the team said it was because of "repeated failure to comply with the terms of his contract."

He filed a grievance against the team last year, and his agent succeeded in getting it knocked down to 30 days. That would have been a wake-up call for most, but apparently not for Arruebarrena.

Had he at least been playing well, the team may have been more willing to overlook some things and work with him. However, he hit just .195 in 22 games during the 2014 season when he was called up for an injured Hanley Ramirez. After getting sent back down, he didn't play much better – even sparked a brawl in one game that resulted in 10 players getting ejected.

His game showed no signs of improvement before or after his suspension last season. The team didn't even bother inviting him to spring training this year.

Whatever he did to make the team suspend him for the season twice has not been made public, and there is no indication that it ever will be. One would think that anything egregious enough to warrant such a serious punishment would have made the news. At the least, it would be the talk of social media. There hasn't been a peep.

If his agent has filed another grievance with hopes of getting the suspension reduced again, the news has not been made public. A year-long suspension will cost him his $4 million salary. It is hard to imagine he will not at least give it a try.